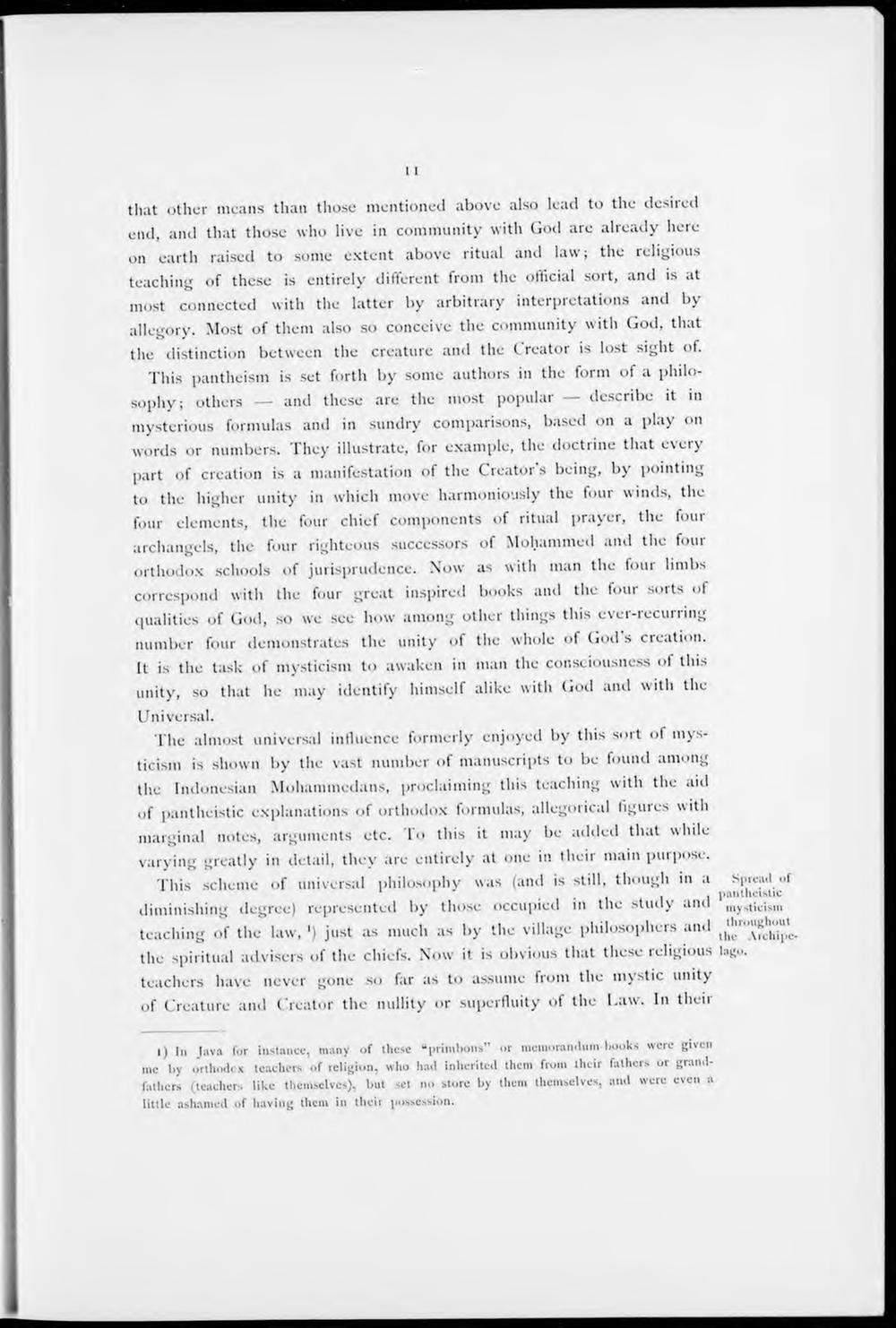 that other means than those mentioned above also lcad to the desired end, and that those who live in community with God are already here on earth raised to sonie extent above ritual and law; the religious teaching of these is entirely different from the official sort, and is at most connected with the latter by arbitrary interpretations and by allegory. Most of them also so conceive the community with God, that the distinction between the creature and the Creator is lost sight of.

This pantheism is set forth by some authors in the form of a philosophy; others — and these are the most popular — describe it in mysterious formulas and in sundry comparisons, based on a play on words or numbers. They illustrate, for example, the doctrine that every part of creation is a manifestation of the Creator s being, by pointing to the higher unity in which move harmoniously the four winds, the four clements, the four chief components of ritual prayer, the four archangels, the four righteous successors of Mohammed and the four orthodox schools of jurisprudence. Now as with man the four limbs correspond with the four great inspired books and the four sorts of qualitics of God, so we see how among other things this evei-recurring number four demonstrates the unity of the whole of God's creation.

It is the task of mysticism to awaken in man the consciousness of this unity, so that he may identify himself alike with God and with the Universal.

The almost universal influence formerly enjoyed by this sort of mysticism is shown by the vast number of manuscripts to be found among the Indonesian Mohammedans, proclaiming this teaching with the aid of pantheistic explanations of orthodox formulas, allegorical figures with marginal notes, arguments etc. To this it may be added that while varying greatly in detail, they are entirely at one in their main purpose.

This scheme of universal philosophy was (and is still, though in a Spread o

teaching of the law, ') just as mucli as by the village philosophers and the spiritual advisers of the chiefs. Now it is obvious that these religious lago. teachers have never gone so far as to assume from the mystic unity of Creature and Creator the nullity or superfluity of the Law. In their

i) In Java for instance, many of these "primbons" or memorandum-books were given me by orthodox teachers of religion, who had inherited them from their fathers or grandfathers (teachers like themselves), but set no store by them themselves, and were even a little ashamed of having them in their possession.