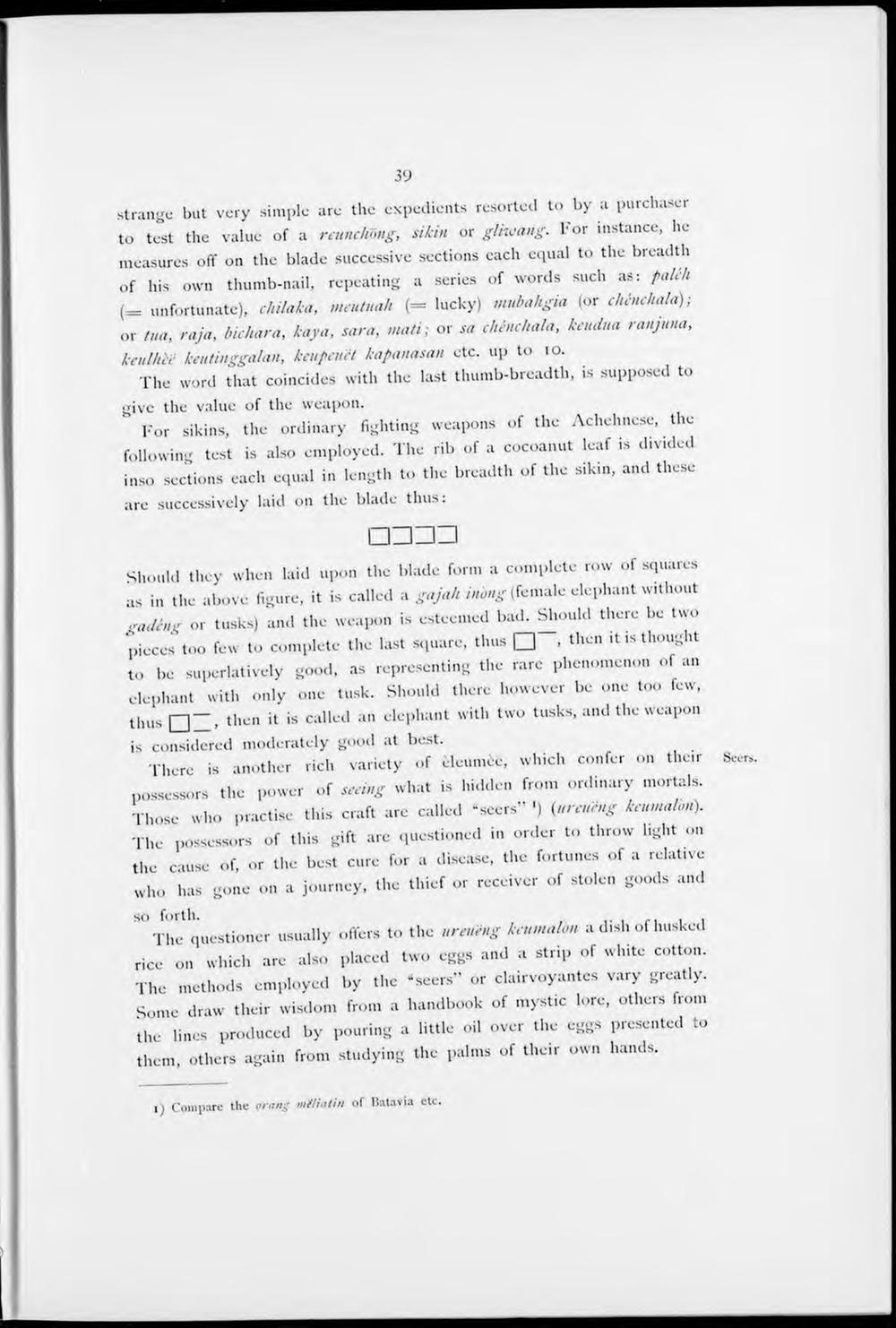 strange but very simplc are the expedients resortcd to by a purchaser to test the value of a reunchöng, sikin or gliwang. For instance, he measures off on the blade successive sections each equal to the breadth of his own thumb-nail, repeating a series of words such as: palch (= unfortunate), chilaka, meutuah (= lucky) mubaligia (or chénchala)-,

The word that coincides with the last thumb-breadth, is supposed to

give the value of the weapon.

' For sikins, the ordinary fighting weapons of the Achehnese, the following test is also employed. The rib of a cocoanut leaf is divided inso sections each equal in length to the breadth of the sikin, and these

are successively laid 011 the blade thus.

Should they when laid upon the blade form a complete row of squares as in the above figure, it is called a gajah inbng{female elephant without •radeng or tusks) and the weapon is esteemed bad. Should there be two pieces too few to complete the last square, thus □ , then it is thought to be superlatively good, as representing the rare phenomenon of an elephant with only one tusk. Should there however be one too few,

thus then it is called an elephant with two tusks, and the weapon

is considered moderately good at best.

There is another rich variety of èleumee, which confer on their Seers.

possessors the power of seeing what is hidden from ordinary mortals.

Those who practise this craft are called "seers" ') {ureuëng kcumalon).

the cause of, or the best cure for a discase, the fortunes of a relative

who has gone on a journey, the thief or receiver of stolen goods and

The questioner usually offers to the ureuëng kcumalon a dish of husked rice 0.1 which are also placcd two eggs and a strip of white cotton. The methods employed by the "seers" or clairvoyantes vary greatly.

Some draw their wisdom from a handbook of mystic lore, others from the lines produced by pouring a little oil over the eggs presented to them, others again from studying the palms of their own hands.