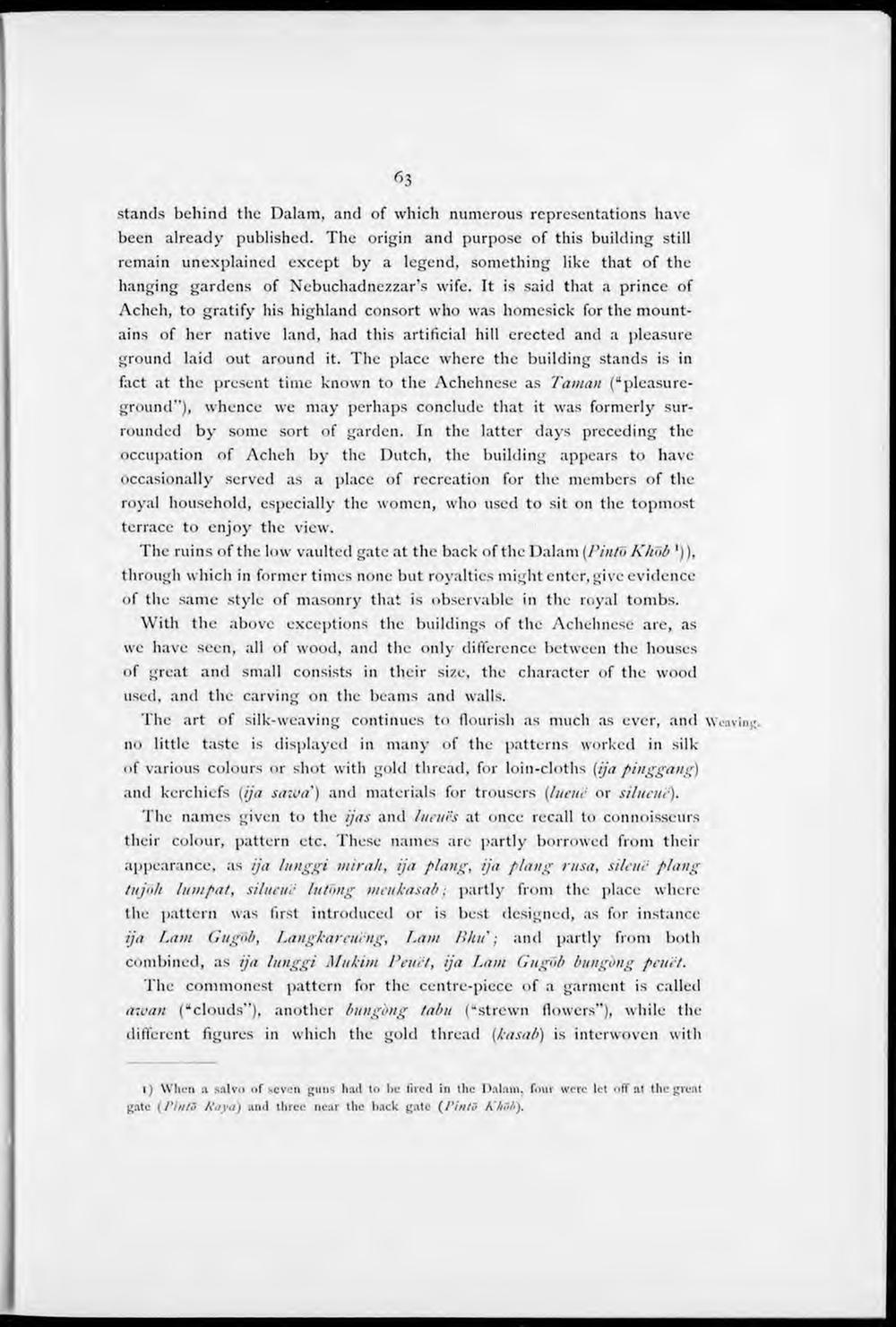 stands behind the Dalam, and of which numcrous representations have been already publishcd. The origin and purpose of this building still remain unexplained except by a legend, something like that of the hanging gardens of Nebuchadnezzar's wife. It is said that a prince of Acheh, to gratify his highland consort who was homesick for the mountains of her native land, had this artificial hill erected and a pleasure ground laid out around it. The place where the building stands is in fact at the present time known to the Achehnese as Taman ("pleasureground"), whence we may perhaps conclude that it was formerly surroundcd by some sort of garden. In the latter days preceding the occupation of Acheh by the Dutch, the building appears to have occasionally served as a place of recreation for the members of the royal household, especially the women, who used to sit on the topmost terrace to enjoy the view.

The ruins of the low vaulted gate at the back of the Dalam (Pintö Khöb ')),

through which in former times none but royalties might enter, give evidence of the same style of masonry that is observable in the royal tombs.

With the above exceptions the buildings of the Achehnese are, as wc have seen, all of wood, and the only difierence betvveen the houses of great and small consists in their size, the character of the wood used, and the carving on the beams and walls.

The art of silk-weaving continues to flourish as mucli as ever, and w'caving. no little taste is displayed in many of the patterns worked in silk of various colours or shot with gold thread, for loin-cloths (ija pinggang) and kerchiefs (ija sawa') and materials for trousers (lueuë or silueuë).

The commonest pattern for the centre-piece of a garment is called awati ("clouds"), another bungbng tabu ("strewn flowers"), while the different figures in which the gold thread (kasab) is interwoven with

i) When a salvo of se ven guns had to be fired in the Dalam, four were let oflf at the great gate (Pintö A*ayd) and three near the back gate (Pinto A'hD/t).