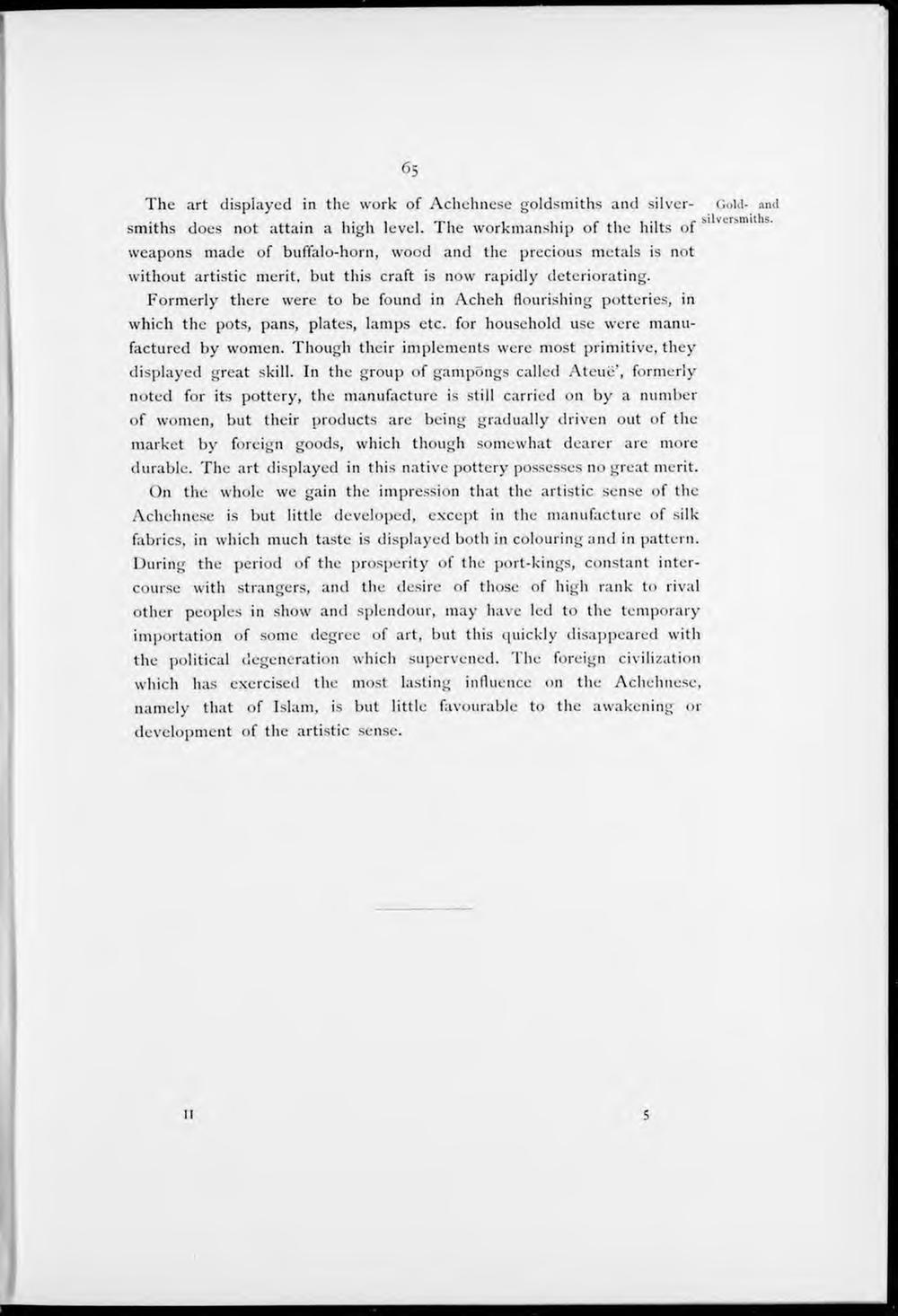 The art displayed in the work of Achehnese goldsmiths and silver- Gold- and smiths does not attain a high level. The workmanship of the hilts weapons made of buffalo-horn, wood and the precious metais is not without artistic merit, but tliis craft is now rapidly deteriorating.

Formerly there were to be found in Acheh flourishing potteries, in which the pots, pans, plates, lamps etc. for household use were manufactured by women. Though their implements were most primitive, they displayed great skill. In the group of gampöngs called Ateuë', formerly noted for its pottery, the manufacture is still carried 011 by a number of women, but their products are being gradually driven out of the market by foreign goods, which though somewhat dearer are more durable. The art displayed in this native pottery possesses no great merit.

On the whole we gain the impression that the artistic sense of the Achehnese is but little developed, except in the manufacture of silk fabrics, in which much taste is displayed both in colouring and in pattern.

During the period of the prosperity of the port-kings, constant intercourse with strangers, and the desire of those of high rank to rival other peoples in show and splendour, may have led to the temporary importation of some degree of art, but this quickly disappeared with the political degeneration which supervened. The foreign civilization which lias exercised the most lasting influence on the Achehnese,

namcly that of Islam, is but little favourable to the awakening or development of the artistic sense.