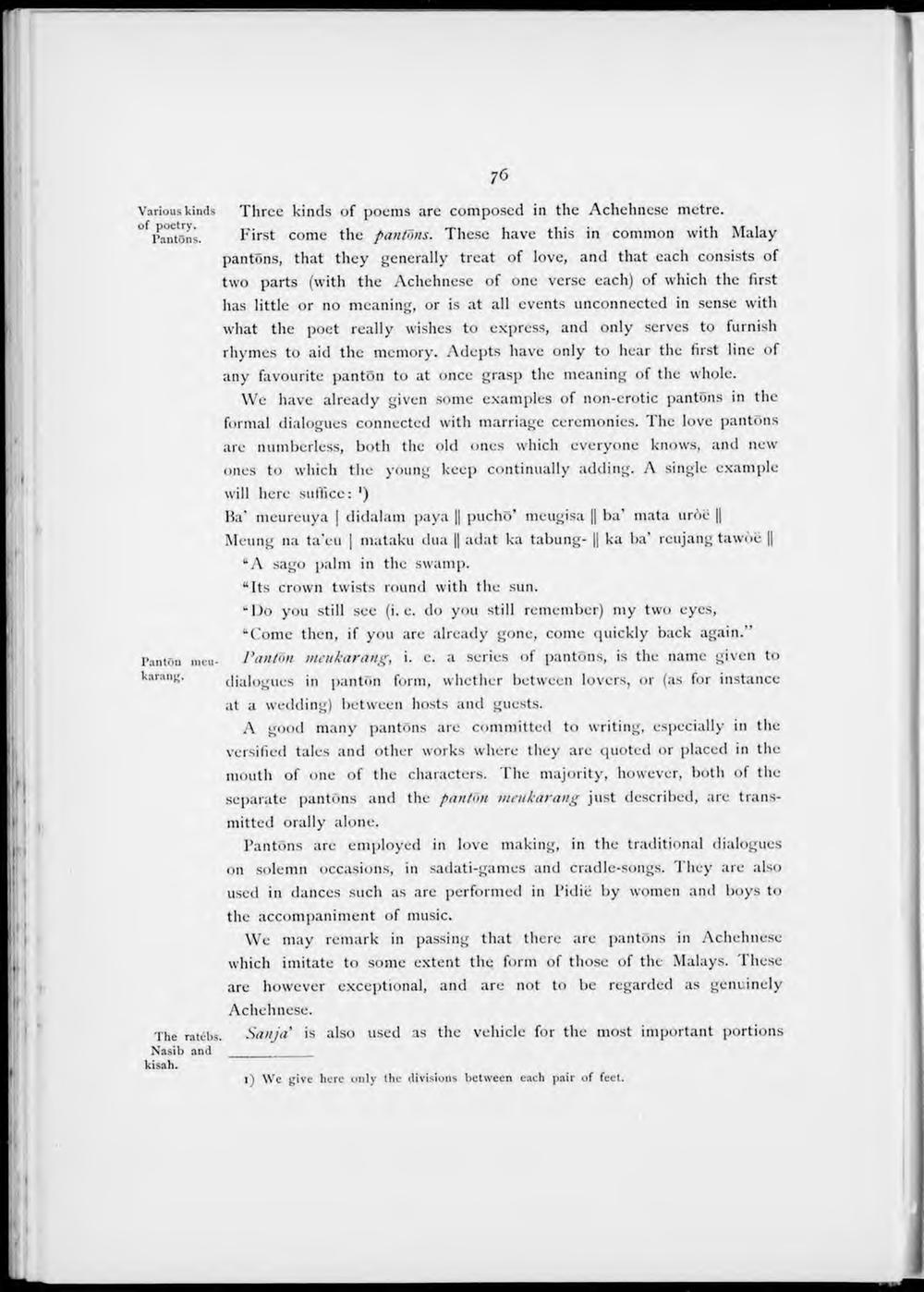 Various kinds Thrce kinds of poems are composcd in the Achehnese metre. °fPantons. First come the pantöns. These have this in common with Malay pantöns, that they generally treat of love, and that each consists of two parts (with the Achehnese of one verse each) of which the first has little or no meaning, or is at all events unconnected in sense with what the poet really wishes to express, and only serves to furnish rhymes to aid the memory. Adepts have only to hear the first line of any favourite panton to at once grasp the meaning of the whole.

We have already given some examples of non-erotic pantöns in the formal dialogues connected with marriage ceremonies. The love pantöns are numberless, both the old ones which everyone knows, and new ones to which the young keep continually adding. A single example will here suffice: ')

"lts crown twists round with the sun.

"Come tlien, if you are already gone, come quickly back again." Panton ïneu- Panton meukarang, i. e. a series of pantöns, is the name given to karang. dialogues in panton form, whether between lovers, or (as for instance at a wedding) between hosts and guests.

A good many pantöns are committed to writing, especially in the versified tales and other works where they are quotcd or placed in the mouth of one of the characters. The majority, however, both of the separate pantöns and the panton meukarang just described, are transmitted orally alone.

Pantöns are employed in love making, in the traditional dialogues on solemn occasions, in sadati-games and cradle-songs. They are also used in dances such as are performed in Pidië by women and boys to the accompaniment of music.

We may remark in passing that there are pantöns in Achehnese which imitate to some extent the form of those of the Malays. These are however exceptional, and are not to be regarded as genuinely Achehnese.

The ratébs. San ja' is also used as the vehicle for the most important portions

i) Wc give here only the divisions between each pair of feet.