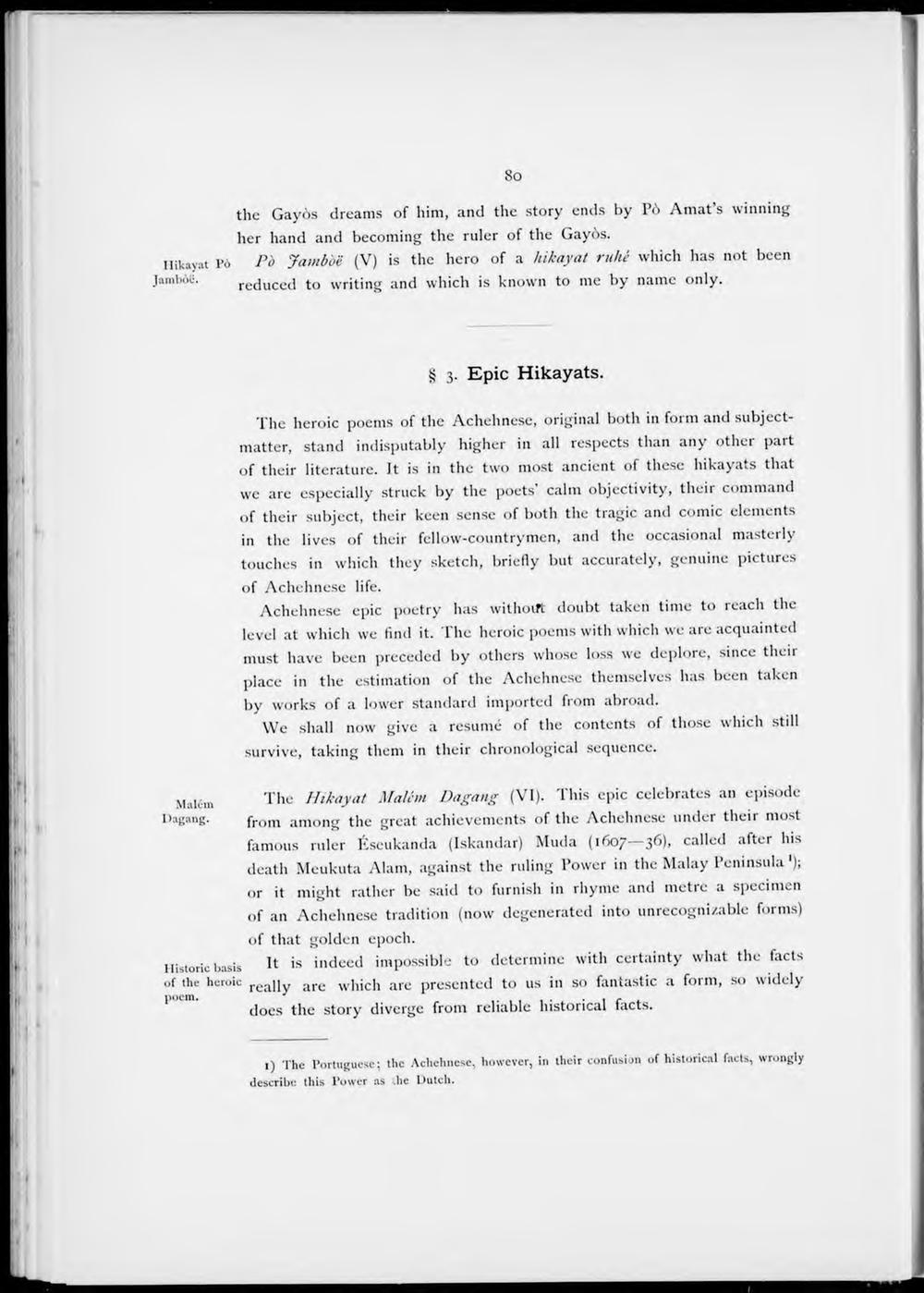 the Gayós dreams of him, and the story ends by Pö Amat's winning her hand and becoming the ruler of the Gayös.

Hikayat Pó Pö Jamboè (V) is the hero of a hikayat ruhé which has not been jambóë. reduced to writing and which is known to me by name only.

The heroic poems of the Achehnese, original both in form and subjectmatter, stand indisputably higher in all respects than any othei part of their literature. It is in the two most ancient of these hikayats that wc are especially struck by the poets" calm objectivity, their command of their subject, their keen scnse of both the tragic and comic clements in the lives of their fcllow-countrymen, and the occasional masterly touches in which they sketch, briefly but accurately, genuine pictures

Achehnese epic poetry has withoift doubt taken time to reach the level at which we find it. The heroic poems with which we are acquainted must have been preceded by others whose loss we deplore, since their place in the estimation of the Achehnese themselves has been taken by works of a lower Standard imported from abroad.

We shall now give a resumé of the contents of those which still survive, taking them in their chronological sequence.

Malém The Hikayat Malém Dagang (VI). This epic celebrates an episode Dagang. from among the great achievements of the Achehnese under their most famous ruler Éseukanda (Iskandar) Muda (1607 36), called .ifter his death Meukuta Alam, against the ruling Power in the Malay Peninsula'); or it might rather be said to furnish in rhyme and metre a specimen of an Achehnese tradition (now degenerated into unrecognizable forms) of that golden epoch.

Historie basis It is indeed impossible to determine with certainty what the facts of the heroic reaiiy are which are presented to us in so fantastic a form, so widely does the story diverge from reliable historical facts.

1) The Portuguese; the Achehnese, however, in their confusiun of historical facts, wrongly describe this Power as ihe lJutch.