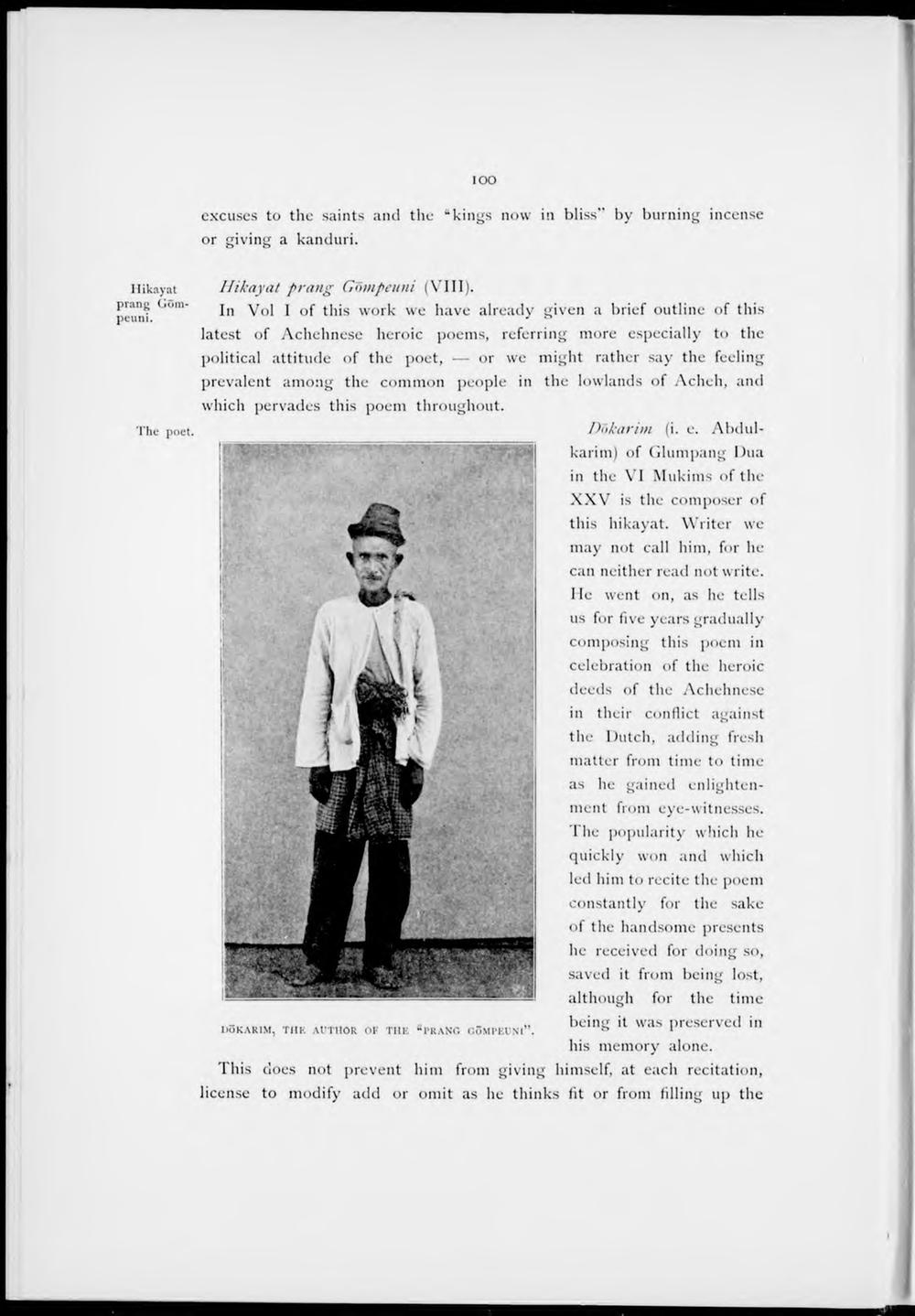 excuses to the saints and the "kings novv in bliss" by burning incense or giving a kanduri.

piang Gom- jn yoj j j. tj1js work we have already given a brief outline of this peuni. J °

latest of Achehnese heroic poems, referring more especially to the political attitude of the poet, — or we might rather say the feeling prevalent amoag the common people in the lowlands of Acheh, and which pervades this poem throughout.

karim) of Glumpang Dua in the VI Mukims of the XXV is the composer of this hikayat. Writer we may not call him, for he can neither read not write. He went on, as he tells us for five years gradually composing this poem in celebration of the heroic deeds of the Achehnese in their conflict against the Dutch, adding fresh matter from time to time as he gained enlightenment from eye-witnesses. The popularity which he quickly won and which led him to recite the poem constantly for the sake of the handsome presents he received for doing so, saved it from being lost, although for the time

This does not prevent him from giving himself, at each recitation, license to modify add or omit as he thinks fit or from filling up the