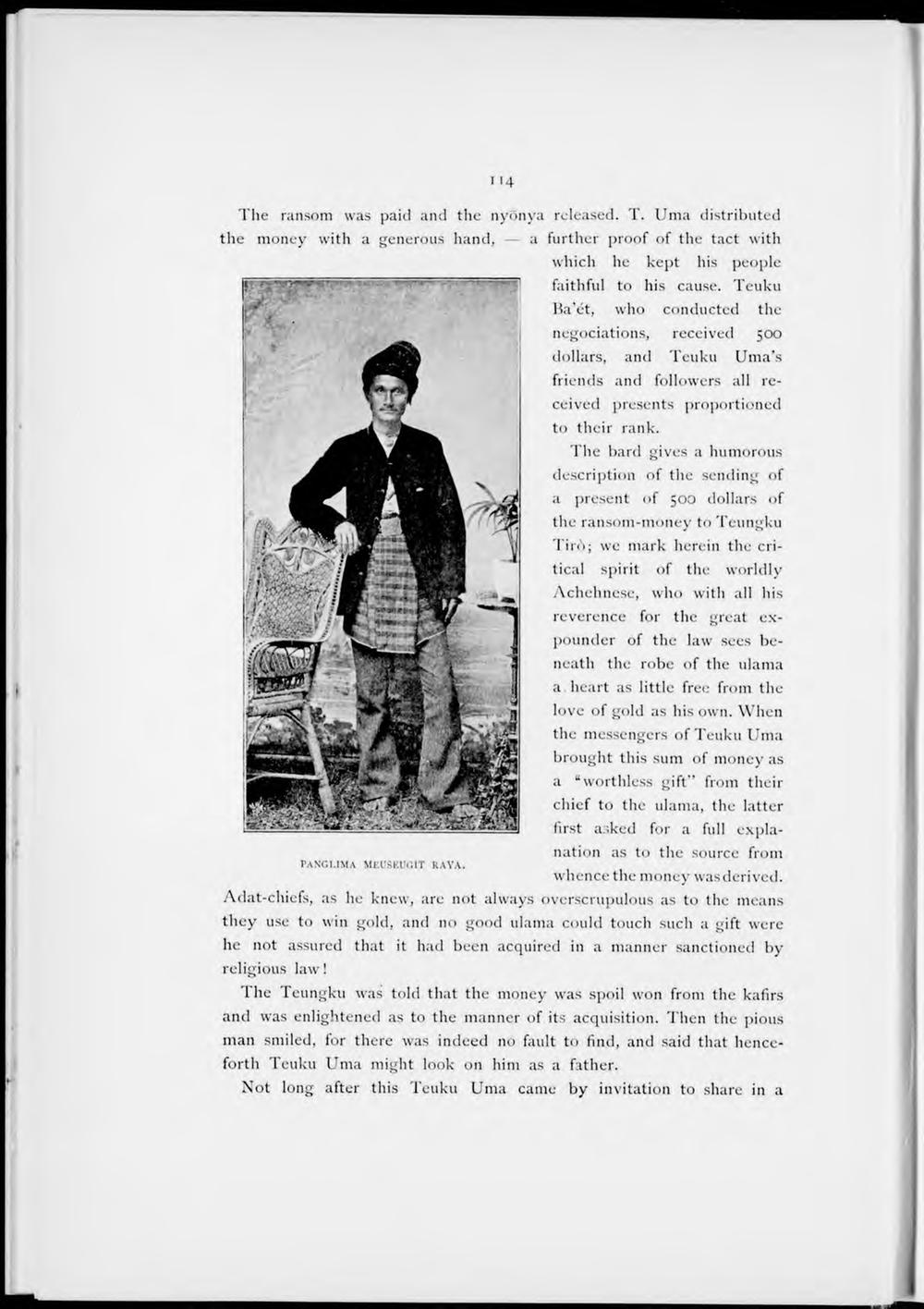 The ransom was paid and the nyönya released. T. Uma distributed the money with a generous hand, — a further proof of the tact with

vvhich he kept his people

faithful to his cause. Teuku Ba'ét, who conducted the negociations, received 500 dollars, and Teuku Uma's friends and followers all received presents proportioned to their rank.

The bard gives a humorous description of the sending of a present of 500 dollars of the ransom-money to Teungku Tiró; we mark herein the critical spirit of the worldly Achehnese, who with all his reverence for the great expounder of the law sees beneath the robe of the ulama a.heart as little free from the love of gold as his own. When the messengers of Teuku Uma brought this sum of money as a "worthless gift" from their chief to the ulama, the latter first asked for a full expla-

nation as to the source from

whence the money wasderived. Adat-chicfs, as he knew, are not always overscrupulous as to the means they use to win gold, and 110 good ulama could touch such a gift were he not assured that it had been acquired in a manner sanctioned by religious law!

The Teungku was told that the money was spoil won from the kafirs and was enlightened as to the manner of its acquisition. Then the pious man smiled, for there was indeed no fault to find, and said that henceforth Teuku Uma might look on him as a father.