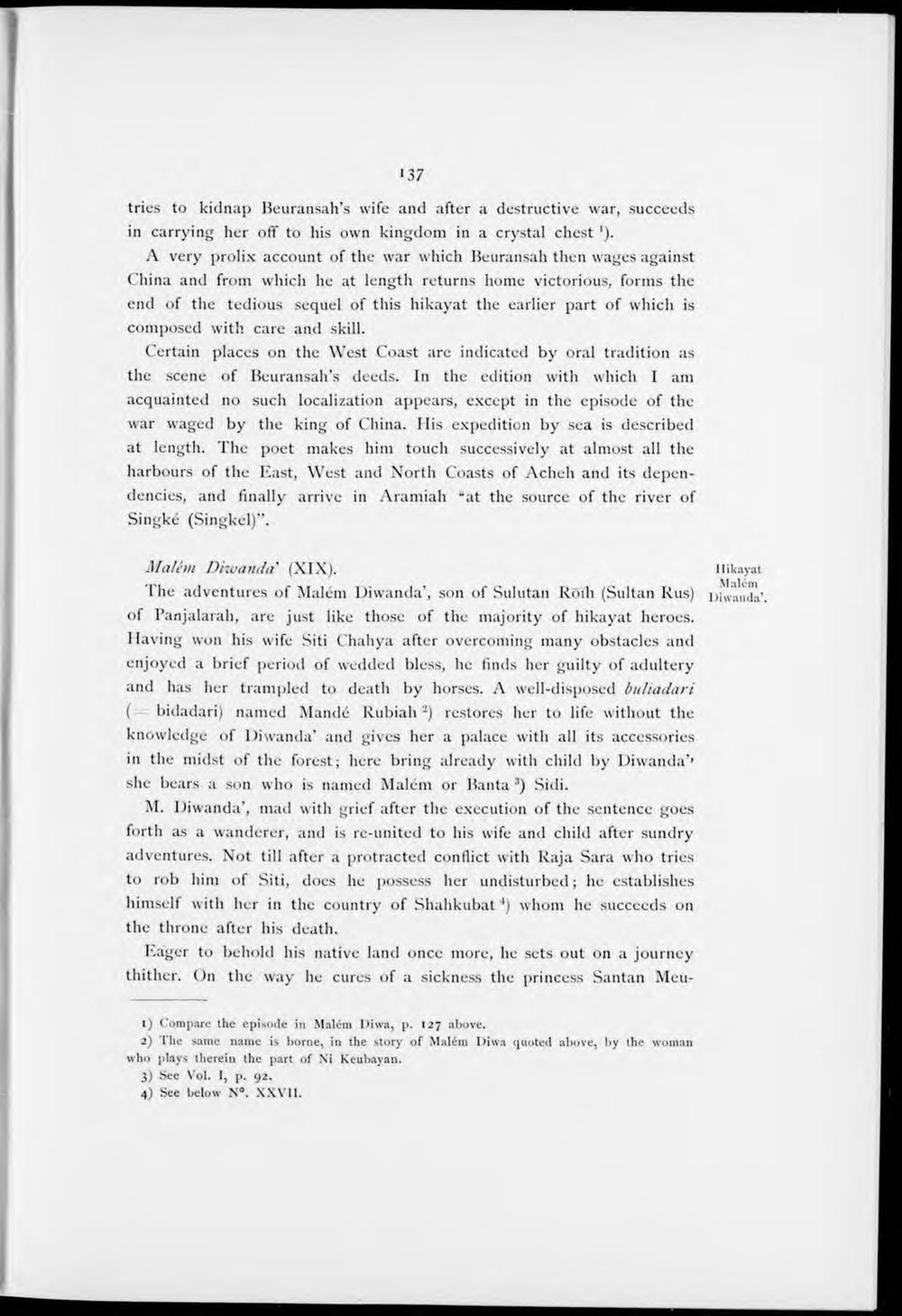 tries to kidnap Beuransah's vvife and after a destructive war, succeeds in carrying her off to his own kingdom in a crystal chest ').

A very prolix account of the war which Beuransah then wages against China and from which he at length returns home victorious, forms the end of the tedious sequel of this hikayat the earlier part of which is composed with care and skill.

Certain places on the West Coast are indicated by oral tradition as the scene of Beuransah's deeds. In the edition with which I am acquainted no sucli localization appears, except in the episode of the war waged by the king of China. His expedition by sea is described at length. The poet makes him touch successively at almost all the harbours of the East, West and North Coasts of Acheh and its dependencies, and finally arrivé in Aramiah "at the source of the river of Singké (Singkel)".

Having won his wife Siti Chahya after overconiing many obstacles and enjoyed a brief period of wedded bless, he finds her guilty of adultery and has her trampled to death by horses. A well-disposed buliadari ( bidadari) named Mandé Rubiah2) restores her to life without the knowledge of Diwanda' and gives her a palace with all its accessories in the midst of the forest; here bring already with child by Diwanda''

she bears a son who is named Malém or Banta 3) Sidi.

M. Diwanda', mad with grief after the execution of the sentence goes fortli as a wanderer, and is re-united to his wife and child after sundry adventures. Not till after a protracted conflict with Raja Sara who tries to rob him of Siti, does he possess her undisturbed; he establishes himself with her in the country of Shahkubat4) whom he succeeds 011 the throne after his death.

Ea'ger to behold his native land once more, he sets out on a journey thither. On the way he cures of a sickness the princess Santan Meu-

2) The same name is borne, in the story of Malém Diwa quoted above, by the woman who plays therein the part of Ni Keubayan.