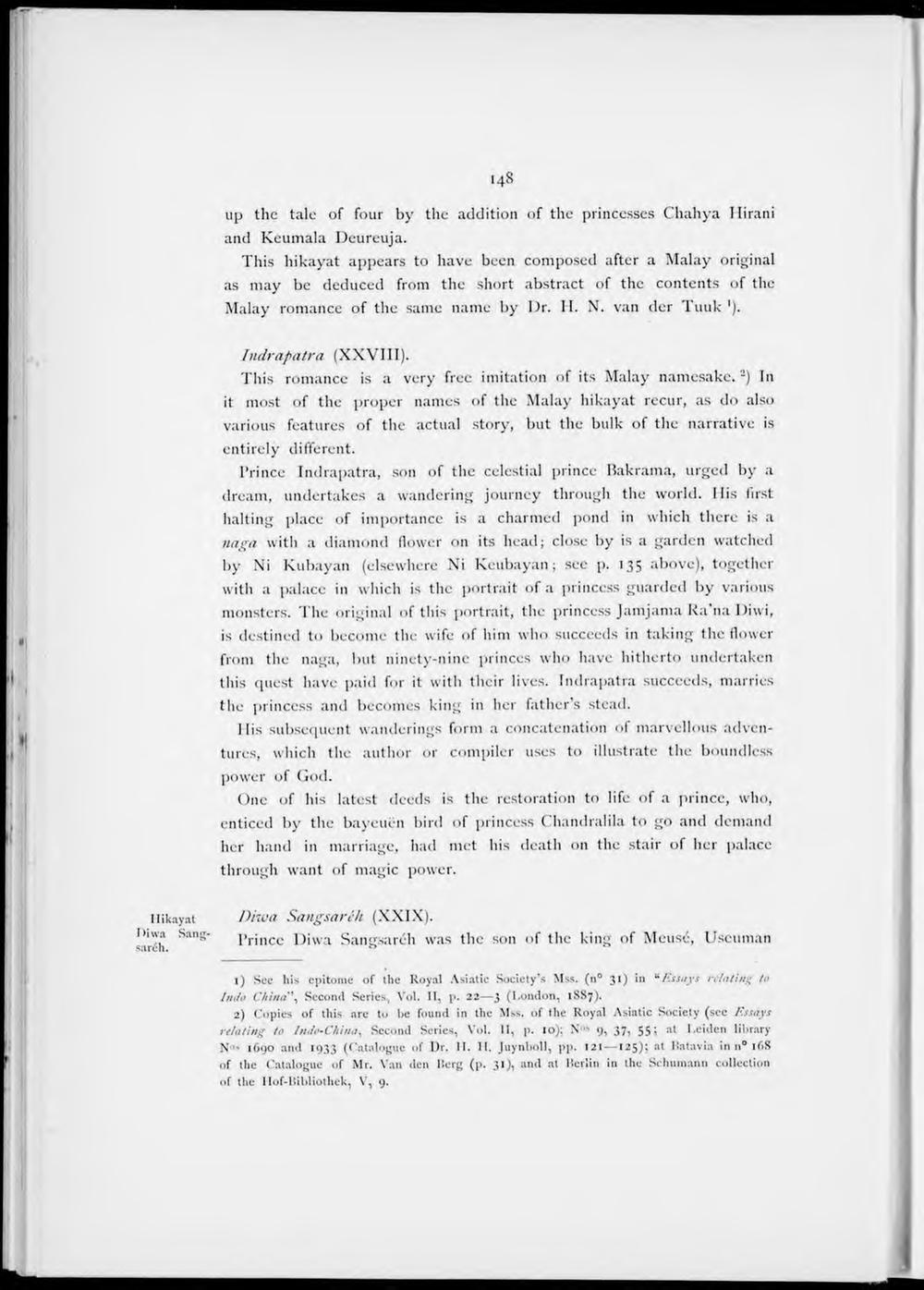 up the tale of four by the addition of the princesses Chahya Hirani and Keumala Deureuja.

This hikayat appears to have been composed after a Malay original as may be deduced from the short abstract of the contents of the Malay romance of the same name by Dr. H. N. van der Tuuk ').

This romance is a very free imitation of its Malay namesake.2) In it most of the proper names of the Malay hikayat recur, as do also various features of the actual story, but the bulk of the narrative is entirely different.

1'rince Indrapatra, son of the celestial prince Bakrama, urged by <a dream, undertakes a wandering journey through the world. Ilis first halting place of importance is a charmed pond in which there is a naga with a diamond flower 011 its head; close by is a garden watched by Ni Kubayan (elsewhere Ni Keubayan; sec p. 135 above), together with a palace in which is the portrait of a princess guarded by various monsters. The original of tliis portrait, the princess Jamjama Ra'na Diwi, is destined to become the wife of him who succeeds in taking the flower from the naga, but ninety-nine princes who have hitherto undertaken this quest have paid for it with their lives. Indrapatra succeeds, marries the princess and becomes king in her father's stead.

His subsequent wanderings form a concatcnation of marvellous adventures, which the author or compiler uses to illustrate the boundless power of God.

One of his latest deeds is the restoration to life of a prince, who, enticed by the bayeuën bird of princess Chandralila to go and demand her hand in marriage, had met his death on the stair of her palace through want of magie power.