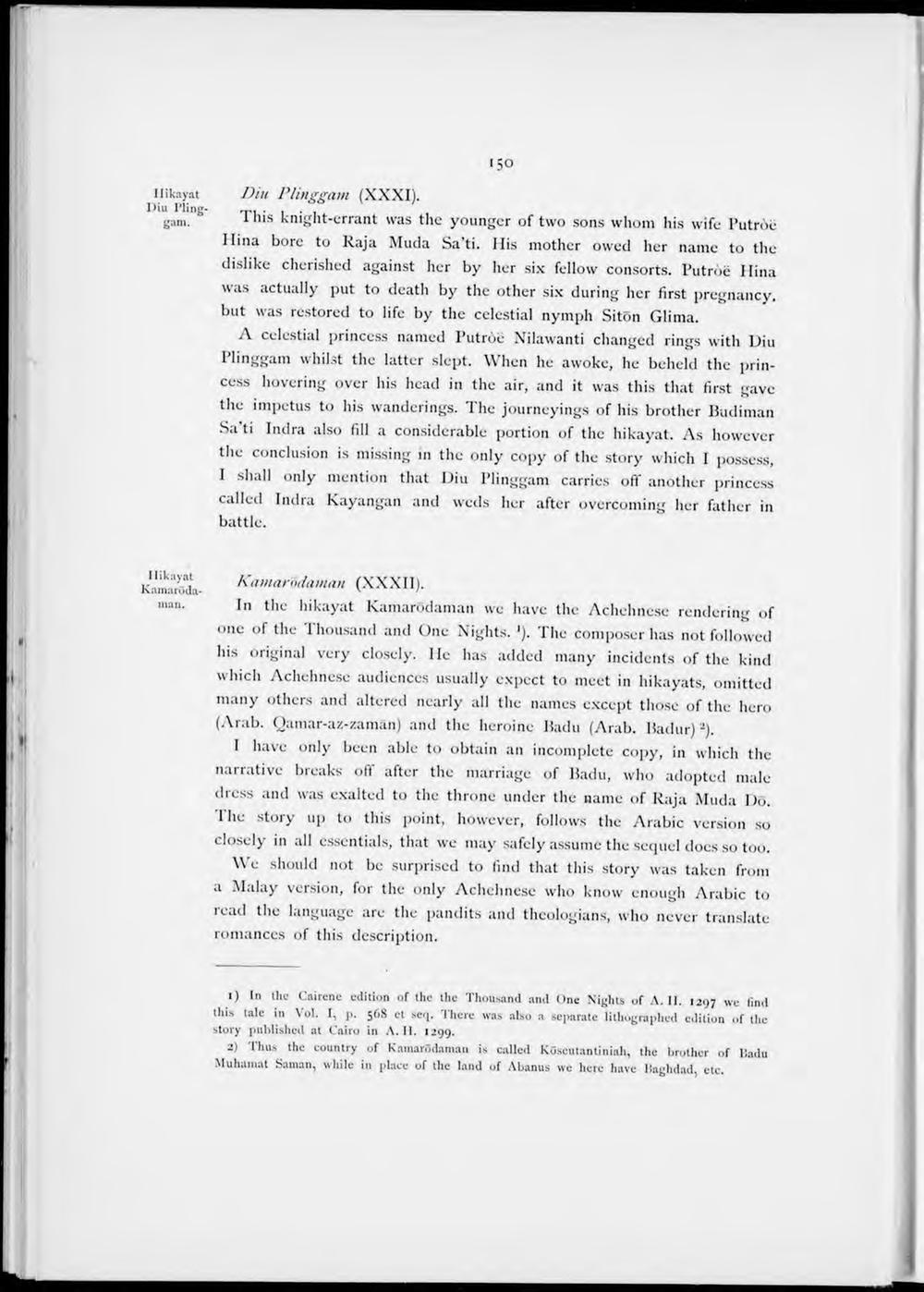 gam. 1 hIS knight-errant was the younger of two sons whom his wife Putróë

Ilina borc to Raja Muda Sa'ti. His mother owed lier name to the dislike cherished against her by her six fellow consorts. Putróë Ilina was actually put to death by the other six during her first pregnancy, but was restored to lifc by the celestial nymph Sitön Glima.

A celestial princess named Putröë Nilawanti changed rings with Diu 1 l'ngga-m whilst the latter slept. When he awoke, he beheld the princess hovering over his head in the air, and it was this that first gave the impetus to his wanderings. The journeyings of his brother Budiman Sa ti Indra also fill a considerable portion of the hikayat. As however the conclusion is missing in the only copy of the story which I possess, I shall only mention that Diu Plinggam carries off another princess called Indra Kayangan and weds her after overcoming her father in battle.

man. In the hikayat Kamarödaman we have the Achehnese rendering of one of the Thousand and One Nights. '). The composer has not followed his original very closely. Ile has added many incidents of the kind which Achehnese audiences usually expect to meet in hikayats, omitted many others and altered nearly all the names except those of the hero (Arab. Qamar-az-zaman) and the heroine Badu (Arab. Badur)'-).

1 have only been able to obtain an incomplete copy, in which the narrative breaks off after the marriage of Badu, who adopted male dress and was exalted to the throne uiuler the name of Raja Muda Do. The story up to this point, however, follows the Arabic version so closely in all essentials, that we may safely assume the sequel does so too.

We should not be surprised to find that this story was taken from a Malay version, for the only Achehnese who know enough Arabic to read the language are the pandits and theologians, who never translate romances of this description.

2) Thus the country of Kamarödaman is called Köseutantiniah, the brother of lJadu Muhamat Saman, while in place of the land of Abanus we here have Baghdad, etc.