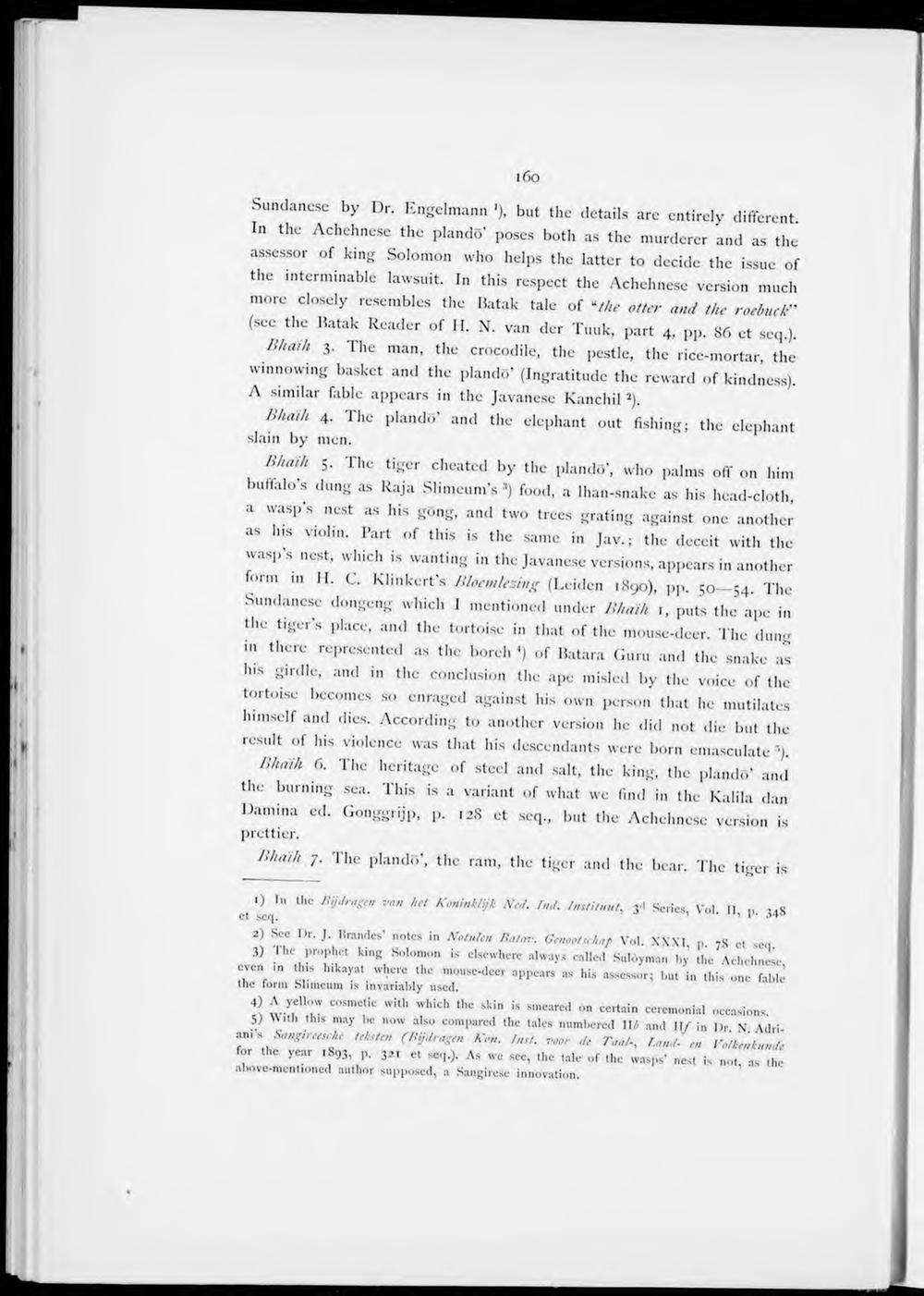 Sundancse by Dr. Engelmann '), but the details are entircly different

In the Achchne.se the plande' poses both as the murderer and as the

the interminable lawsuit. In this respect the Achehnese version much

Bhaih 3. The man, the crocodile, the pestle, the rice-mortar, the

winnowing basket and the plandö' (Ingratitude the reward of kindness).

Bhaih 5. The tiger cheated by the plandö', who palms off on him

a wasp's nest as his gong, and two trees grating against one another

as hts violin. Part of this is the same in Jav.; the deceit with the

wasps nest, whicli is wanting in the Javanese versions, appears in another

the tiger s place, and the tortoise in that of the mouse-deer. The dung

lus girdle, and in the conclusion the ape misled by the voice of the

tortoise becomes so enraged against his own person that he mutilates

li miself and dies. According to another version he did not die but the

rcsult of his violcnce was that his descendants wcre born emasculate ').

Bhaih 6. The heritage of steel and salt, the king, the plandö' and

the burning sea. This is a variant of what wc find in the Kalila dan

Bhaih 7. The plandö', the ram, the tiger and the bear. The tiger is

3) The Prophet king Solomon is elsewhere always ealled Sulóyman by the Achehnese even >n this hikayat where the mouse-deer appears as his assessor; but in this one fablc the torm blimcum is invariably used.

4) A yellow eosmetie with which the skin is smeared on certain eeremonial occasions.