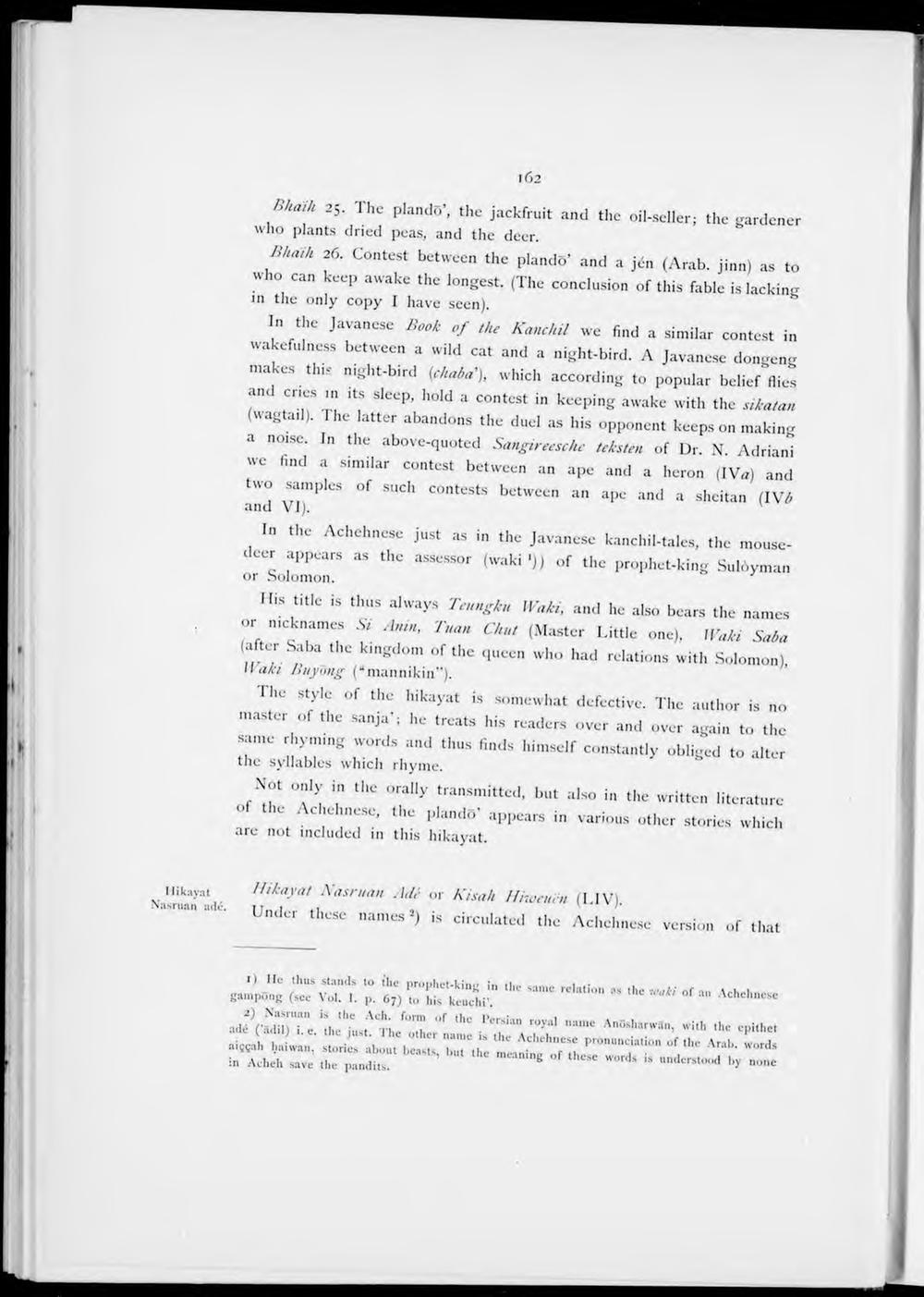 Bhaih 25. The plandö', the jackfruit and the oil-seller; the gardener who plants dried peas, and the deer.

w lo can keep avvake the longest. (The conclusion of this fable is lacking 111 the only copy I have seen).

wakefulness between a wild cat and a night-bird. A javanese dongeng

an cnes in its sleep, hold a contest in keeping awake with the sikatan

(wagtail). he latter abandons the duel as his opponent keeps on making

a noisc. In the above-quoted Sangireesche teksten of Dr. N Adriani

two samples of such contests between an ape and a sheitan (IV* and VI).

In the Achehnese just as i„ thc javanese kanchil-tales, the

■ eer appears as the assessor (waki")) of the prophet-king Sulóyman or Solomon.

His title is thus always Teungku Waki, and he also bears the names

(after Saba the k.ngdom of the queen who had relations with Solomon), Waki Buyotig ("mannikin").

1 he style of the hikayat is somewhat defective. The author is no master of the sanja'; he treats his readers over and over again to the

H V r, a" findS himself Constant'y °bliged to alte

Not on'y in the orally transmitted, h„t also i„ the written hterature of the Achehnese, the plando' appear» i„ vanous „tl,er storie» whieh are not included in this hikayat.

Under these names») is circulated the Achehnese version of that