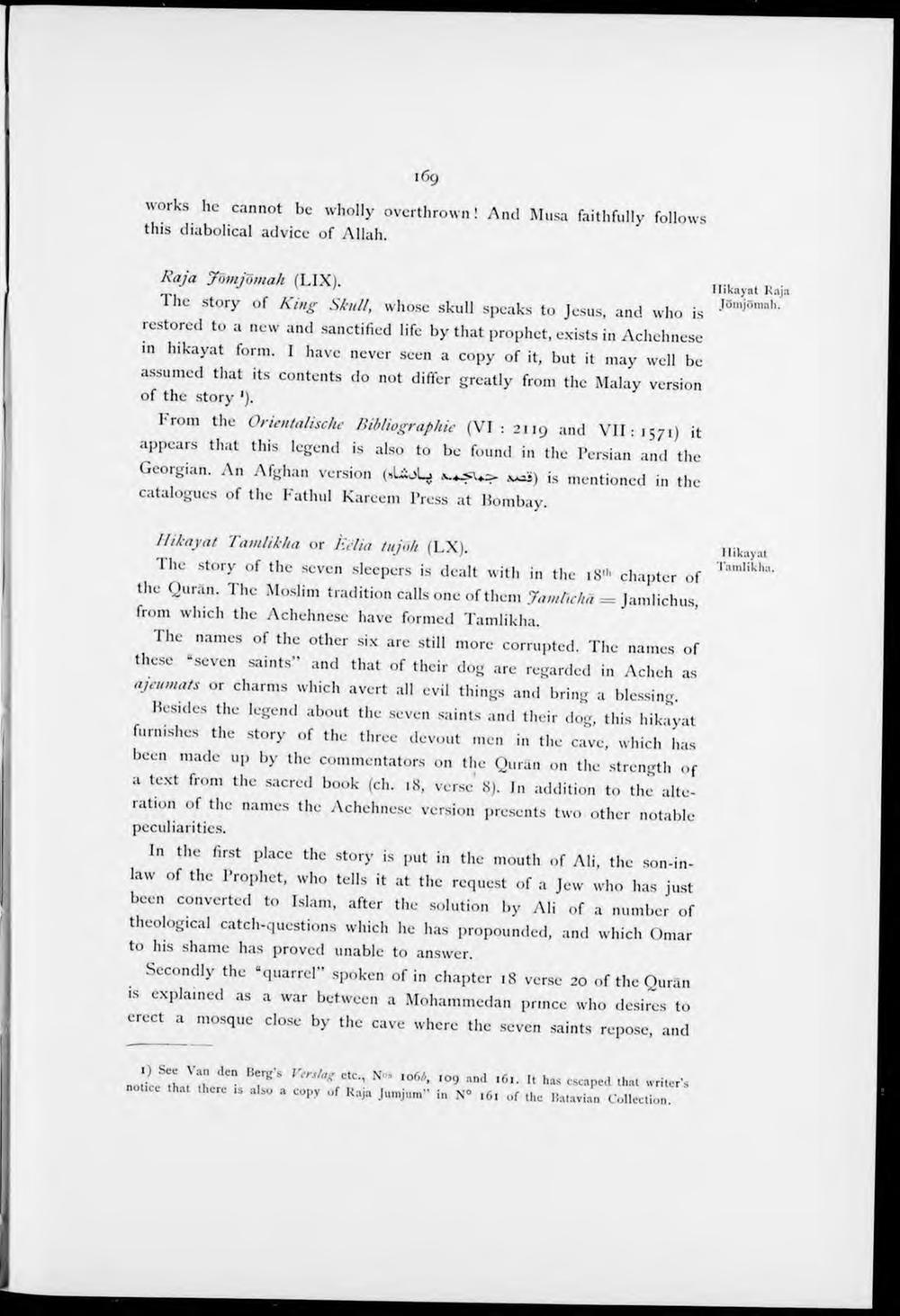 story of Kl"S Skull, whose skull speaks to Jcsus, and who is Jömjön,al,; restorcd to a new and sanctified lifc by that prophet, exists in Achehnese m hikayat form. I have never scen a copy of it, but it may well be

assumed that its contents do not diflfer greatly from the Malay version of the story ').

From the Orientalische Bibliographie (VI: 2119 and VII: 1571) it appears that this legend is also to be found in the Persian and the Georgian. An Afghan version (,UoL* is mentioned in the

catalogues of the Fathui Kareem Press at Bombay.

The story of the seven sleepers is dealt vvith in the 18'" chapter of Tam,ikha'

the 011 ran. 1 he Moslim tradition calls one of them Jamticha = Jamlichus,

ajctmafs or charms which avert all evil things and bring a blessing.

Besides the legend about the seven saints and their dog, this hikayat

furn.shes the story of the three devout men in the cave, which lias

ration of the names the Achehnese version presents two other notable peculiarities.

In the first place the story is put in the mouth of Ali, the son-inlaw of the Prophet, who tells it at the request of a Jew who lias just been converted to Islam, after the solution by Ali of a number of theological catch-questions which he lias propounded, and which Omar to lus shame lias proved unable to answer.

Secondly the "quarrel" spoken of in chapter 18 verse 20 of the Quran is explained as a war between a Mohammedan pnnce who desires to erect a mosque close by the cave where the seven saints repose, and