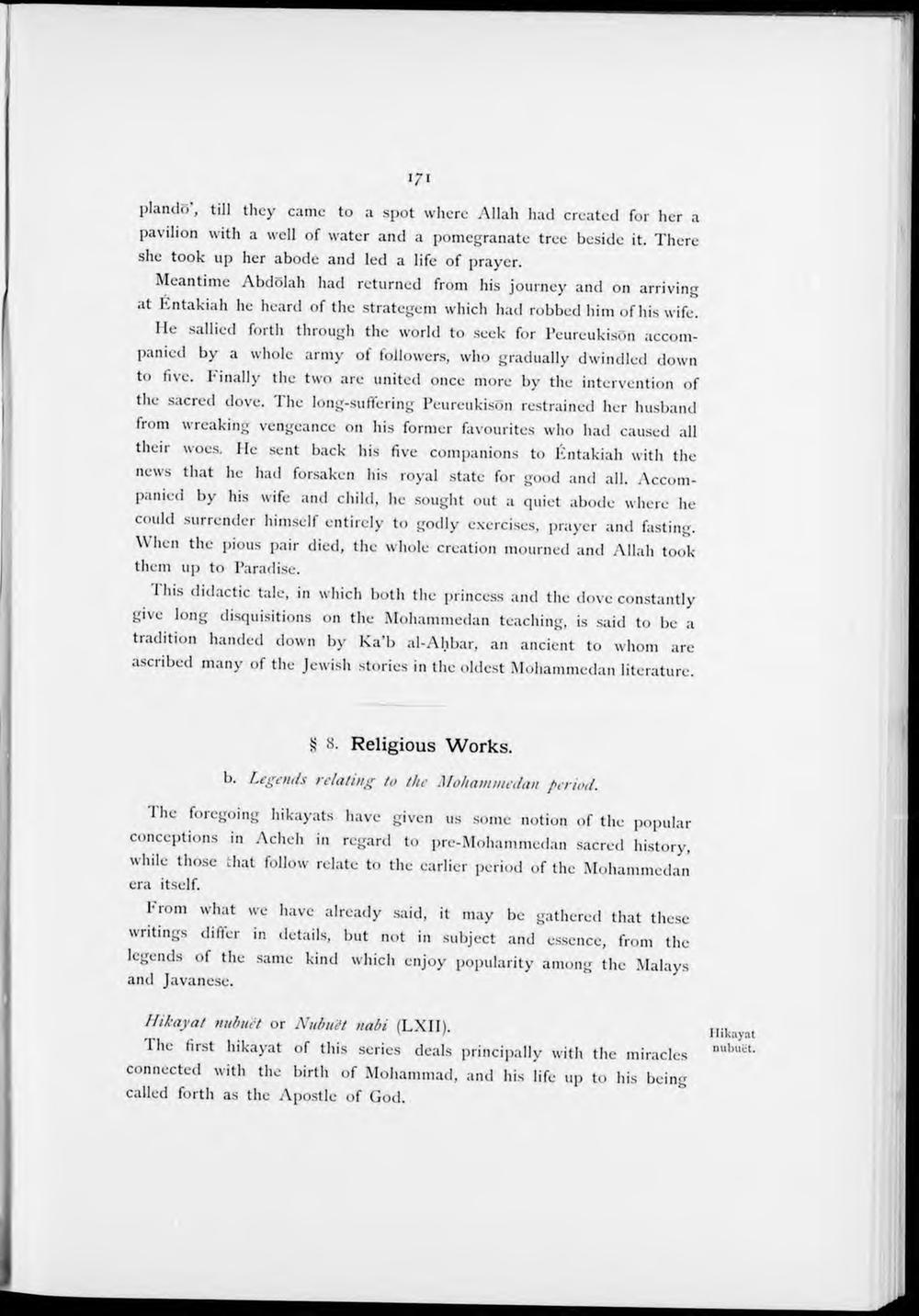 plando, till they camc to a spot where Allah had creatcd for her a pavihon with a well of water and a pomegranate tree beside it. Thcre she took up her abode and led a life of prayer.

Meantime Abdölah had returned from his journey and on arriving at Éntakiah he heard of the strategem which had robbed him of his wife.

He sallied forth through the world to seek for Peureukisön accompanied by a whole army of followers, who gradually dwindled down to five. I" inally the two are united once more by the intervention of the sacred dove. The long-suffering Peureukisön restrained her husband from wreaking vengeance on his former favourites who had caused all tlieir woes. He sent back his five companions to Éntakiah with the news tliat he had forsaken his royal state for good and all. Accompanied by his wife and child, he sought out a quiet abode where he could surrender himself entirely to godly exercises, prayer and fasting. VV hen the pions pair died, the whole creation mourned and Allah took them up to Paradise.

I his didactic tale, in which both the princess and the dove constantly jive long disquisitions on the Mohammedan teaching, is said to be a radition handed down by Ka'b al-Ahbar, an ancient to whom are iscribed many of the Jewish stories in the oldest Mohammedan litcrature.

b. Legends relating to the Mohammedan period.

1 he foregoing hikayats have given us some notion of the popular conceptions in Acheh in regard to pre-Mohammedan sacred history,

wh'le those chat follow relate to the earlier period of the Mohammedan era itself.

1' rom what we have already said, it may be gathered that these writings difier in details, but not in subject and essence, from the legends of the same kind which enjoy popularity among the Malays and Javanese.

The first hikayat of this series deals principally with the miracles nubu<*connected with the birth of Mohammad, and his life up to his being called forth as the Apostle of God.