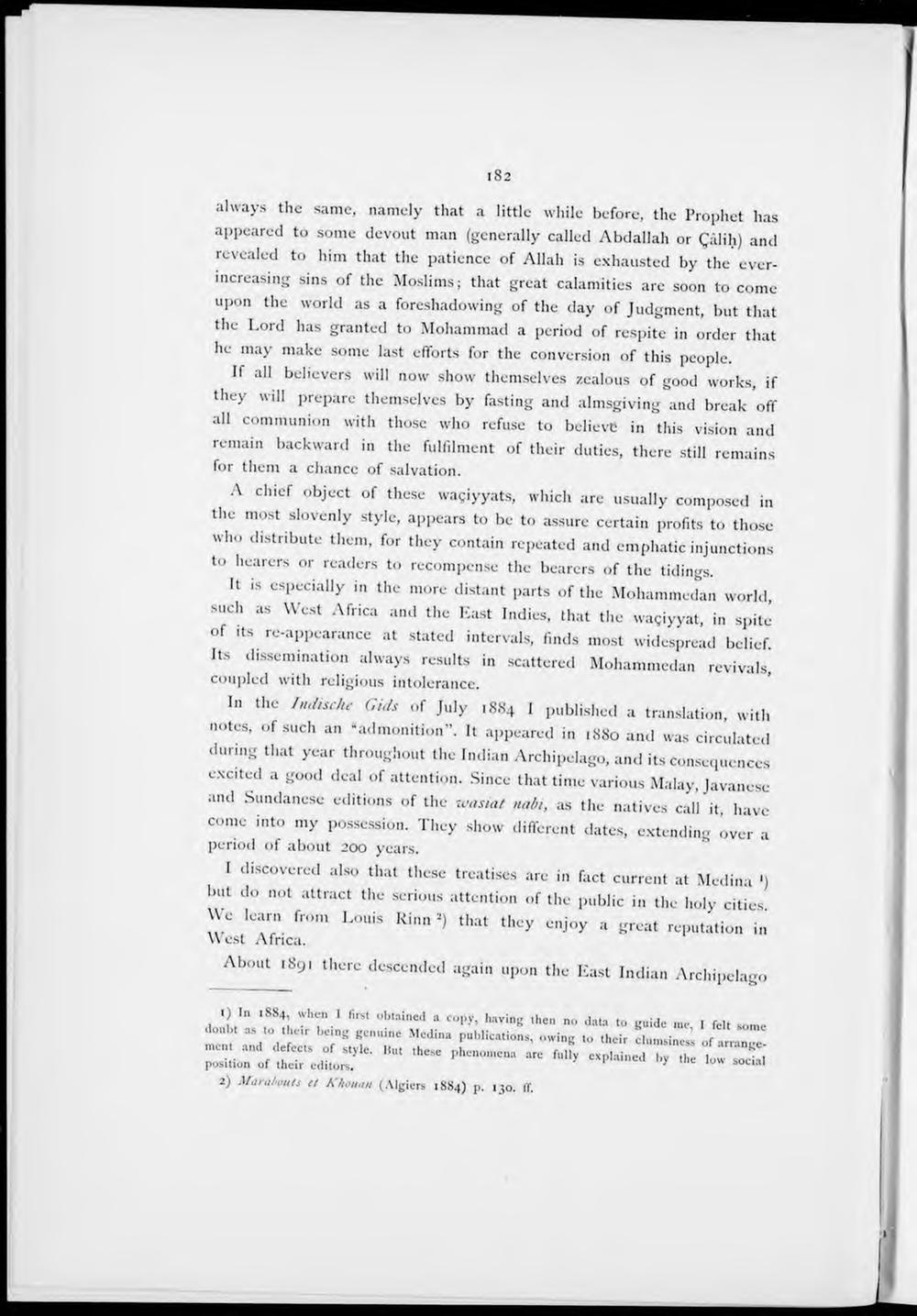 always the same, namcly that a little while before, the Prophet lias appeared to some devout man (generally called Abdallah or Qalih) and revcaled to him that the patience of Allah is exhausted by the everïncreasing sins of the Moslims; that great calamities are soon to come upon the vvorld as a foreshadowing of the day of Judgment, but that the Lord has granted to Mohammad a period of respite in order that he may make some last efforts for the conversion of this people.

If all believers will now show themselves zealous of good works, if they Wl11 prepare themselves by fasting and almsgiving and break off all communion with those who refuse to belic%'e in this vision and remain backward in the fulfilment of their duties, there still remains for tliem a chance of salvation.

A chief object of these wagiyyats, which are usually composed in the most slovenly style, appears to be to assure certain profits to those who distribute them, for they contain repeated and emphatic injunctions to hearers or readers to recompense the bearers of the tidings.

It is especially in the more distant parts of the Mohammedan world sucli as West Africa and the Kast Indies, that the wagiyyat, in spite of lts re-appearance at stated intervals, finds most widespread belief, lts dissemination always results in scattered Mohammedan revivals, coupled with religious intolerance.

In the Indische Gids of July 18S4 I published a translation, with notes, of sucli an «admonition". It appeared in 1880 and was circulated during that year throughout the Indian Archipelago, and its consequences excited a good deal of attention. Since that time various Malay, Javanese and Sundanese editions of the wasiat nabi, as the natives call it, have come into my possession. They show different dates, extending over a period of about 200 years.

We learn from Louis Rinn ») that they enjoy a great reputation in W est Africa.

About 1891 there descended again upon the East Indian Archipelago