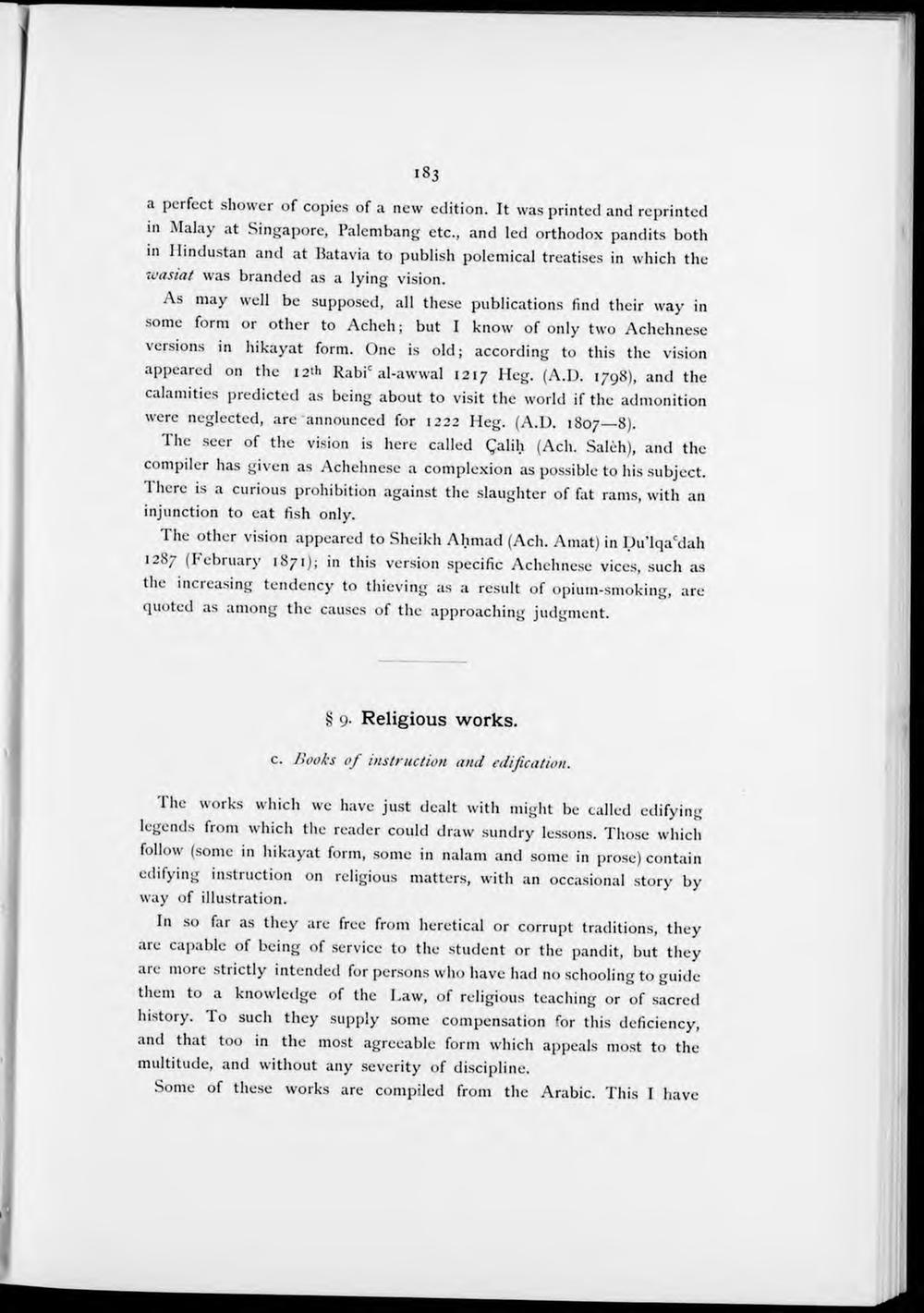 a perfect shower of copies of a new edition. It was printed and reprintcd in Malay at Singapore, Palembang etc., and led orthodox pandits both in Hindustan and at Batavia to publish polemical treatises in which the it'asiat was branded as a lying vision.

As may well be supposed, all these publications find their way in some form or other to Acheh; but I know of only two Achehnese versions in hikayat form. One is old; according to this the vision appeared on the 12'h Rabic al-awwal 1217 Heg. (A.D. 1798), and the calamities predicted as being about to visit the world if the admonition were neglected, are announced for 1222 Heg. (A.D. 1807 8).

Ilie seer of the vision is liere called Qalih (Ach. Salèh), and the compiler has given as Achehnese a complexion as possible to liis subject. There is a curious prohibition against the slaughter of fat rams, with an injunction to eat fish only.

The other vision appeared to Sheikh Ahmad (Ach. Amat) in Du'lqacdah 1287 (February 1871); in this version specific Achehnese vices, such as the increasing tendency to thieving as a result of opium-smoking, are quoted as among the causes of the approaching judgment.

Ilie works which wc have just dealt with might be called edifying legends from which the reader could draw sundry lessons. Those which follow (some in hikayat form, some in nalam and some in prose) contain edifying instruction on religious matters, with an occasional story by way of illustration.

I11 so far as they are free from herctical or corrupt traditions, they are capable of being of service to the student or the pandit, but they are more strictly intended for persons who have had 110 schooling to guide them to a knowledge of the Law, of religious teaching or of sacred history. To such they supply some compensation for this deficiency, and that too in the most agreeable form which appeals most to the multitude, and without any severity of discipline.

Some of these works are compiled from the Arabic. This I have