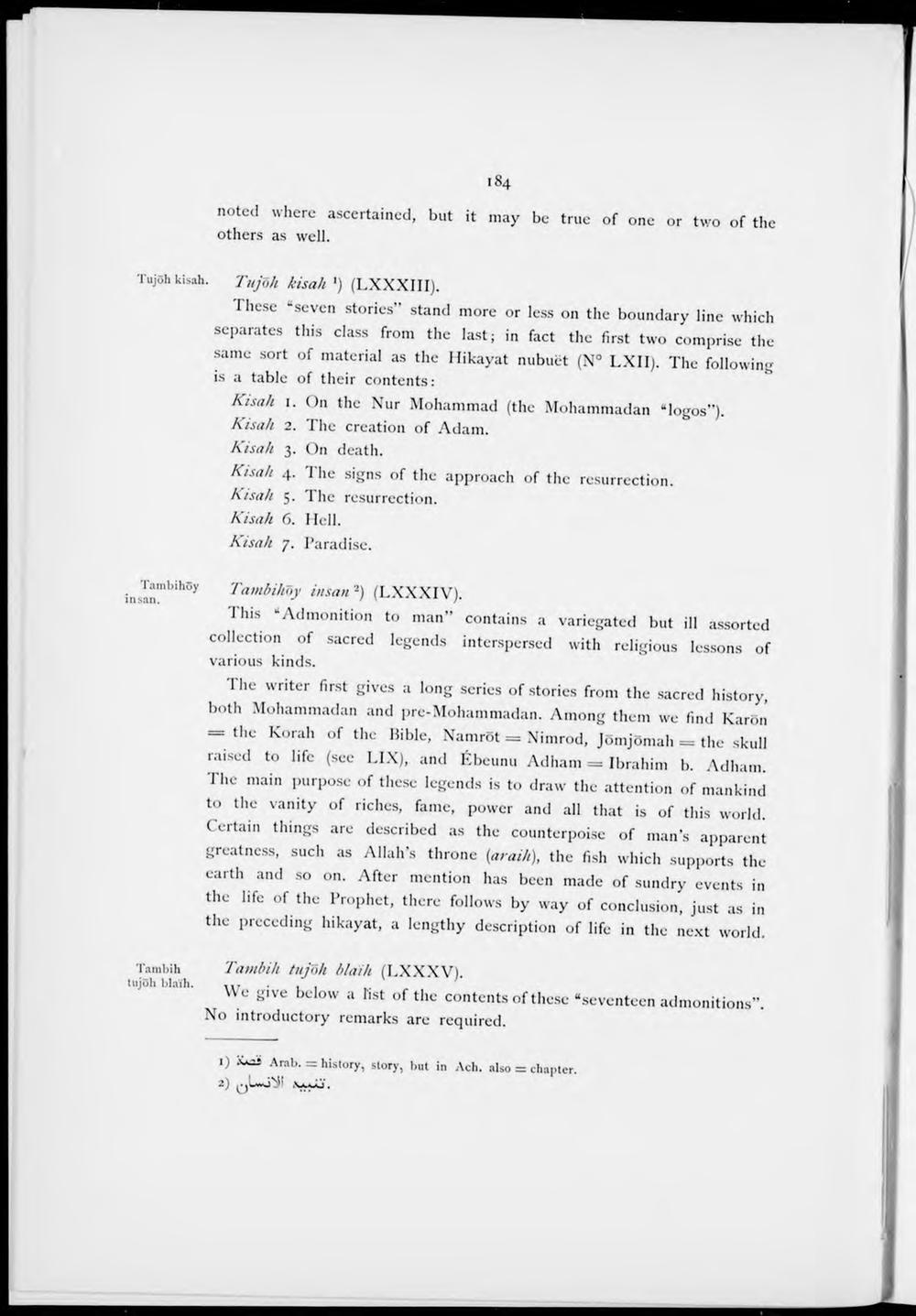 noted where ascertaincd, but it may be true of one or two of the others as well.

These «seven stories" stand more or less on the boundary line which separates this class from the last; in fact the first two comprise the same sort of material as the Hikayat nubuët (N° LXII). The following is a table of their contents:

Kisah 1. On the Nur Mohammad (the Mohammadan "logos").

Kisah 2. The creation of Adam.

Kisah 4. The signs of the approach of the resurrection.

The writer first gives a long series of stories from the sacred history both Mohammadan and pre-Mohammadan. Among them we find Karön = the Korah of the Bible, Namröt = Nimrod, Jömjömah = the skull raised to life (sec LIX), and Ébeunu Adham = Ibrahim b. Adham. I he main purpose of these legends is to draw the attention of mankind to the vanity of riches, fame, power and all that is of this world. Certain things are described as the counterpoise of man's apparent greatness, such as Allah's thronc (araih), the fish which supports the earth and so on. After mention lias been made of sundry events in the life of the Prophet, there follows by way of conclusion, just as in the preceding hikayat, a lengthy description of life in the next world.

We give below a hst of the contents of these "seventeen admonitions". No introductory remarks are required.