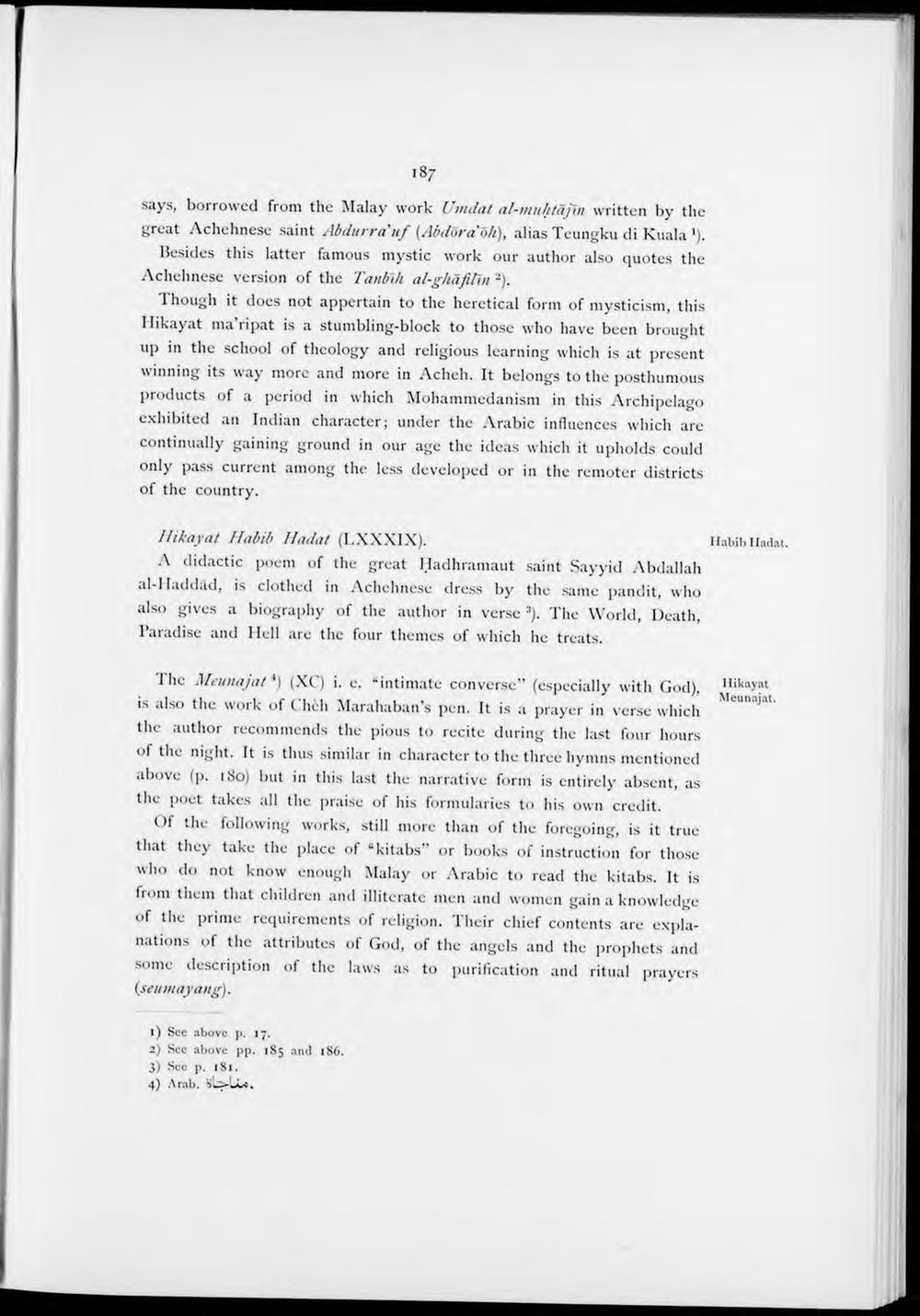 1 houyh it does not appertain to the heretical form of mysticism, this Hikayat ma'ripat is a stumbling-block to those who have been broueht up in the school of theology and religious learning which is at present winning its way more and more in Acheh. It belongs to the posthumous products of a period in which Mohammedanism in this Archipelago exhibited an Indian character; under the Arabic influences which are continually gaining ground in our age the ideas which it upholds could only pass current among the less developed or in the remoter districts of thc country.

A didactic poem of the great Hadhramaut saint Sayyid Abdallah al-Haddad, is clothcd in Achehnese dress by thc same pandit, who also gives a biography of the author in verse1). The World, Death,

Paradise and Heil are the four themes of which he treats.

1 he Meunajat4) (XC) i. e. "intimate converse" (especially with God), Hikayat is also the work of C hèh Marahaban's pen. It is a prayer in verse which the author recommends the pious to recite during the last four hours of the night. It is thus similar in character to the thrce hymns mentioned above (p. 180) but in this last the narrative form is entirely absent, as the poet takes all the praise of his formularies to his own credit.

Of the following works, still more than of the foregoing, is it true that they take the place of "kitabs" or books of instruction for those who do not know enough Malay or Arabic to read the kitabs. It is fiom them that children and illiterate men and women gain a knowledge of the prime requirements of religion. Their chief contents are explanations of the attributes of God, of the angels and the prophets and some description of the laws as to purification and ritual prayers (seumayang).