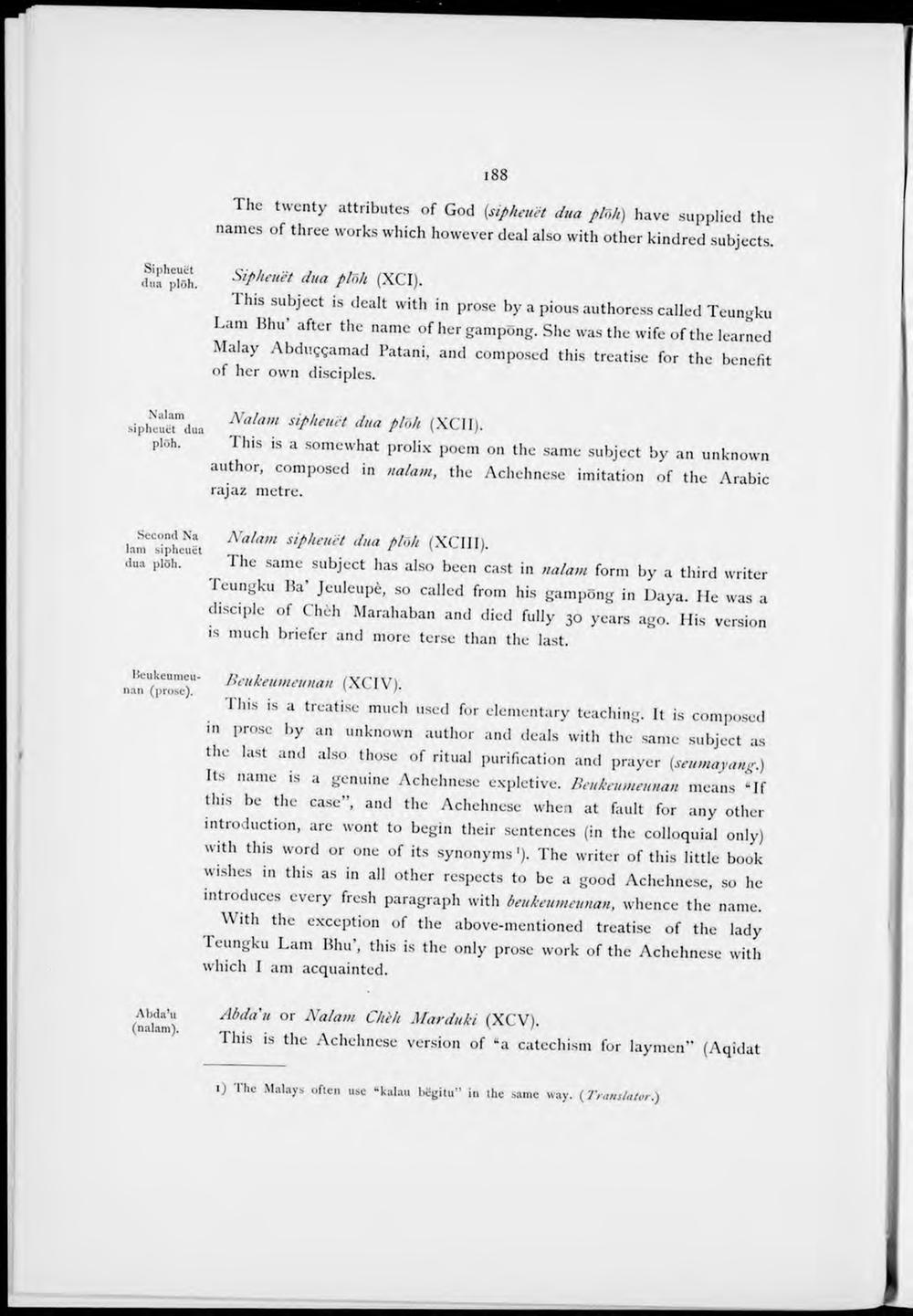 The twenty attributes of God (sipheuët dua ptöh) have supplied the names of three works which however deal also with other kindred subjects.

Ihis subject is dealt with in prose by a pious authoress called Teungku Lam Bhu' after the name of her gampöng. She was the wife of the learned Malay Abduggamad Patani, and composed this treatise for the benefit of her own disciples.

ploh. 1 lus is a somewhat prolix poem on the same subject by an unknown

author, composed in nalam, the Achehnese imitation of the Arabic rajaz metre.

dua ploh. The same subject has also been cast in nalam form by a third writer feungku Ba' Jeuleupè, so called from his gampöng in Daya. He was a disciple of Chèh Marahaban and died fully 30 years ago. His version is much briefer and more terse than the last.

1 lus is a treatise much used for elementary teaching. It is composed in prose by an unknown author and deals with the same subject as the last and also those of ritual purification and prayer (seumayang.) lts name is a genuine Achehnese expletive. Beukeumeunan means "If tlus be the case", and the Achehnese when at fault for any other mtroduction, are wont to begin their sentences (in the colloquial only) with tlus word or one of its synonyms '). The writer of this little book wishes in tlus as in all other respects to be a good Achehnese, so he introducés every fresh paragraph with beukeumeunan, whence the name.

W ith the exception of the above-mentioned treatise of the lady Teungku Lam Bhu', this is the only prose work of the Achehnese with which I am acquainted.

ls thc Achehnese version of 'a catechism for laymen" (Aqidat

1) 1 he Malays often use "kalau bëgitu" in the same way. (Translator.)