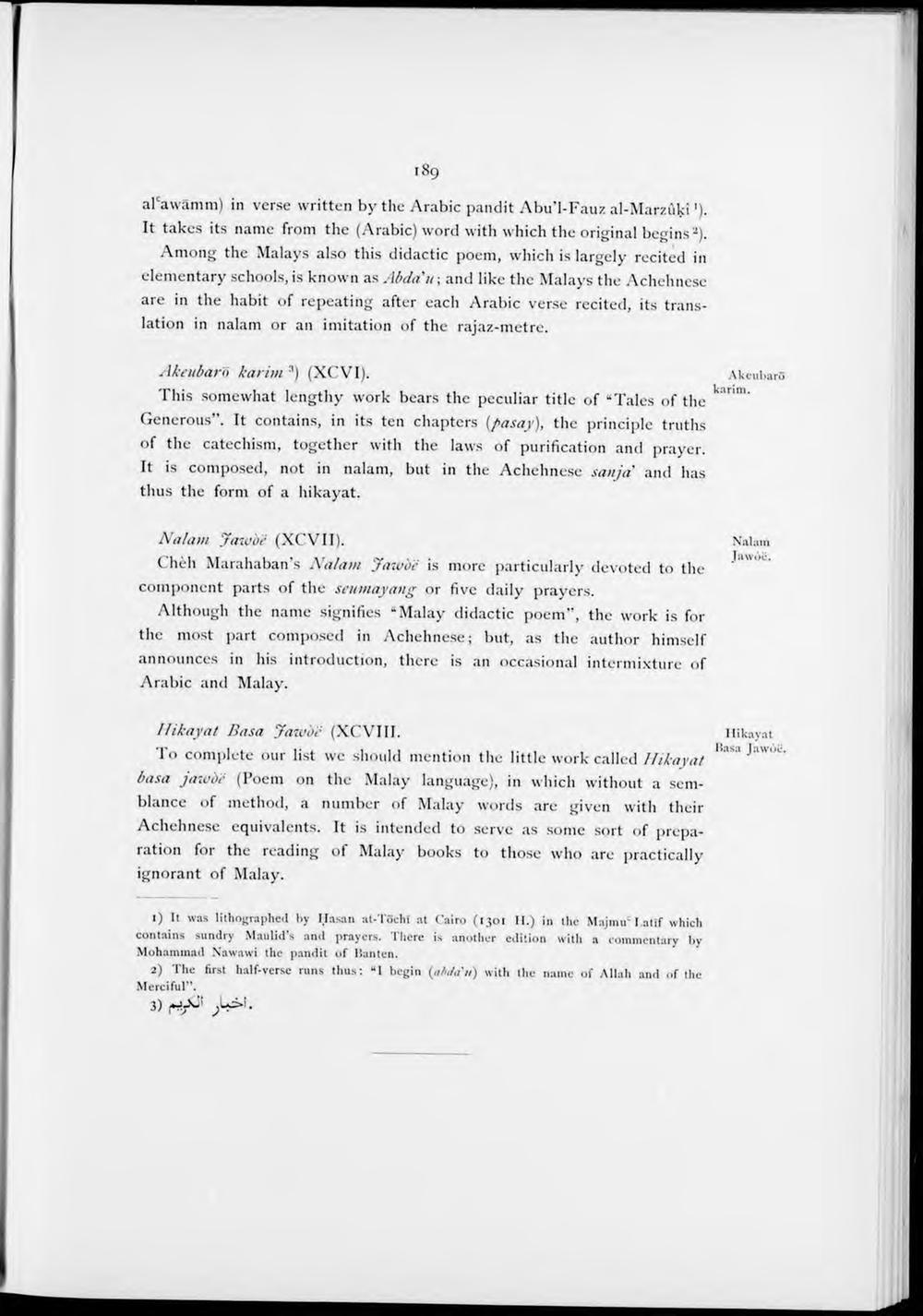 It takes its name from the (Arabic) word with which the original begins2).

Among the Malays also this didactic poem, which is largely recited in elementary schools, is known as Abda'u; and like the Malays the Achehnese are in the habit of repeating after each Arabic verse recited, its translation in nalam or an imitation of the rajaz-metre.

This somewhat lengthy work bears the peculiar title of "Tales of the k"U'm' Generous". It contains, in its ten chapters (pasay), the principle truths of the catechism, together with the laws of purification and prayer.

It is composed, not in nalam, but in the Achehnese san ja" and lias thus the form of a hikayat.

Chèh Marahaban s Nalam Jawoë is more particularly devoted to the component parts of the seumayang or five daily prayers.

Although the name signifies "Malay didactic poem", the work is for the most part composed in Achehnese; but, as the author himself announces in his introduction, there is an occasional intermixture of Arabic and Malay.

To complete our list wc should mention the little work called Hikayat ' JaW°C' basa jaivbé (Poem on the Malay language), in which without a semblance of method, a number of Malay words are given with their Achehnese equivalents. It is intended to serve as some sort of preparation for the reading of Malay books to tliose who are practically ignorant of Malay.

1) It was lithographed by Hasan at-TGchl at Cairo (1301 II.) in the Majmu' I.atïf which contains sundry Maulid's and prayers. There is another edition with a commentary by Mohammad Nawawi the pandit of lïanten.

2) The first half-verse runs thus: "I begin {abda'u) with the name of Allah and of the Merciful".