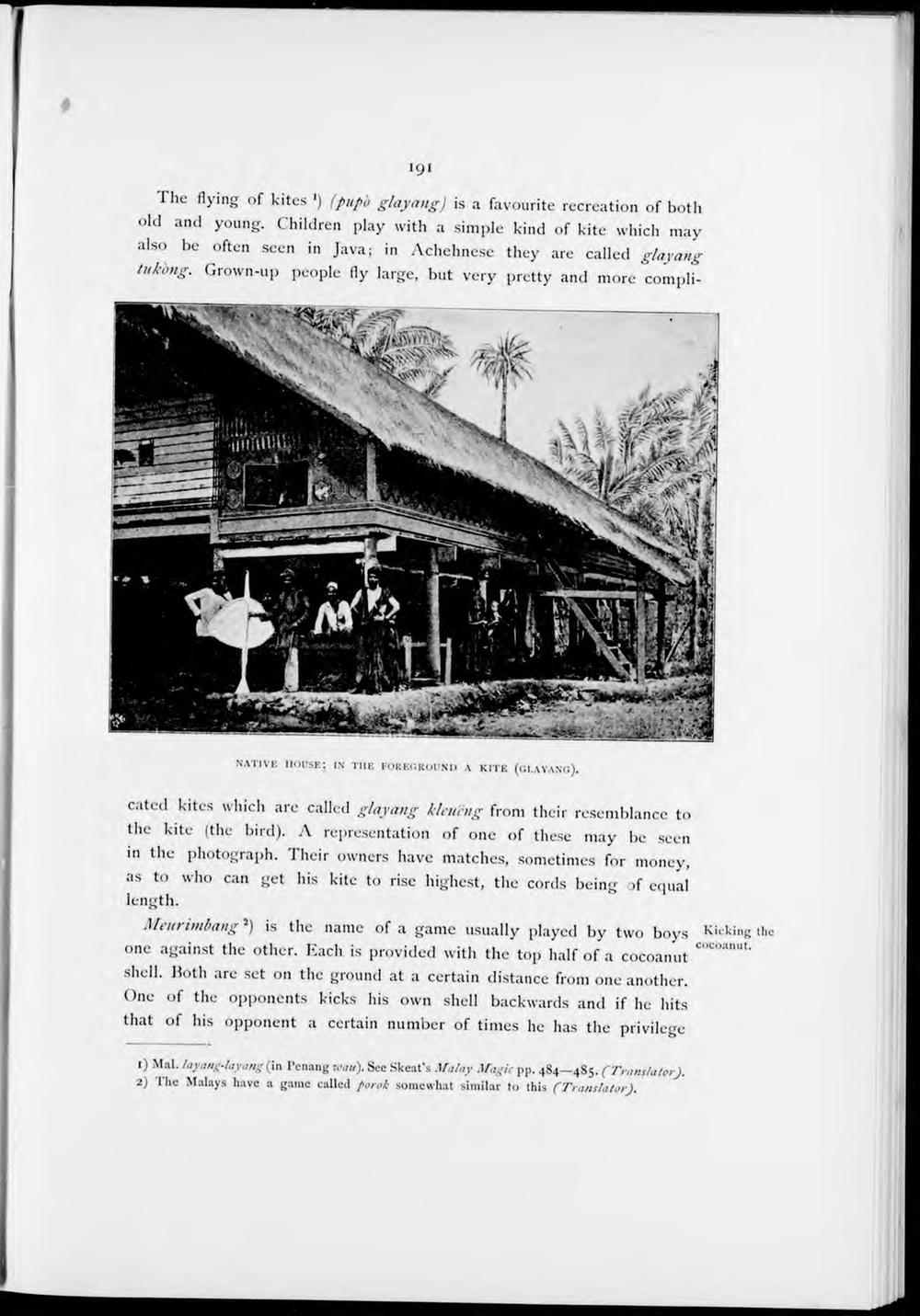 he flying of kites ') (pupo glayang) is a favourite recreation of botli old and young. Children play with a simple kind of kite which may also be often seen in Java; in Achehnese they are called glayang tukong. Grown-up people fly large, but very pretty and more compli-

cated kites which are called glayang kleuïng froni their resemblance to the kite (the bird). A representation of one of these may be seen in the photograph. Their ovvners have matches, sometimes for money,

as to who can get bis kite to rise highest, the cords being of equal length.

Meurimbang2) is the name of a game usually played by two boys Kicking the one against the other. Each is provided with the top half of a cocoanut C°C°anUt' shell. Both are set on the ground at a certain distance from one another.

2) 'l he Malays have a game called porok somewhat similar to this (Translatorj.