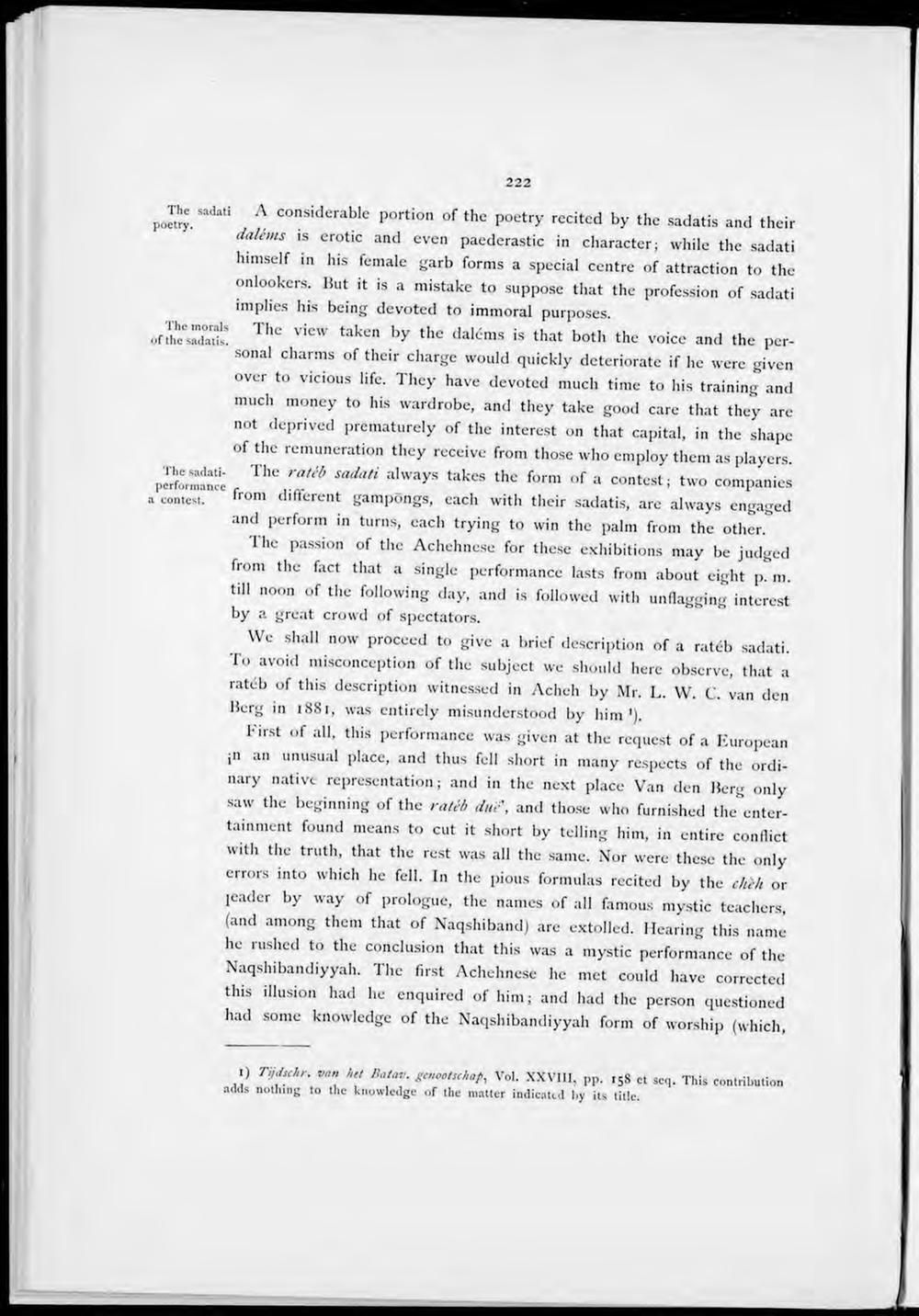 ofthc^Udl! ThC V1CW take" by the daléms is that both the voice and the personal charms of their charge would quickly deteriorate if he were given over to vicious hfe. They have devoted much time to his training and much money to his wardrobe, and they take good care that they are not deprived prematurely of the interest on that capital, in the shape of the remuneration they receive from those who employ them as players

a contest. 'rom different gampongs, each with their sadatis, are always engaged

and perform in turiis, each trying to win the palm from the other.

Ihe passion of the Achehnese for these exhibitions may be judged from the fact that a single performance lasts from about eight p. m. till noon of the following day, and is followed with unflagging interest by a great crowd of spectators.

We shall now proceed to give a brief description of a ratéb sadati. To avoid misconception of the subject we should herc observe, that a ratéb of this description witnessed in Acheh by Mr. L. W. C. van den Berg 111 1881, was entirely misunderstood by him').

First of all, this performance was given at the request of a European ;n an unusual place, and thus feil short in many respects of the ordinary native representation; and in the next place Van den Berg only saw the beginning of the ratéb due\ and those who furnished the entertainment found means to cut it short by telling him, in entire conflict with the truth, that the rest was all the same. Nor were these the only errors into which he feil. In the pious formulas recited by the ckèh or jeader by way of prologue, the names of all famous mystic teachers, (and among them that of Naqshiband) are extolled. Hearing this name he rushed to the conclusion that this was a mystic performance of the Naqshibandiyyah. The first Achehnese he met could have corrected this illusion had he cnquired of him; and had the person questioned had some knowledge of the Naqshibandiyyah form of worship (which,

nothing to the knowledge of the matter indicattd by its title.