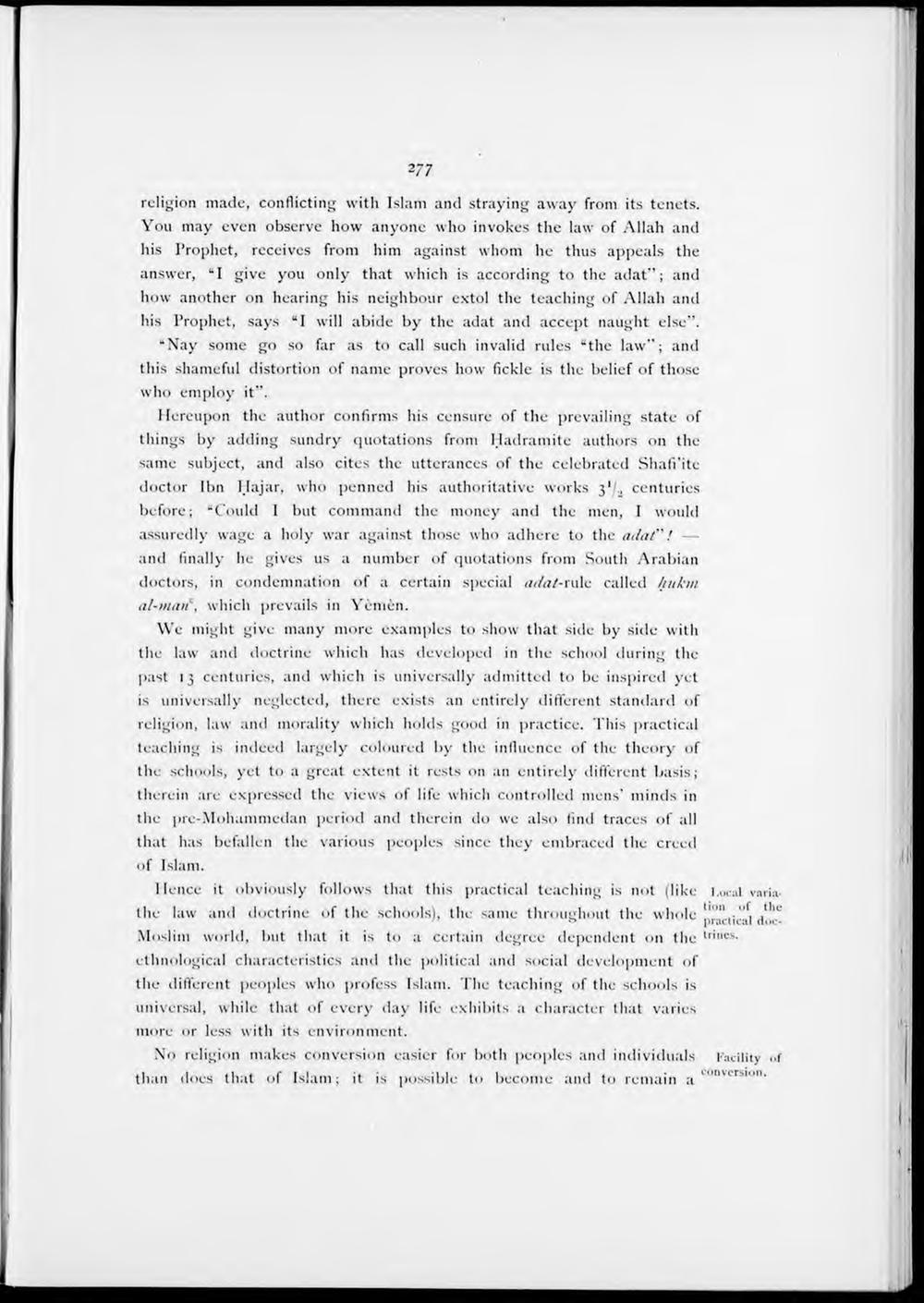 religion made, conflicting with Islam and straying away from its tenets.

"Nay some go so far as to call such invalid rules "the law"; and this shameful distortion of name proves how fickle is the belief of those who employ it".

Hereupon the author confirms his censure of the prevailing state of things by adding sundry quotations from Hadramite authors on the same subject, and also cites the utterances of the celebrated Shafi'ite doctor Ibn Hajar, who penned his authoritative works 3centuries before; "Could I but command the money and the men, I would assuredly wage a holy war against those who adhere to the adat"! — and finally he gives us a number of quotations from South Arabian doctors, in condemnation of a certain special rtrt^-rule called hukm al-marf, which prevails in Yèmèn.

We might give many more examples to show that side by side with the law and doctrine which lias developed in the school during the past 13 centuries, and which is universally admitted to be inspired yet is universally neglected, there exists an entirely different Standard of religion, law and morality which holds good in practice. This practical teaching is indeed largely coloured by the influence of the theory of the schools, yet to a great extent it rests 011 an entirely different basis;

therein are expressed the views of life which controlled mens' minds in the pre-Mohammedan period and therein do we also find traces of all that has befallen the various peoples since they embraced the creed of Islam.

llence it obviously follows that this practical teaching is not (like i.ocal variathe law and doctrine of the schools), the same throughout the whole \'"a" ,^.','1 Moslim world, but that it is to a certain degree dependent on the ,rinesethnological characteristics and the political and social development of the different peoples who profess Islam. The teaching of the schools is universal, while that of every day life exhibits a character that varies more or less with its environment.

No religion makes conversion casier for both peoples and individuals Facility of than does that of Islam; it is possible to become and to remain a u"mrM"n-