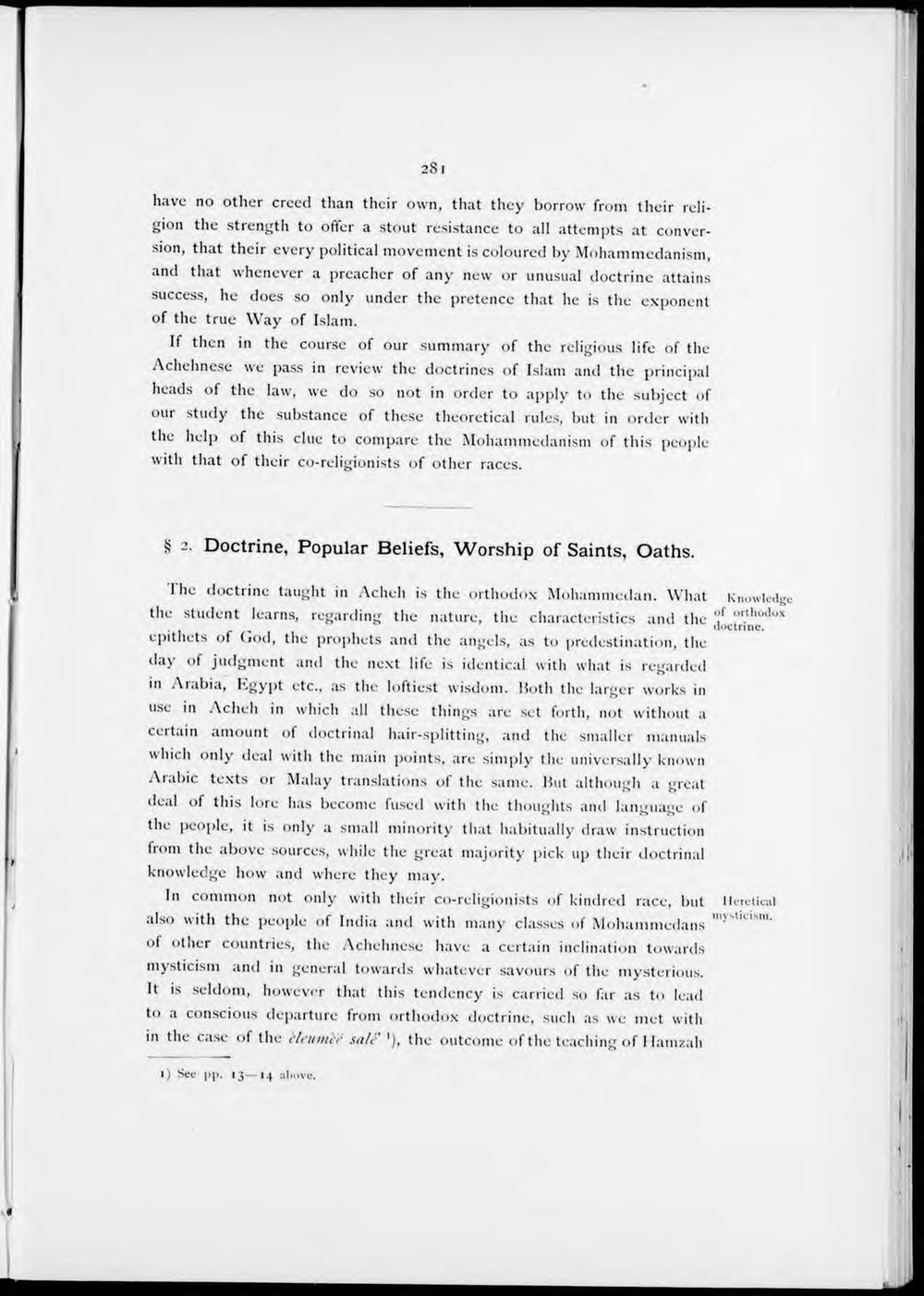 have no other creed than their own, that they borrovv from their religion the strength to offer a stout resistance to all attempts at conversion, that their every political movement is coloured by Mohammedanism, and that whenever a preacher of any new or unusual doctrine attains success, he does so only under the pretence that he is the exponent of the truc Way of Islam.

If then in the course of our summary of the religious life of the Achehnese we pass in review the doctrines of Islam and the principal heads of the law, we do so not in order to apply to the subject of our study the substance of these theoretical rules, but in order with the help of this clue to compare the Mohammedanism of this people with that of their co-religionists of other races.

The doctrine taught in Acheh is the orthodox Mohammedan. What Knowledge

the student learns, regarding the nature, the characteristics and the "f °r.thodüX _ doctrine.

epithcts of God, the prophets and the angels, as to predestination, the day of judgment and the next life is identical with what is regarded in Arabia, Kgypt etc., as the loftiest wisdom. Both the larger works in use in Acheh in which all these things are set forth, not without a certain amount of doctrinal hair-splitting, and the smaller manuals which only deal with the main points, are simply the universally known Aiabic texts or Malay translations of the same. But although a great deal of this lore has become fused with the thoughts and language of the people, it is only a small minority that habitually draw instruction from the above sources, while the great majority piek up their doctrinal knowledge how and where they may.

In common not only with their co-religionists of kindred race, but Herctical al so with the people of India and with many classes of Mohammedaiis '

of other countries, the Achehnese have a certain inclination towards mysticism and in general towards whatever savours of the mysterious.

It is seldom, however that this tendency is carried so far as to lead to a conscious departure from orthodox doctrine, such as we met with in the case of the eleumè'e sa/c '), the outcome of the teaching of Hamzah