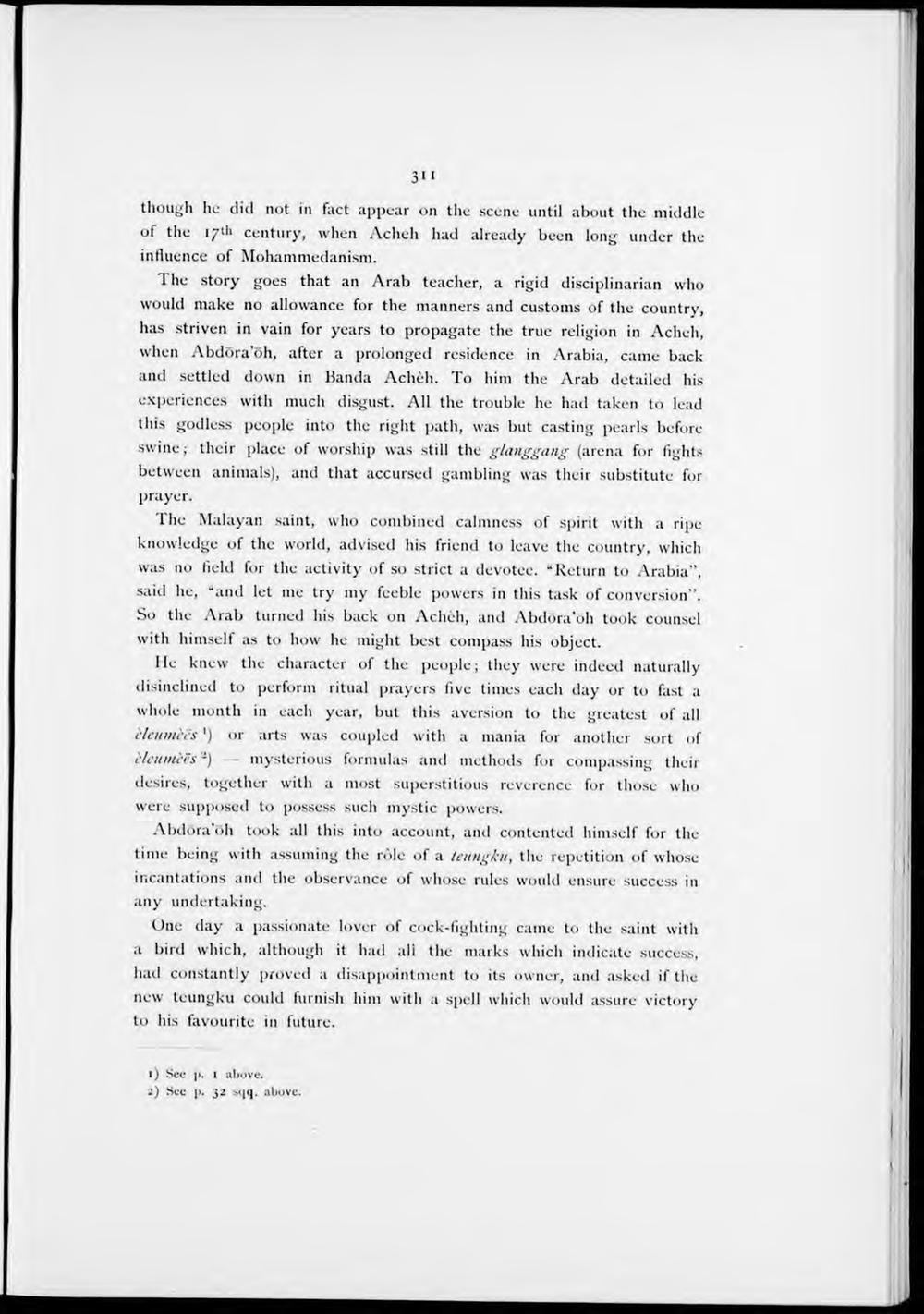 though hc did not in fact appear 011 the scene until about the middle of the 17'h century, when Acheh had already been long under the influence of Mohammedanism.

The story goes that an Arab teacher, a rigid disciplinarian who would make no allowance for the manners and customs of the country, has striven in vain for years to propagate the true religion in Acheh, when Abdöra'öh, after a prolonged residence in Arabia, came back and settled down in Banda Achèh. To him the Arab detailed his experiences with niuch disgust. All the trouble he had taken to lead this godless people into the right path, was but casting pearls before swine; their place of worship was still the glunggang (arena for fights between animals), and that accursed gambling was their substitute for prayer.

1 he Malayan saint, who conibined calmness of spirit with a ripe knowledge of the world, advised his friend to leave the country, which was 110 field for the activity of so strict a devotee. "Return to Arabia", said he, "and let me try my feeble powers in this task of conversion". So the Arab turned his back on Achèh, and Abdöra'öh took counsel with himself as to how he might best compass his object.

He knew the character of the people; they were indeed naturally disinclined to perform ritual prayers five times each day or to fast a whole month in each year, but this aversion to the greatest of all èleumccs ') or arts was coupled with a man ia for another sort of ileumcês •) — mysterious formulas and methods for compassing their desires, together with a most superstitious reverence for tliose who were supposed to possess such mystic powers.

Abdöra'öh took all this into account, and contented himself for the time being with assuming the róle of a teungku, the repetition of whose incantations and the observance of whose rules would ensure success in any undertaking.

One day a passionate lover of cock-fighting came to the saint with a bird which, although it had all the marks which indicate success, had constantly proved a disappointment to its owner, and asked if the new teungku could furnish him with a spell which would assure victory to his favourite in future.