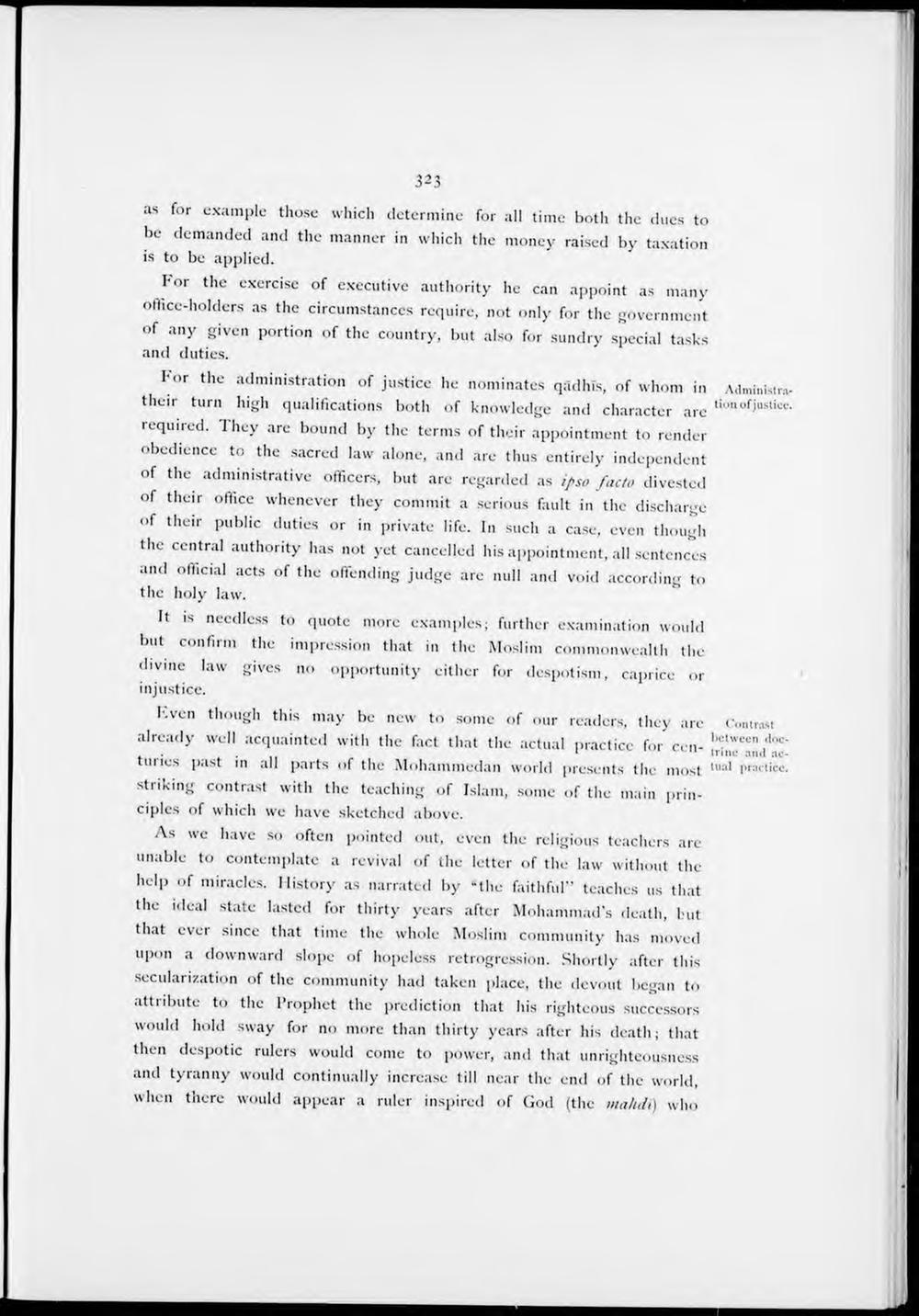 as for example those which determine for all time botli the dues to be demanded and the manner in which the money raised by taxation is to be applied.

office-holders as the circumstances require, not only for the governmcnt

of any given portion of the country, but also for sundry special tasks and duties.

l or the administration of justice he nominates qadhïs, of whom in Administratheir turn high qualifications botli of knowledge and character are tioaofj«stice. required. 1 hey are bound by the terms of their appointment to ronder obedience to the sacred law alone, and are thus entirely independent of the adnunistrative officers, but are regarded as ipso facto divested of their office whenever they commit a serious fault in the discharge of their public duties or in private life. In such a case, even though the central authority has not yet cancellcd his appointment, all sentences and official acts of the ofifending judge are null and void according to the lioly law.

It is needless to quote more examples; further examination would but confirm the impression that in the Moslim commonwealth the divine law gives no opportunity either for despotism, caprice or injustice.

Even though this may be new to some of our readers, they are Contrast already well acquainted with the fact that the actual practice for een- b<:tween <loc"

striking contrast with the teaching of Islam, some of the main prin-

ciples of which wc have sketched above.

As we have so often pointed out, even the religious tcachers are unable to contemplate a revival of the letter of the law without the help of miracles. History as narrated by "the faithful" teaches us that the ideal state lasted for thirty years after Mohammad's death, but that ever since that time the whole Moslim community has moved upon a downward slope of hopeless retrogression. Shortly after this sccularization of the community had taken place, the devout began to attribute to the Prophet the prediction that his righteous successors would hold sway for no more than thirty years after his death; that then despotic rulers would come to power, and that unrighteousness and tyranny would continually increase till near the end of the world,