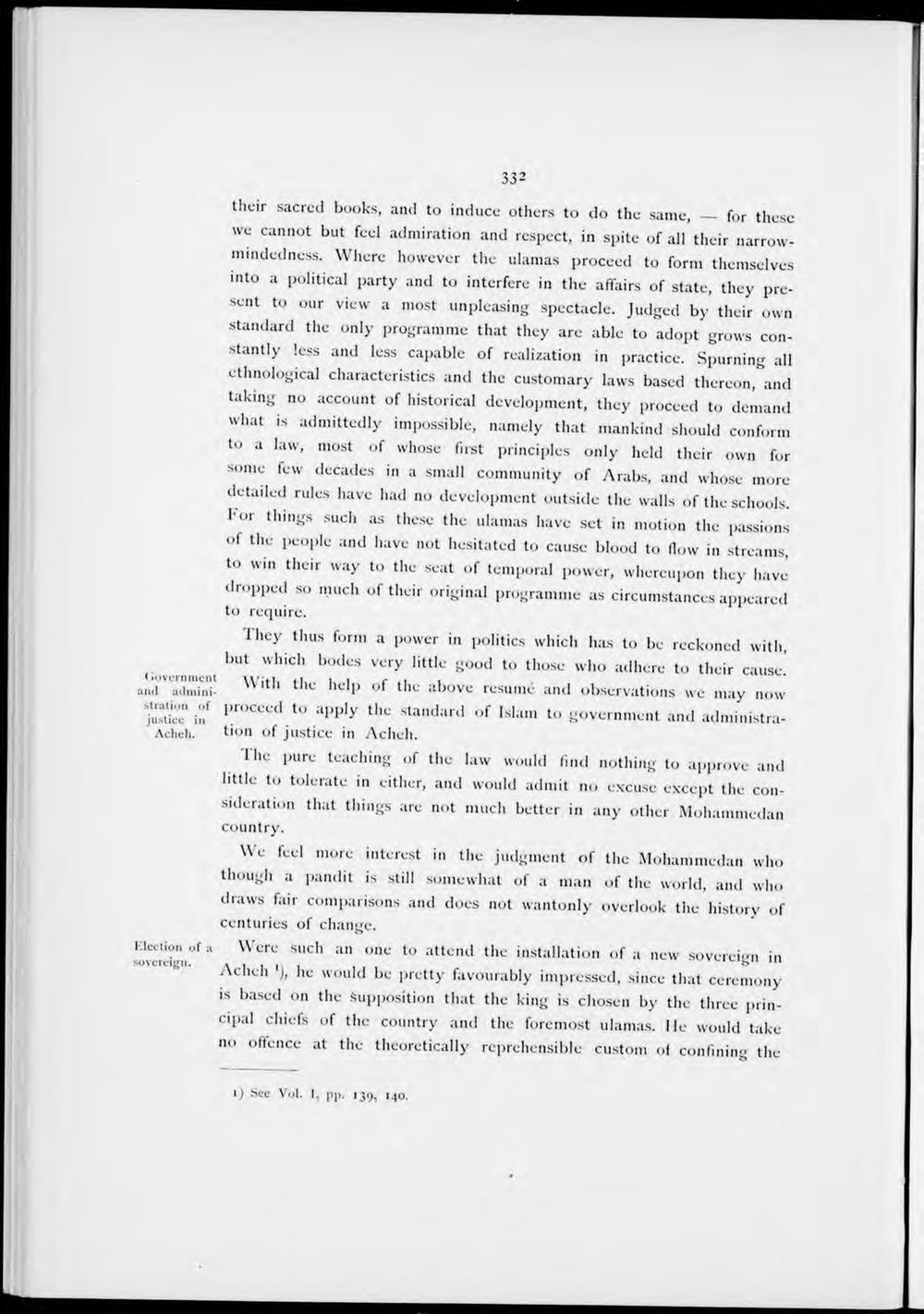 their sacred books, and to induce others to do the same, for these

we cannot but feel admiration and respect, in spite of all their narrowmindedness. Where however the ulamas proceed to form themselves into a political party and to interfere in the affairs of state, they present to our view a most unpleasing spectacle. Judged by their own Standard the only programma that they are able to adopt grows constantly !ess and less capable of realization in practice. Spurning all ethnological characteristics and the customary laws based thereon, and taking no account of historical development, they proceed to demand what is admittedly impossible, namely that mankind should conform to a law, most of whose fust principles only held their own for some few decades in a small community of Arabs, and whose more detailed rules have had 110 development outside the walls of the schools. I'or things such as these the ulamas have set in motion the passions of the people and have not hesitated to cause blood to flow in streams, to win their way to the seat of temporal power, whereupon they have

dropped so mucli of their original programme as circumstances appeared to require.

Iliey thus form a power in politics which has to be reckoned wit li, but which bodes very little good to those who adhere to their cause.'

little to tolerate in either, and would admit no excuse except the con-

sideration that things are not much better in any other Mohammedan country.

We feel more interest in the judgment of the Mohammedan who though a pandit is still somewhat of a man of the world, and who draws fair compansons and does not wantonly overlook the history of centuries of change.

Acheli ), he would be pretty favourably impressed, since that ceremony is based on the Supposition that the kiiig is cliosen by the three principal chiefs of the country and the foremost ulamas. He would take 110 oflence at the theoretically reprehensible custom of confining the