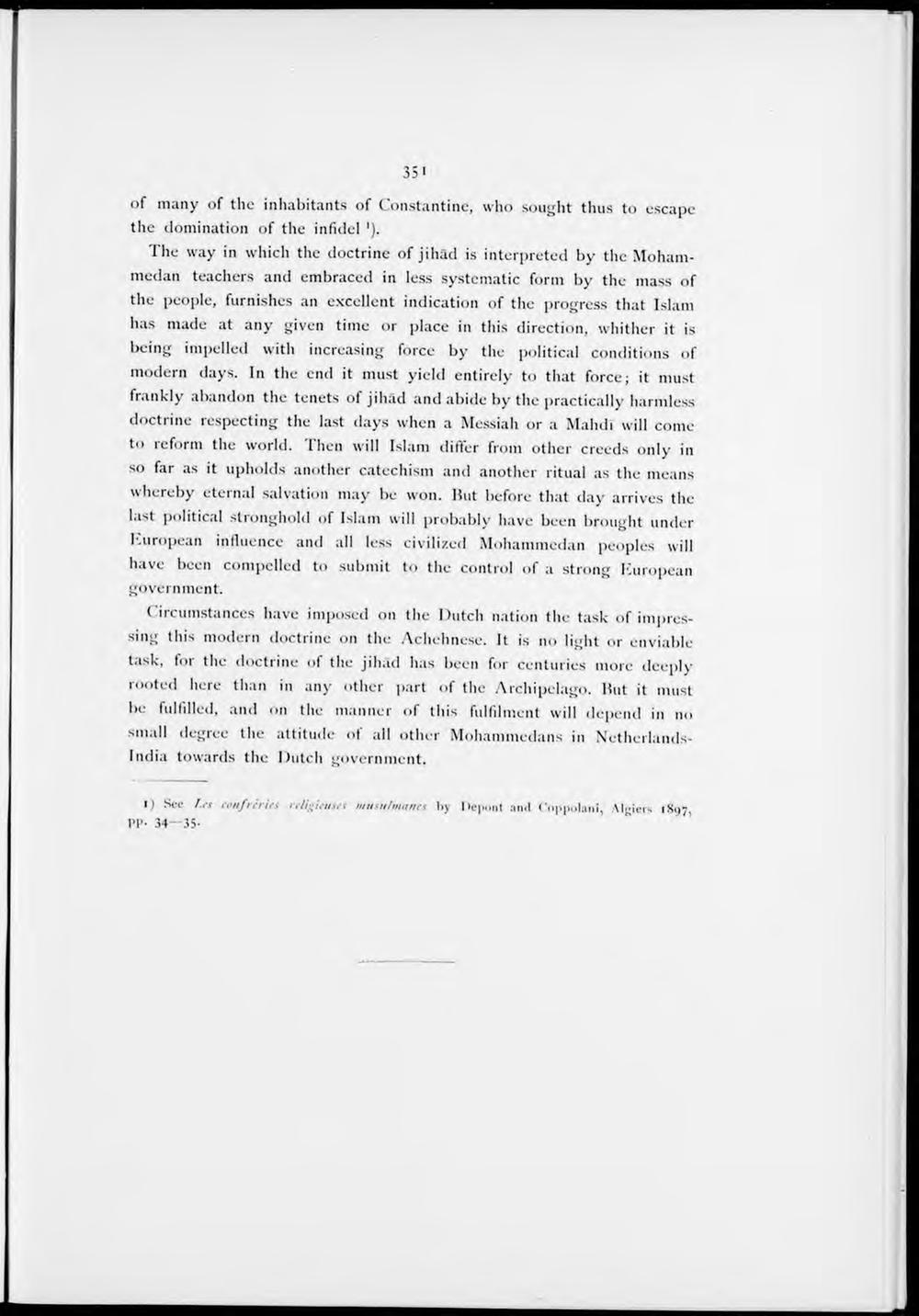 of many of the inhabitants of Constantine, who sought thus to escape the domination of the infidel ').

The way in which the doctrine of jihad is interpreted by the Mohammedan teachers and embraced in less systcmatic form by the mass of the people, furnishes an excellent indication of the progress that Islam lias made at any given time or place in tliis direction, whither it is being impelled with increasing force by the political conditions of modern days. In the end it must yield entirely to tiiat force; it must frankly abandon the tenets of jihad and abide by the practically harmiess doctrine respecting the last days when a Messiah or a Mahdi will come to reform the world. Then will Islam differ from other creeds only in so far as it upholds another catechism and another ritual as the means whereby eternal salvation may be won. But before that day arrivés the last political stronghold of Islam will probably have been brought under European influence and all less civilized Mohammedan peoples will have been compelled to submit to the control of a strong European govei 11 ment.

Circumstances have imposed 011 the Dutcli nation the task of impressing tliis modern doctrine on the Achehnese. It is no light or enviable task, for the doctrine of the jihad has been for centuries more deeply rooted here than in any other part of the Archipelago. But it must be fulfillcd, and on the manner of tliis fulfilment will depend in 110 small degree the attitude ol all other Mohanimedans in NetherlandsIndia towards the Dutcli government.