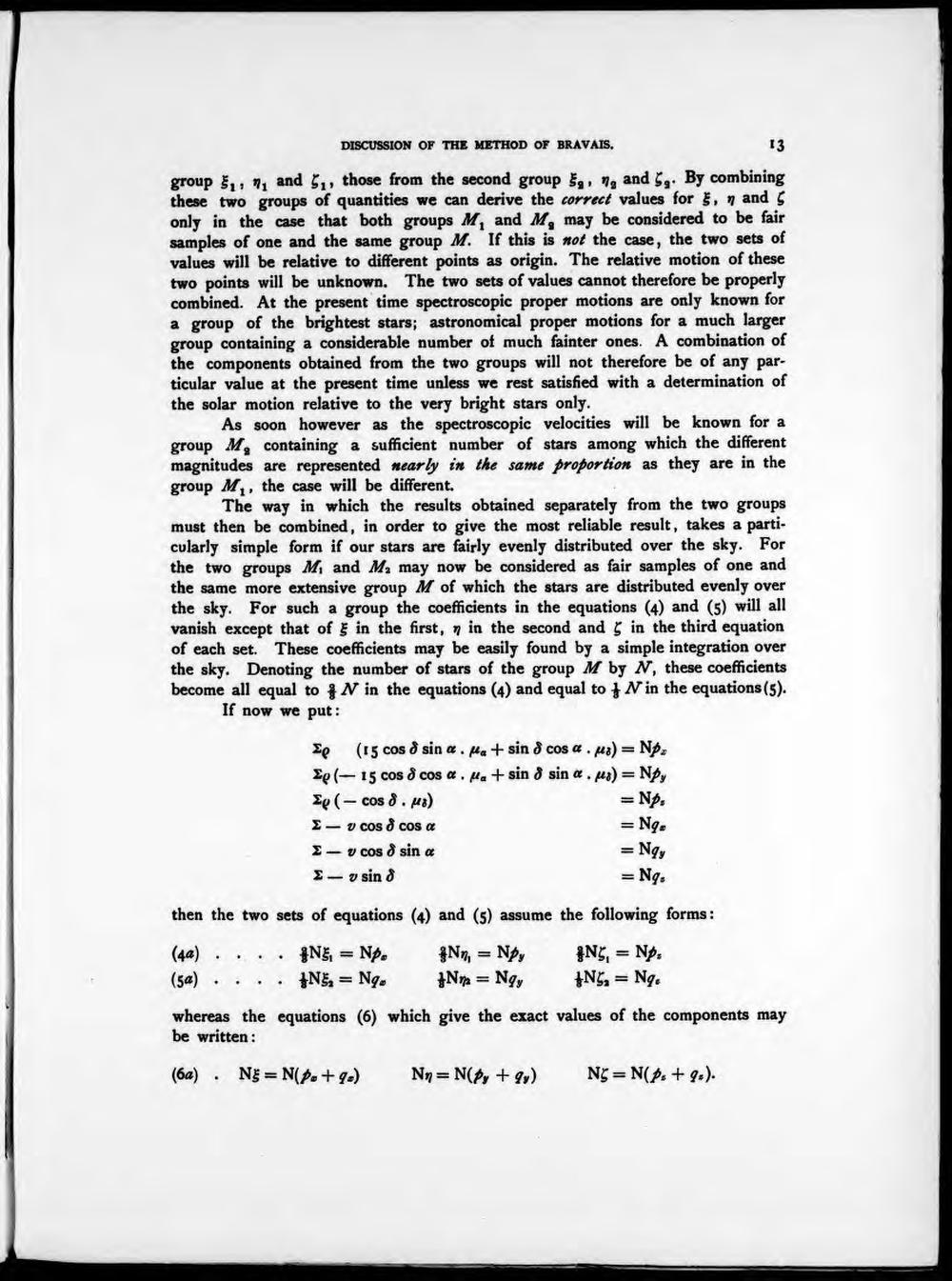 group |t, hj and £j, those from the second group |a, rj2 and £3. By combimng these two groups of quantities we can derive the correct values for g, rj and C, only in the case that both groups Mx and Af9 may be considered to be fair samples of one and the same group Af. If this is not the case, the two sets of values will be relative to different points as origin. The relative motion of these two points will be unknown. The two sets of values cannot therefore be properly combined. At the present time spectroscopie proper motions are only known for a group of the brightest stars; astronomical proper motions for a much larger group containing a considerable number of much fainter ones. A combination of the components obtained from the two groups will not therefore be of any particular value at the present time unless we rest satisfied with a determination of the solar motion relative to the very bright stars only.

As soon however as the spectroscopie velocities will be known for a group M2 containing a sufficiënt number of stars among which the different magnitudes are represented nearly in the same proportion as they are in the group Mx, the case will be different.

The way in which the results obtained separately from the two groups must then be combined, in order to give the most reliable result, takes a particularly simple form if our stars are fairly evenly distributed over the sky. For the two groups M\ and M% may now be considered as fair samples of one and the same more extensive group M of which the stars are distributed evenly over the sky. For such a group the coefficients in the equations (4) and (5) will all vanish except that of § in the fïrst, rj in the second and £ in the third equation of each set. These coefficients may be easily found by a simple integration over the sky. Denoting the number of stars of the group M by Nthese coefficients become all equal to £ N in the equations (4) and equal to £iVin the equations (5).

If now we put:

then the two sets of equations (4) and (5) assume the following forms:

whereas the equations (6) which give the exact values of the components may be written: