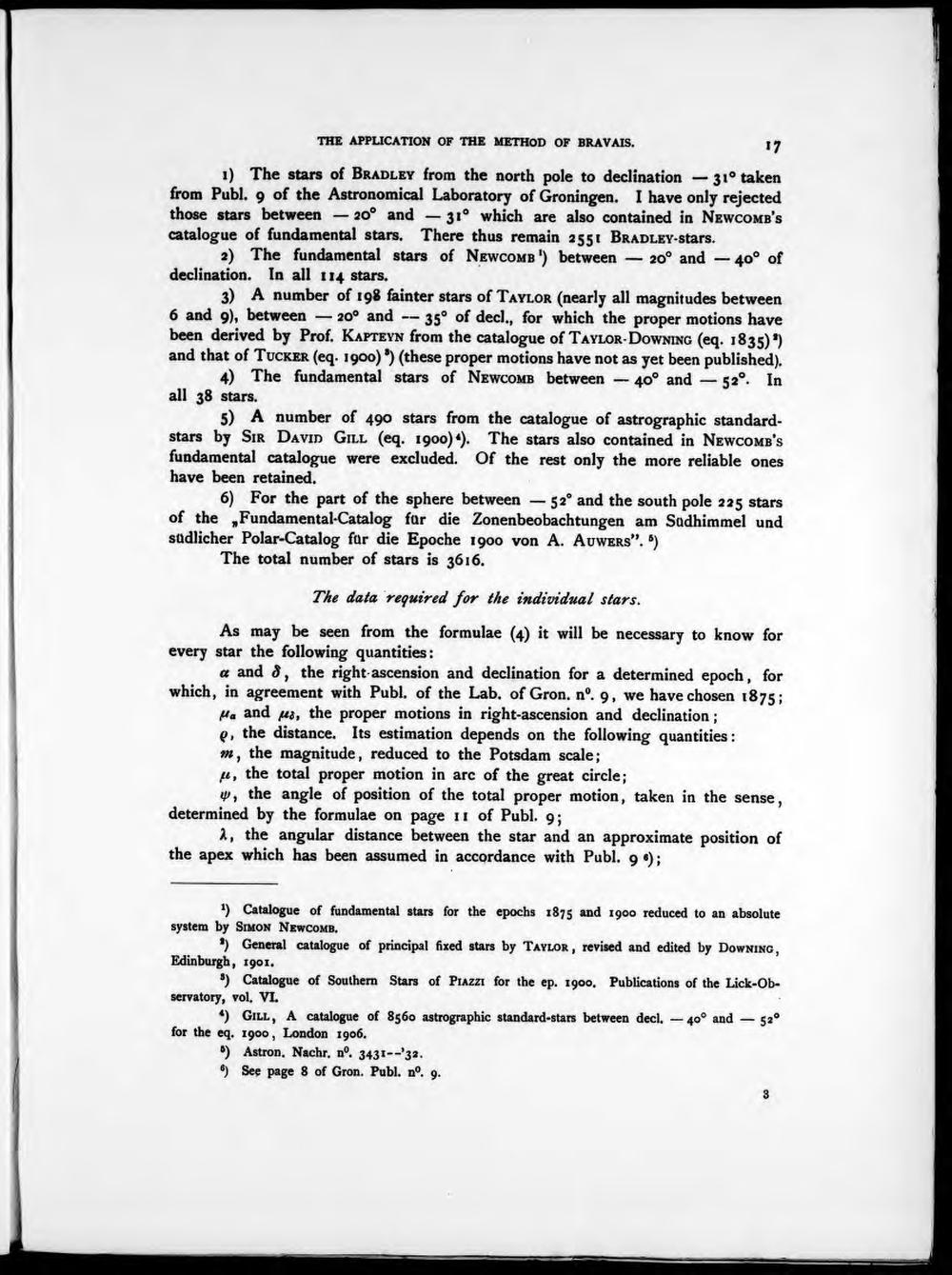 1) The stars of Bradley from the north pole to declination —31° taken from Publ. 9 of the Astronomical Laboratory of Groningen. I have only rejected those stars between — 20° and — 310 which are also contained in Newcomb's catalogue of fundamental stars. There thus remain 2551 bradley-stars.

5) A number of 490 stars from the catalogue of astrographic standardstars by Sir David Gill (eq. 1900) *). The stars also contained in Newcomb's fundamental catalogue were excluded. Of the rest only the more reliable ones have been retained.

The data required for the individual stars.

As may be seen from the formulae (4) it will be necessary to know for every star the following quantities:

a and 8, the right ascension and declination for a determined epoch, for which, in agreement with Publ. of the Lab. of Gron. n°. 9, we havechosen 1875; a and f*s, the proper motions in right-ascension and declination; (), the distance. lts estimation depends on the following quantities: m, the magnitude, reduced to the Potsdam scale;

A, the angular distance between the star and an approximate position of the apex which has been assumed in accordance with Publ. 9 «);

x) Catalogue of fundamental stars for the epochs 1875 an(* 1900 reduced to an absolute system by Simon Newcomb.

3) Catalogue of Southern Stars of Piazzi for the ep. 1900. Publications of the Lick-Observatory, vol. VI.