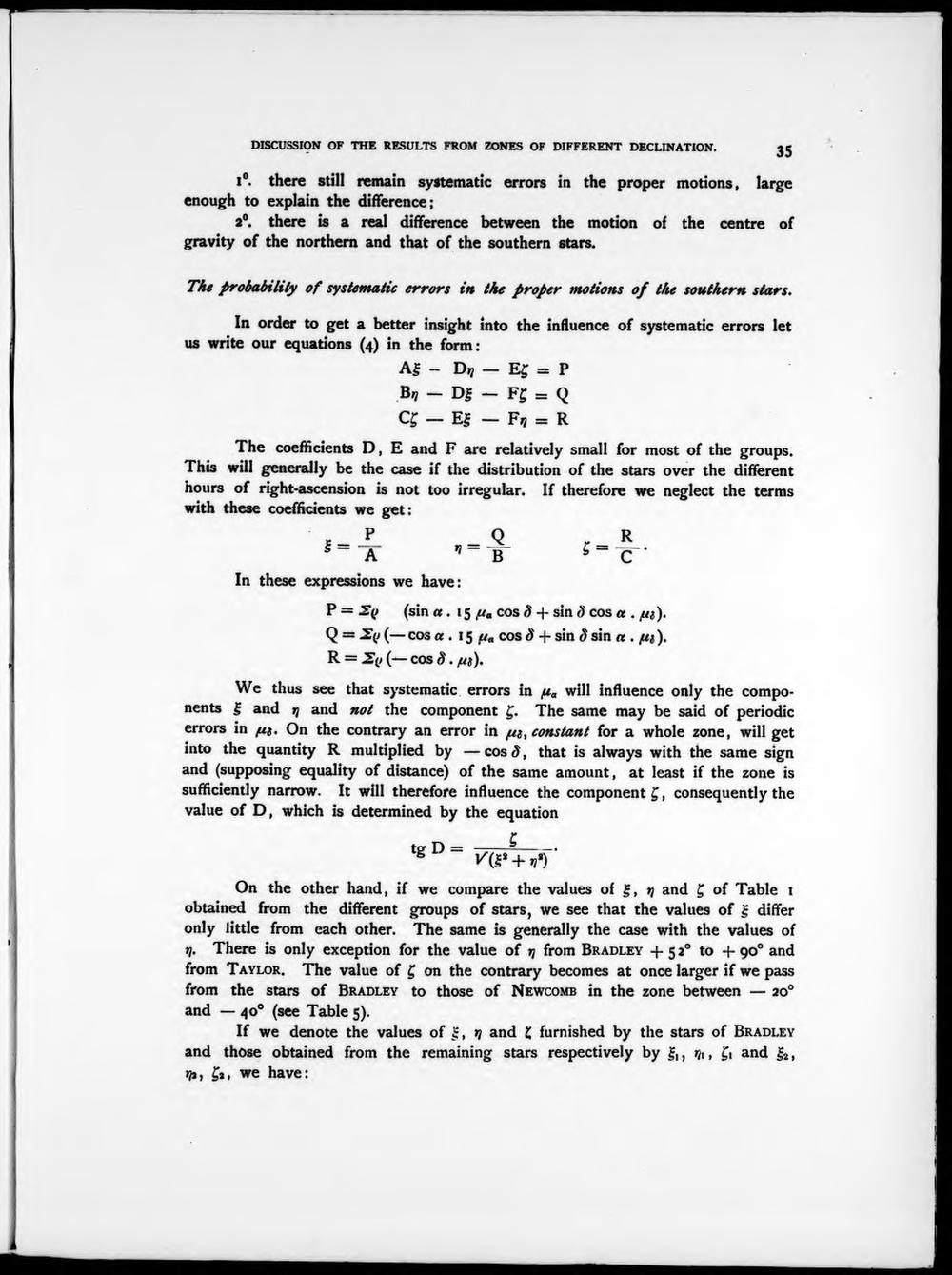 i°. there still remain systematic errors in the proper motions, large enough to explain the difference;

2°. there is a real difference between the motion of the centre of gravity of the northern and that of the southern stars.

The probability of systematic errors in the proper motions of the southern stars.

In order to get a better insight into the influence of systematic errors let us write our equations (4) in the form:

The coefificients D, E and F are relatively small for most of the groups. This will generally be the case if the distribution of the stars over the different hours of right-ascension is not too irregular. If therefore we neglect the terms with these coefficients we get:

In these expressions we have:

We thus see that systematic errors in fia will influence only the components £ and rj and not the component £. The same may be said of periodic errors in ps. On the contrary an error in fis, constant for a whole zone, will get into the quantity R multiplied by — cos 3, that is always with the same sign and (supposing equality of distance) of the same amount, at least if the zone is sufficiently narrow. It will therefore influence the component £, consequently the value of D, which is determined by the equation

On the other hand, if we compare the values of r\ and £ of Table 1 obtained from the different groups of stars, we see that the values of § differ only little from each other. The same is generally the case with the values of rj. There is only exception for the value of r\ from Bradley + 5 20 to + 90° and from Taylor. The value of £ on the contrary becomes at once larger if we pass from the stars of Bradley to those of Newcomb in the zone between — 20° and — 40° (see Table 5).

If we denote the values of §, rj and ï, furnished by the stars of Bradley and those obtained from the remaining stars respectively by £,, r/t, £1 and §2, rja, , we have: