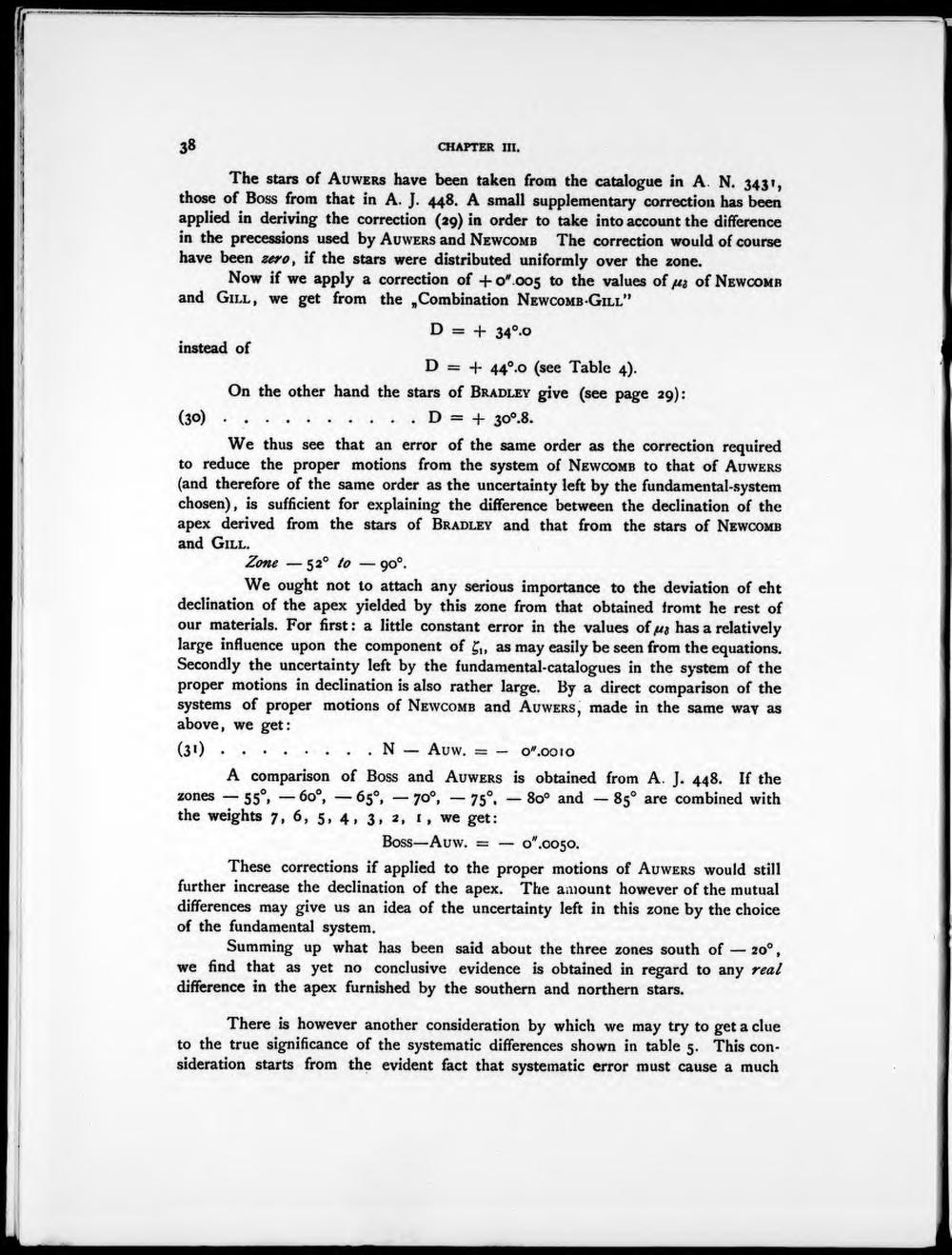 The stars of Auwers have been taken from the catalogue in A. N. 343», those of Boss from that in A. J. 448. A small supplementary correction has been applied in deriving the correction (29) in order to take into account the difiference in the precessions used by Auwers and Newcomb The correction would of course have been zero, if the stars were distributed uniformly over the zone.

Now if we apply a correction of -f- o".oo5 to the values of of Newcomb and Gill, we get from the „Combination Newcomb -Gill"

On the other hand the stars of Bradley give (see page 29):

We thus see that an error of the same order as the correction required to reduce the proper motions from the system of Newcomb to that of Auwers (and therefore of the same order as the uncertainty left by the fundamental-system chosen), is sufficiënt for explaining the difference between the declination of the apex derived from the stars of Bradley and that from the stars of Newcomb and Gill.

We ought not to attach any serious importance to the deviation of eht declination of the apex yielded by this zone from that obtained fromt he rest of our materials. For first: a little constant error in the values of^a has a relatively large influence upon the component of as may easily be seen from the equations. Secondly the uncertainty left by the fundamental-catalogues in the system of the proper motions in declination is also rather large. By a direct comparison of the systems of proper motions of Newcomb and Auwers, made in the same way as above, we get:

These corrections if applied to the proper motions of Auwers would still further increase the declination of the apex. The amount however of the mutual difïferences may give us an idea of the uncertainty left in this zone by the choice of the fundamental system.

Summing up what has been said about the three zones south of — 20°, we find that as yet no conclusive evidence is obtained in regard to any real difference in the apex furnished by the southern and northern stars.

There is however another consideration by which we may try to get a clue to the true significance of the systematic differences shown in table 5. This consideration starts from the evident fact that systematic error must cause a much