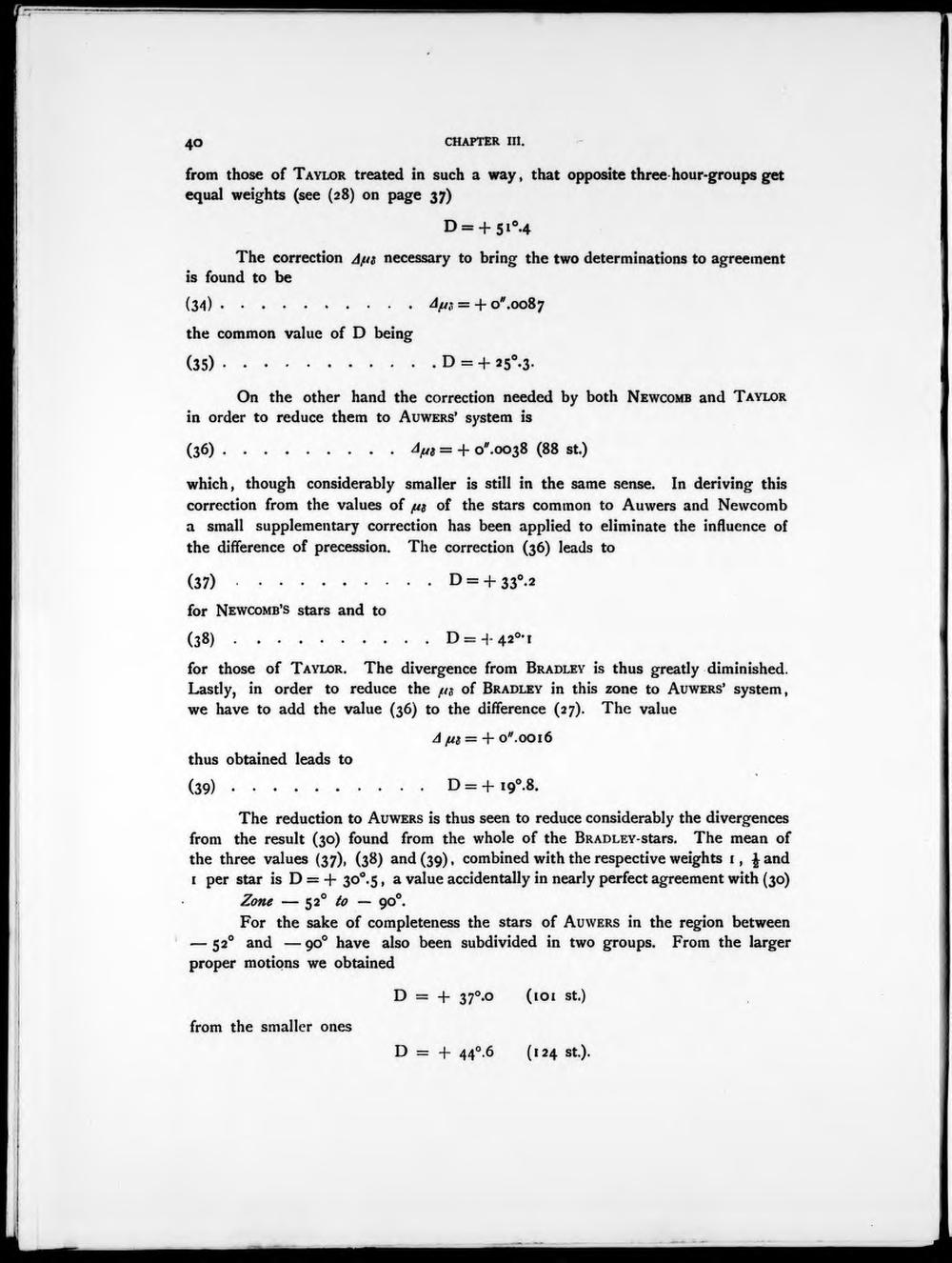 from those of Taylor treated in such a way, that opposite three-hour-groups get equal weights (see (28) on page 37)

the common value of D being

which, though considerably smaller is still in the same sense. In deriving this correction from the values of fig of the stars common to Auwers and Newcomb a small supplementary correction has been applied to eliminate the influence of the difference of precession. The correction (36) leads to

for Newcomb's stars and to

for those of Taylor. The divergence from Bradley is thus greatly diminished. Lastly, in order to reduce the /ug of Bradley in this zone to Auwers' system, we have to add the value (36) to the difference (27). The value

For the sake of completeness the stars of Auwers in the region between — 5 20 and — 90° have also been subdivided in two groups. From the larger proper motions we obtained

from the smaller ones