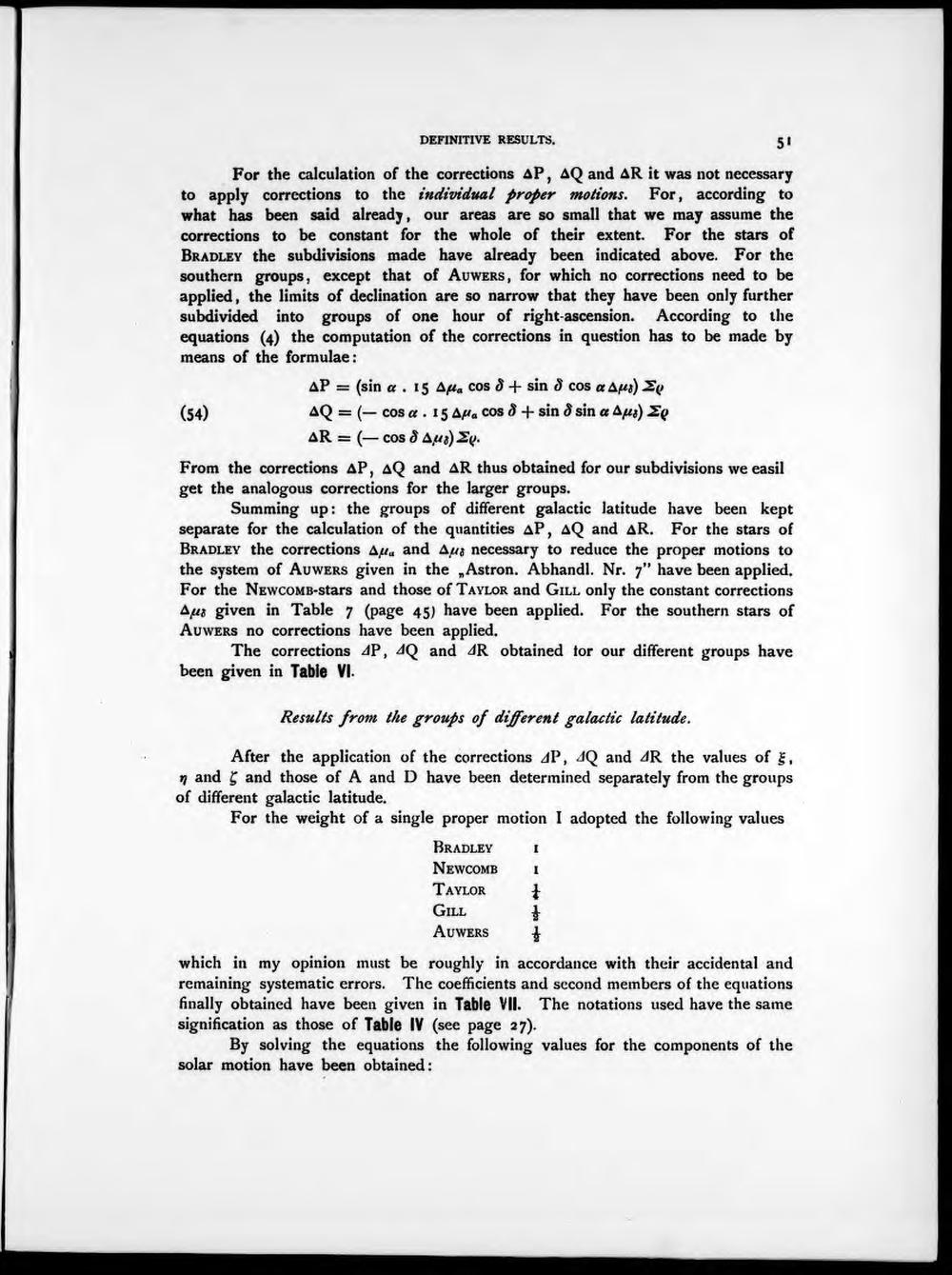 For the calculation of the corrections AP, AQ and AR it was not necessary to apply corrections to the individual proper motions. For, according to what has been said already, our areas are so small that we may assume the corrections to be constant for the whole of their extent. For the stars of Bradley the subdivisions made have already been indicated above. For the southern groups. except that of Auwers, for which no corrections need to be applied, the limits of declination are so narrow that they have been only further subdivided into groups of one hour of right-ascension. According to the equations (4) the computation of the corrections in question has to be made by means of the formulae:

From the corrections ap, aQ and ar thus obtained for our subdivisions we easil get the analogous corrections for the larger groups.

The corrections AP, and ^R obtained tor our different groups have been given in Tabie VI.

Results from the groups of different galactic latitude.

After the application of the corrections JP, AQ and ^R the values of g, r\ and £ and those of A and D have been determined separately from the groups of different galactic latitude.

Bradley i Newcomb i Taylor £

which in my opinion must be roughly in accordance with their accidental and remaining systematic errors. The coefficients and second members of the equations finally obtained have been given in Table VII. The notations used have the same signification as those of Table IV (see page 27).

By solving the equations the following values for the components of the solar motion have been obtained: