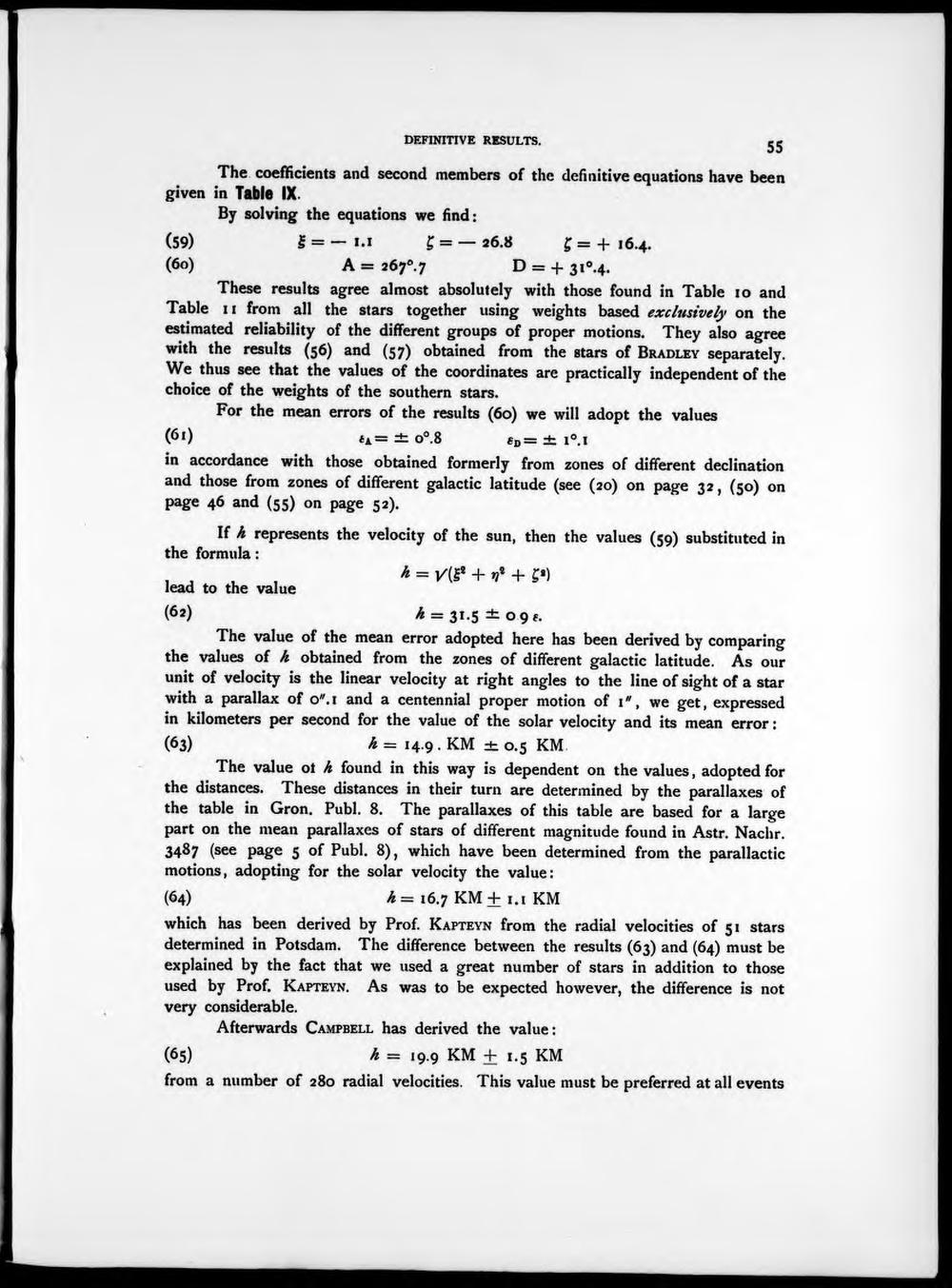 The coefficients and second members of the definitive equations have been given in Table IX.

By solving the equations we find:

These results agree almost absolutely with those found in Table 10 and Table 11 from all the stars together using weights based exclusively on the estimated reliability of the different groups of proper motions. They also agree with the results (56) and (57) obtained from the stars of Bradley separately. We thus see that the values of the coordinates are practically independent of the choice of the weights of the southern stars.

If h represents the velocity of the sun, then the values (59) substituted in the formula:

The value of the mean error adopted here has been derived by comparing the values of h obtained from the zones of different galactic latitude. As our unit of velocity is the linear velocity at right angles to the line of sight of a star with a parallax of o". 1 and a centennial proper motion of 1", we get, expressed in kilometers per second for the value of the solar velocity and its mean error:

which has been derived by Prof. Kapteyn from the radial velocities of 51 stars determined in Potsdam. The difiference between the results (63) and (64) must be explained by the fact that we used a great number of stars in addition to those used by Prof. Kapteyn. As was to be expected however, the difference is not very considerable.

Afterwards Campbell has derived the value:

from a number of 280 radial velocities. This value must be preferred at all events