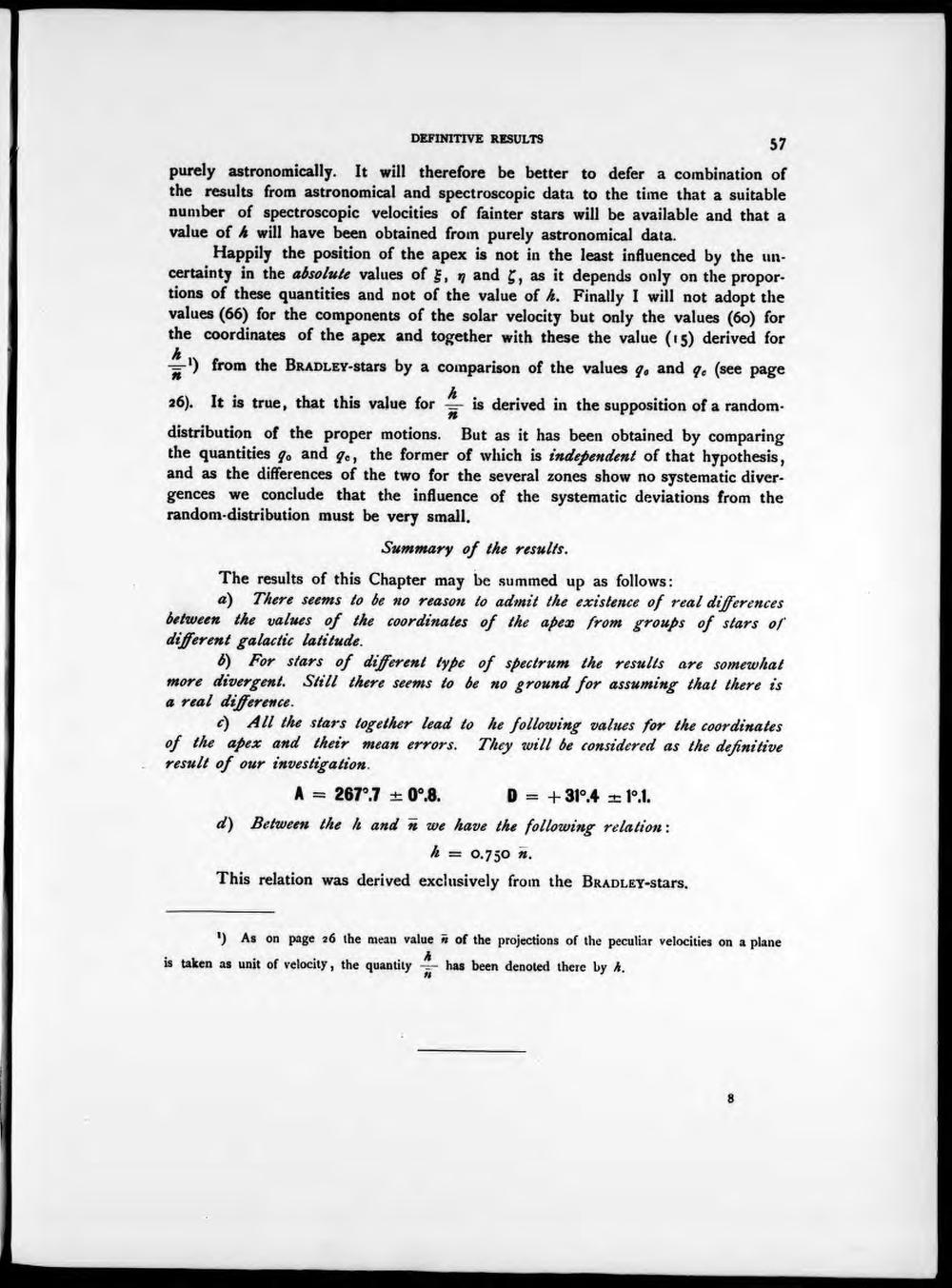 Happily the position of the apex is not in the least influenced by the uncertainty in the absolute values of tj and £, as it depends only on the proportions of these quantities and not of the value of h. Finally I will not adopt the values (66) for the components of the solar velocity but only the values (60) for the coordinates of the apex and together with these the value (15) derived for k

distribution of the proper motions. But as it has been obtained by comparing the quantities gQ and ^Cj the former of wliich is independent of that hypothesis, and as the differences of the two for the several zones show no systematic divergences we conclude that the influence of the systematic deviations from the random-distribution must be very small.

Summary of the results.

The results of this Chapter may be summed up as foliows:

d) There seems to be no reason to admit the existence of real differences between the values of the coordinates of the apex from groups of stars of different galactic latitude.

b) For stars of different type of spectrum the results are somewhat more divergent. Still there seems to be no ground for assuming that there is a real difference.

c) All the stars together lead to he following values for the coordinates of the apex and their mean errors. Thcy will be considered as the definitive result of our investigation.

d) Between the h and n we have the following relation:

This relation was derived exclusively from the BRADLEY-stars.

') As on page 26 the mean value n of the projections of the peculiar velocities on a plane is taken as unit of velocity, the quantity 4- has been denoted there by h.