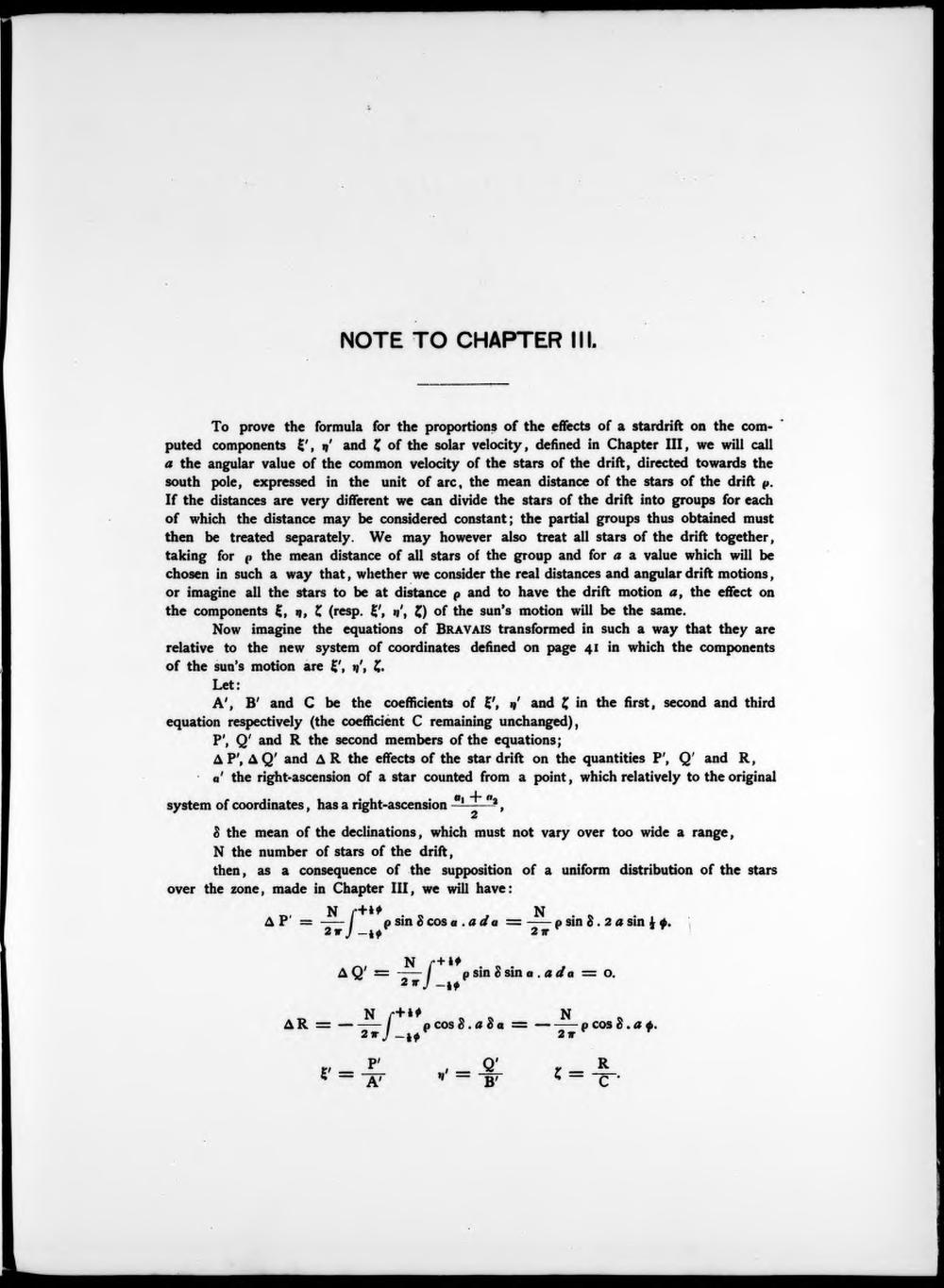 To prove the formula for the proportions of the effects of a stardrift on the computed components *?' and Z of the solar velocity, defined in Chapter III, we will call a the angular value of the common velocity of the stars of the drift, directed towards the south pole, expressed in the unit of are, the mean distance of the stars of the drift p. If the distances are very different we can divide the stars of the drift into groups for each of which the distance may be considered constant; the partial groups thus obtained must then be treated separately. We may however also treat all stars of the drift together, taking for p the mean distance of all stars of the group and for a a value which will be chosen in such a way that, whether we consider the real distances and angular drift motions, or imagine all the stars to be at distance p and to have the drift motion a, the effect on the components £, q, £ (resp. q', Z) of the sun's motion will be the same.

Now imagine the equations of Bravais transformed in such a way that they are relative to the new system of coordinates defined on page 41 in which the components of the sun's motion are g', q', £.

A', B' and C be the coefficients of £', q' and g in the first, second and third equation respectively (the coëfficiënt C remaining unchanged),

P', Q' and R the second members of the equations;

A P', AQ' and A R the effects of the star drift on the quantities P', Q' and R, a' the right-ascension of a star counted from a point, which relatively to the original

system of coordinates, has a right-ascension 0| — ,

$ the mean of the declinations, which must not vary over too wide a range,

N the number of stars of the drift,

then, as a consequence of the supposition of a uniform distribution of the stars over the zone, made in Chapter III, we will have: