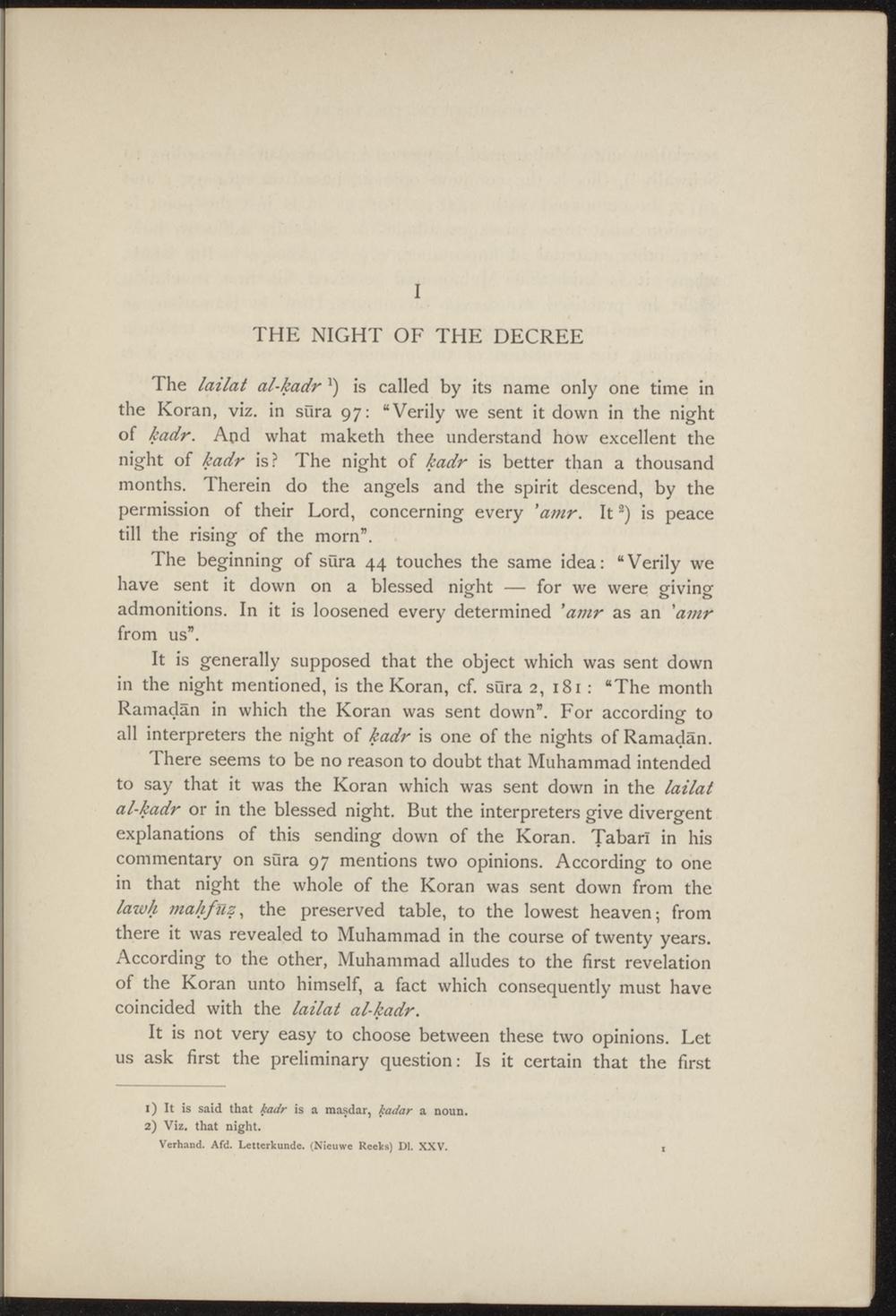 THE NIGHT OF THE DECREE

The lailat al-kadr is called by its name only one time in the Koran, viz. in süra 97: "Verily we sent it down in the night of kadr. And what maketh thee understand hovv excellent the night of kadr is? The night of kadr is better than a thousand months. Therein do the angels and the spirit descend, by the permission of their Lord, concerning every 'amr. It3) is peace till the rising of the morn".

The beginning of süra 44 touches the same idea: "Verily we have sent it down on a blessed night — for we were giving admonitions. In it is loosened every determined 'amr as an 'amr from us".

It is generally supposed that the object which was sent down in the night mentioned, is the Koran, cf. süra 2, 181 : "The month Ramadan in which the Koran was sent down". For accordino- to

all interpreters the night of kadr is one of the nights of Ramadan.

There seems to be no reason to doubt that Muhammad intended to say that it was the Koran which was sent down in the lailat al-kadr or in the blessed night. But the interpreters give divergent explanations of this sending down of the Koran. Tabarï in his commentary on süra 97 mentions two opinions. According to one in that night the whole of the Koran was sent down from the lawh mahfüz, the preserved table, to the lowest heaven; from there it was revealed to Muhammad in the course of twenty years. According to the other, Muhammad alludes to the first revelation of the Koran unto himself, a fact which consequently must have coincided with the lailat al-kadr.

It is not very easy to choose between these two opinions. Let us ask first the preliminary question: Is it certain that the first

1) It is said that kadr is a masdar, kadar a noun.