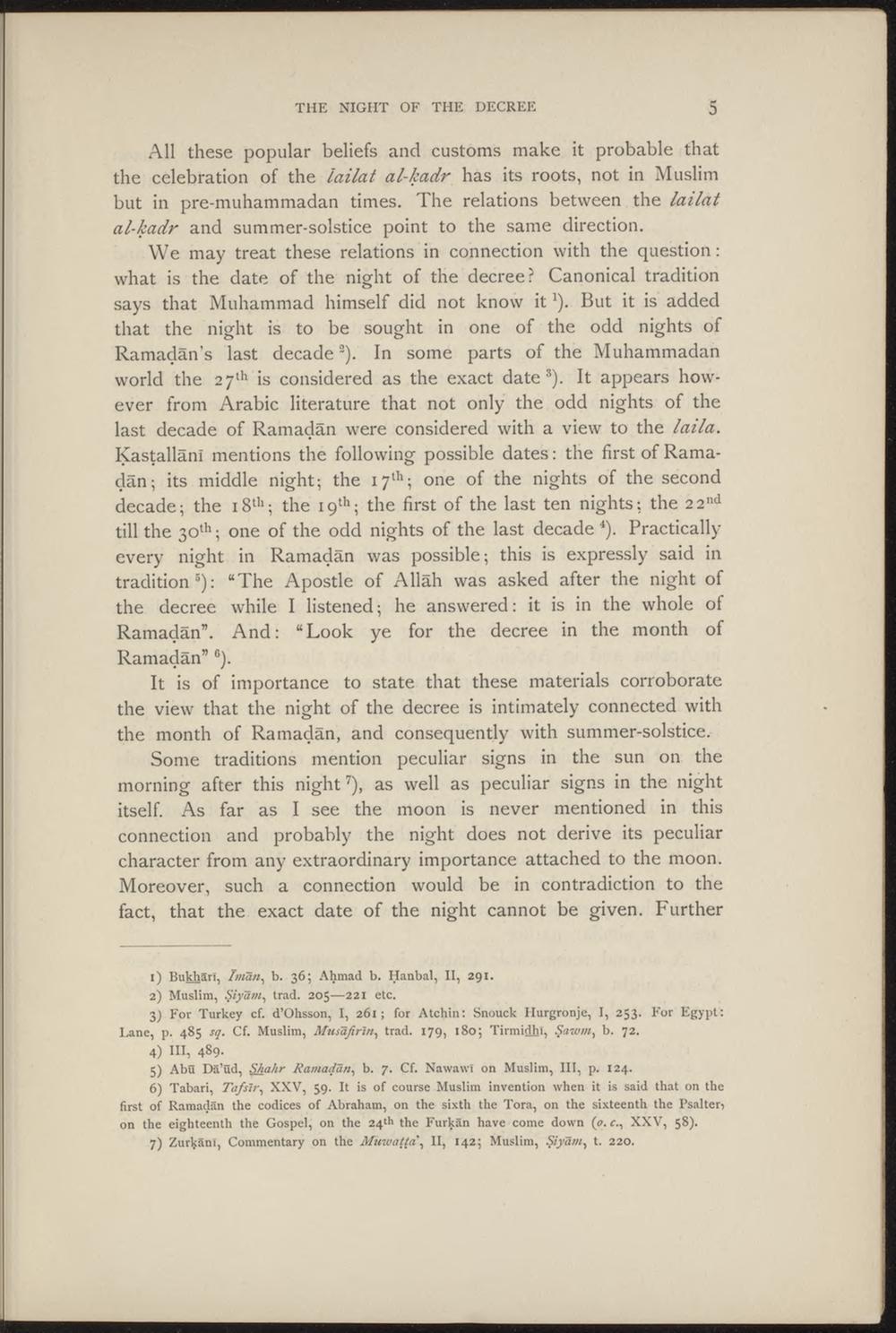 All these popular beliefs and customs make it probable that the celebration of the lailat al-kadr has its roots, not in Muslim but in pre-muhammadan times. The relations between the lailat al-kadr and summer-solstice point to the same direction.

We may treat these relations in connection with the question: what is the date of the night of the decree? Canonical tradition says that Muhammad himself did not knovv itJ). But it is added that the night is to be sought in one of the odd nights of Ramadan's last decade3). In some parts of the Muhammadan vvorld the 2 7th is considered as the exact date3). It appears however from Arabic literature that not only the odd nights of the last decade of Ramadan were considered with a view to the laila. Kastallanï mentions the following possible dates: the first of Ramadan; its middle night; the I7th; one of the nights of the second decade; the i8th; the i9th; the first of the last ten nights; the 2 2nd till the 30th; one of the odd nights of the last decade 4). Practically every night in Ramadan was possible; this is expressly said in tradition5): "The Apostle of Allah was asked after the night of the decree while I listened; he answered: it is in the whole of Ramadan". And: "Look ye for the decree in the month of Ramadan"G).

It is of importance to state that these materials corroborate the view that the night of the decree is intimately connected with the month of Ramadan, and consequently with summer-solstice.

6) Tabari, Tafslr, XXV, 59. It is of course Muslim invention when it is said that on the first of Ramadan the codices of Abraham, on the sixth the Tora, on the sixteenth the Psalter, on the eighteenth the Gospel, on the 24th the Furkan have come down (0. <r., XXV, 58).