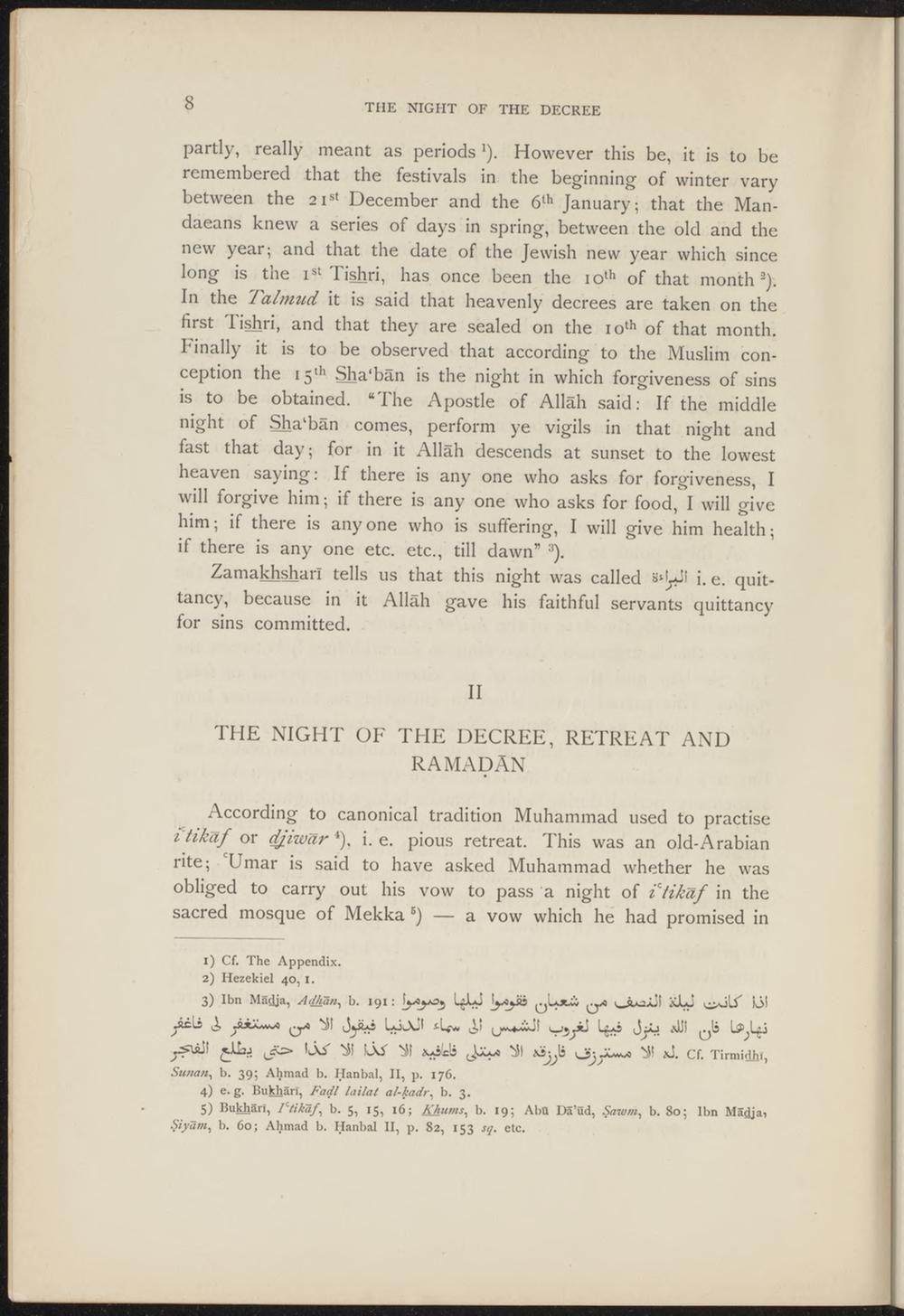 partly, really meant as periods ]). However this be, it is to be remembered that the festivals in the beginning' of winter vary between the 2ist December and the 6th January; that the Mandaeans knew a series of days in spring, between the old and the new year; and that the date of the Jewish new year which since long is the ist Tishri, has once been the ioth of that month 3). In the Talmud it is said that heavenly decrees are taken on the first lishri, and that they are sealed on the ioth of that month. binally it is to be observed that according to the Muslim conception the 15th Sha'ban is the night in which forgiveness of sins is to be obtained. "The Apostle of Allah said: If the middle night of Sha'ban comes, perform ye vigils in that night and fast that day; for in it Allah descends at sunset to the lowest heaven saying: If there is any one who asks for forgiveness, I will forgive him; if there is any one who asks for food, I will give him; if theie is any one who is suffering, I will give him health; if there is any one etc. etc., till dawn" 3).

Zamakhsharï tells us that this night was called i. e. quittancy, because in it Allah gave his faithful servants quittancy for sins committed.

THE NIGHT OF THE DECREE, RETREAT AND

According to canonical tradition Muhammad used to practise itikaf or d^iwar4), i. e. pious retreat. This was an old-Arabian rite; Umar is said to have asked Muhammad whether he was obliged to carry out his vow to pass a night of ïtikaf in the sacred mosque of Mekka 6) — a vow which he had promised in