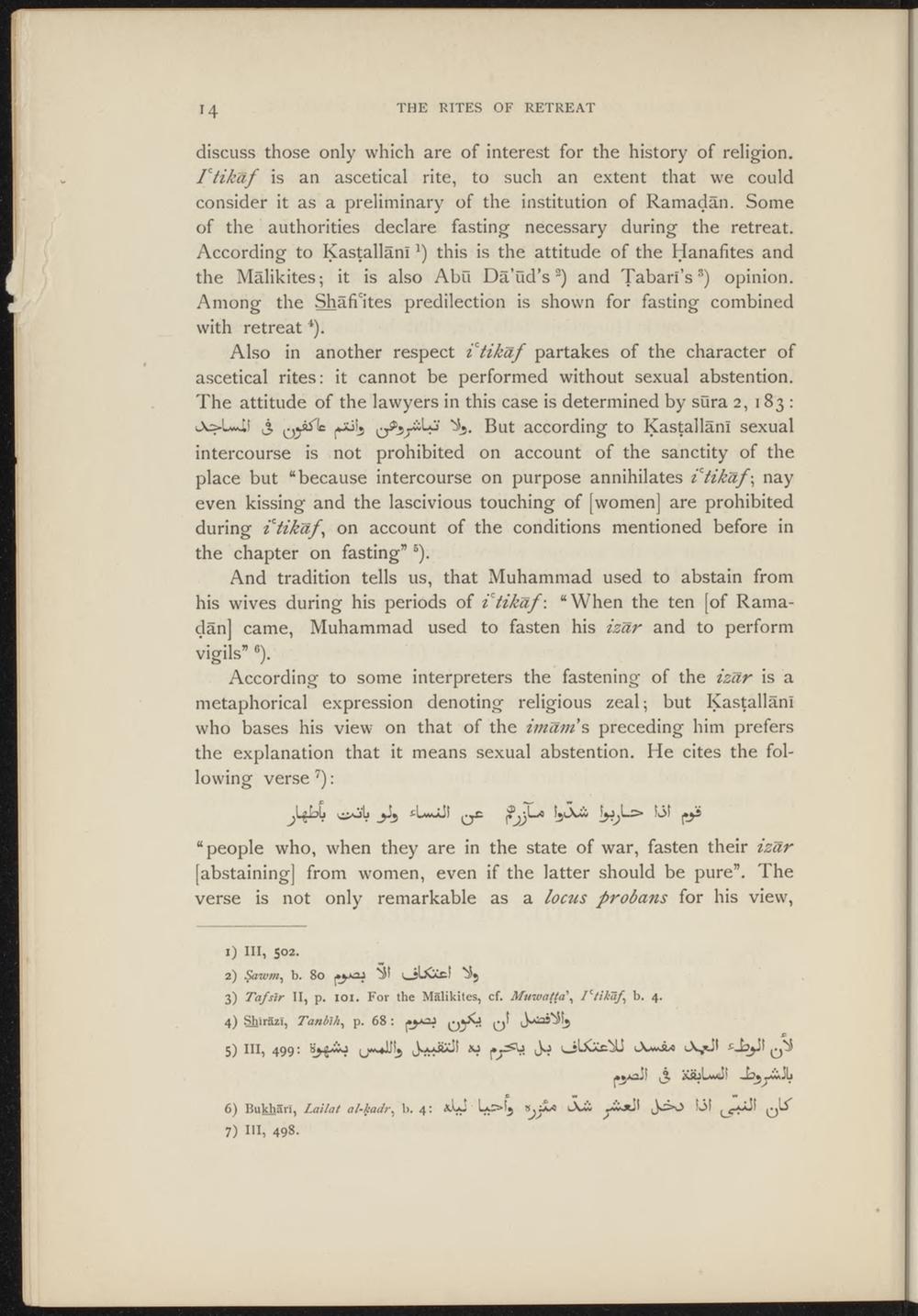 discuss those only which are of interest for the history of religion. Vtikaf is an ascetical rite, to such an extent that we could consider it as a preliminary of the institution of Ramadan. Some of the authorities declare fasting necessary during the retreat. According to Kastallanïa) this is the attitude of the Hanafites and the Malikites; it is also Abü Da'üd's3) and Tabarï's3) opinion. Among the Shafi ites predilection is shown for fasting combined with retreat *).

Also in another respect ïtikaf partakes of the character of ascetical rites: it cannot be performed without sexual abstention. The attitude of the lawyers in this case is determined by süra 2, 183: A>UI j jUj!} %. But according to Kastallanï sexual

And tradition tells us, that Muhammad used to abstain from his wives during his periods of 1 tikaf: "When the ten [of Ramadan] came, Muhammad used to fasten his izar and to perform vigils"6).

According to some interpreters the fastening of the izar is a metaphorical expression denoting religious zeal; but Kastallanï who bases his view on that of the imam s preceding him prefers the explanation that it means sexual abstention. He cites the following verse 7):

"people who, when they are in the state of war, fasten their izar [abstaining] from women, even if the latter should be pure". The verse is not only remarkable as a loctis probans for his view,