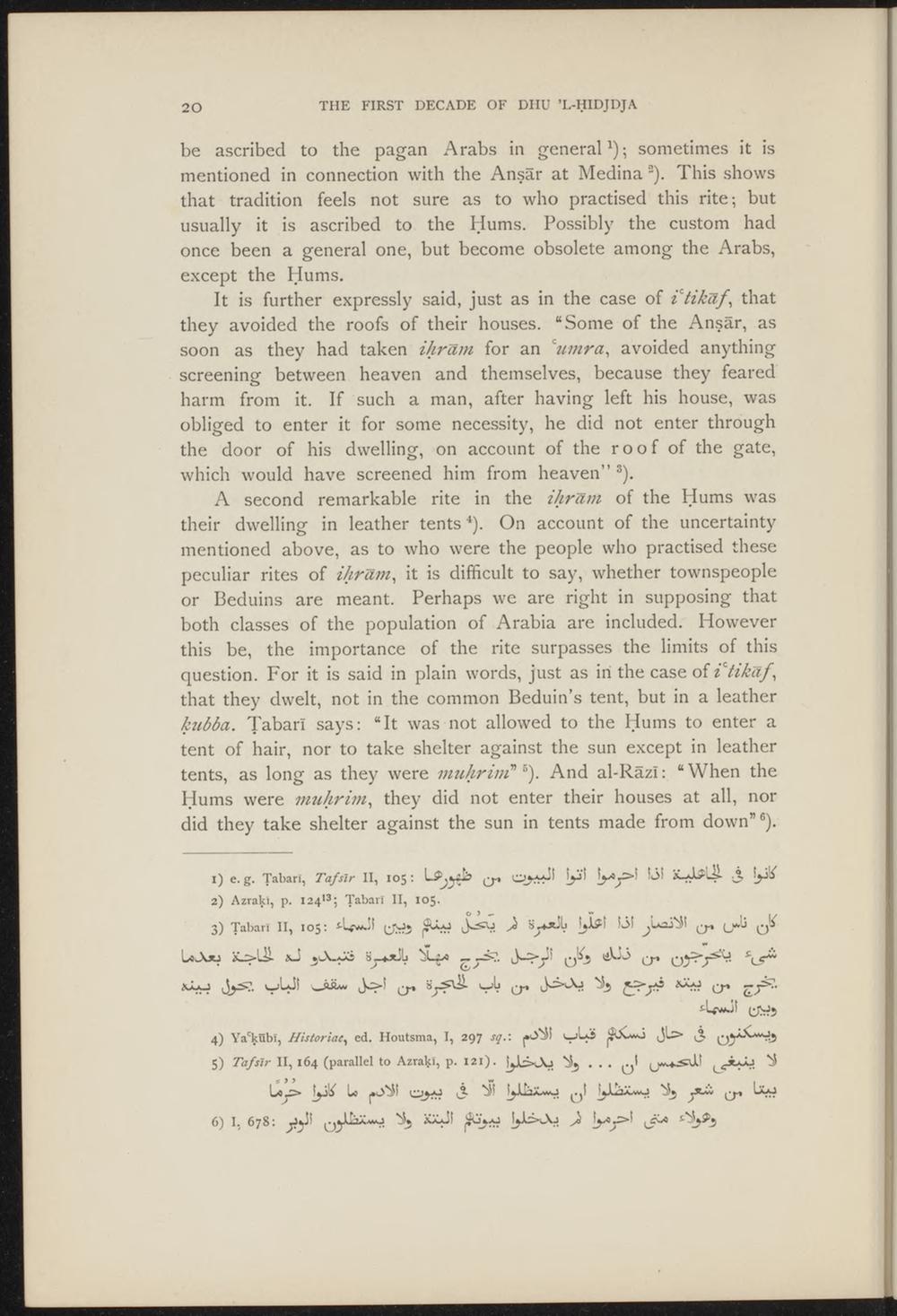 be ascribed to the pagan Arabs in general1); sometimes it is mentioned in connection with the Ansar at Medina 2). This shows that tradition feels not sure as to who practised this rite; but usually it is ascribed to the Hums. Possibly the custom had once been a general one, but become obsolete among the Arabs, except the Hums.

It is further expressly said, just as in the case of itikaf\ that they avoided the roofs of their houses. "Some of the Ansar, as soon as they had taken ihram for an cunira, avoided anything screening between heaven and themselves, because they feared harm from it. If such a man, after having left his house, was obliged to enter it for some necessity, he did not enter through the door of his dwelling, on account of the roof of the gate, which would have screened him from heaven" 3).

A second remarkable rite in the ihram of the Hums was their dwelling in leather tents4). On account of the uncertainty mentioned above, as to who were the people who practised these peculiar rites of ihram, it is difficult to say, whether townspeople or Beduins are meant. Perhaps we are right in supposing that both classes of the population of Arabia are included. However this be, the importance of the rite surpasses the limits of this question. For it is said in plain words, just as iri the case oiitikaf, that they dwelt, not in the common Beduin's tent, but in a leather kubba. Tabarï says: "It was not allowed to the Hums to enter a tent of hair, nor to take shelter against the sun except in leather tents, as long as they were muhrim" 6). And al-Razï: " When the Hums were muhrim, they did not enter their houses at all, nor did they take shelter against the sun in tents made from down"6).