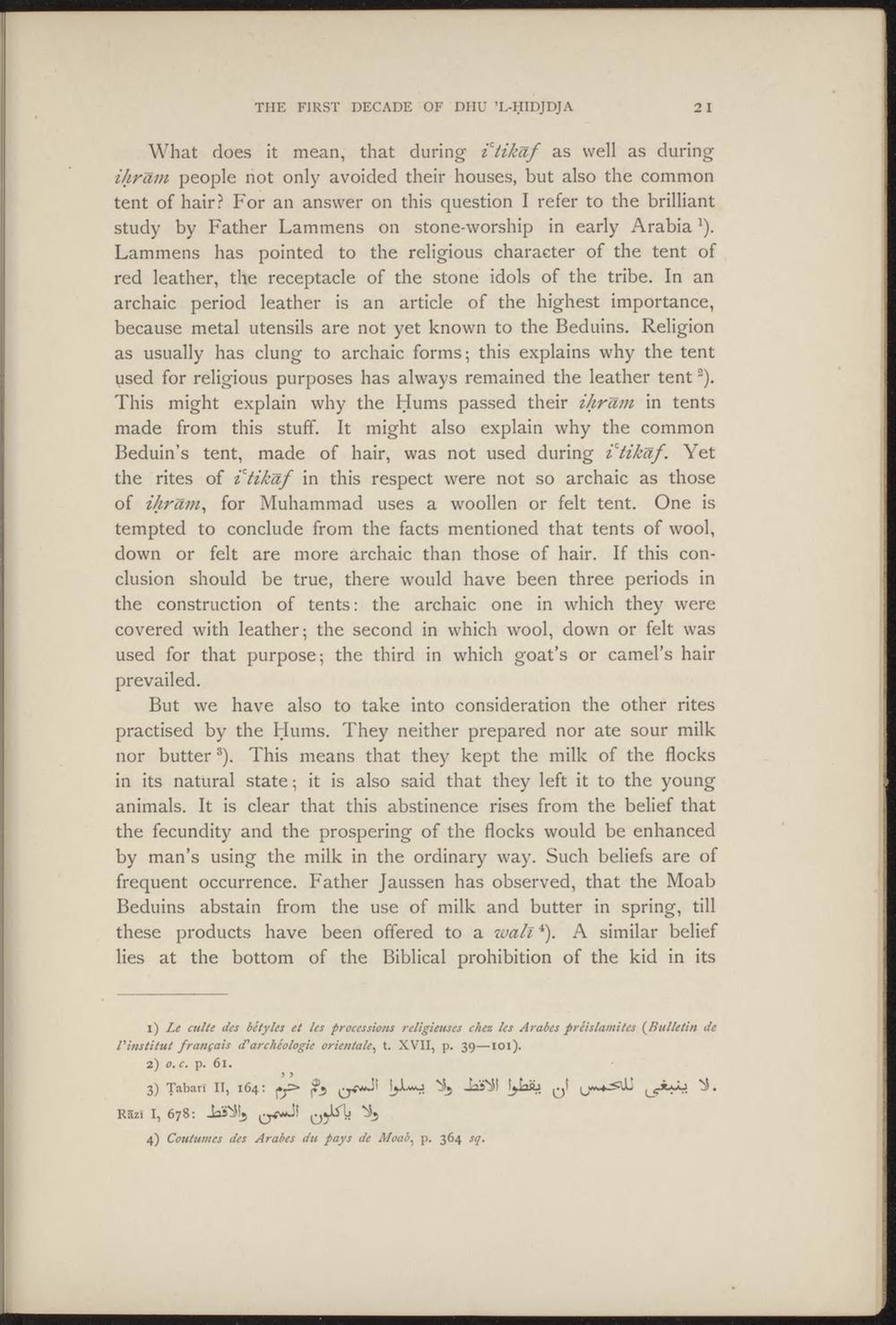 What does it mean, that during itikaf as well as during ihram people not only avoided their houses, but also the common tent of hair? For an answer on this question I refer to the brilliant study by Father Lammens on stone-worship in early Arabia1). Lammens has pointed to the religious charaeter of the tent of red leather, the receptacle of the stone idols of the tribe. In an archaic period leather is an article of the highest importance, because metal utensils are not yet known to the Beduins. Religion as usually has clung to archaic forms; this explains why the tent used for religious purposes has always remained the leather tent2). This might explain why the Hums passed their ihram in tents made from this stuff. It might also explain why the common Beduin's tent, made of hair, was not used during ïtikaf. Yet the rites of ïtikaf in this respect were not so archaic as those of ihram, for Muhammad uses a woollen 01* feit tent. One is tempted to conclude from the facts mentioned that tents of wool, down or feit are more archaic than those of hair. If this conclusion should be true, there would have been three periods in the construction of tents: the archaic one in which they were covered with leather; the seconcl in which wool, down or feit was used for that purpose; the third in which goat's or camel's hair prevailed.

But we have also to take into consideration the other rites practised by the Hums. They neither prepared nor ate sour milk nor butter 3). This means that they kept the milk of the flocks in its natüral state; it is also said that they left it to the young animals. It is clear that this abstinence rises from the belief that the fecundity and the prospering of the flocks would be enhanced by man's using the milk in the ordinary way. Such beliefs are of frequent occurrence. Father Jaussen has observed, that the Moab Beduins abstain from the use of milk and butter in spring, till these products have been offered to a wall4). A similar belief lies at the bottom of the Biblical prohibition of the kid in its