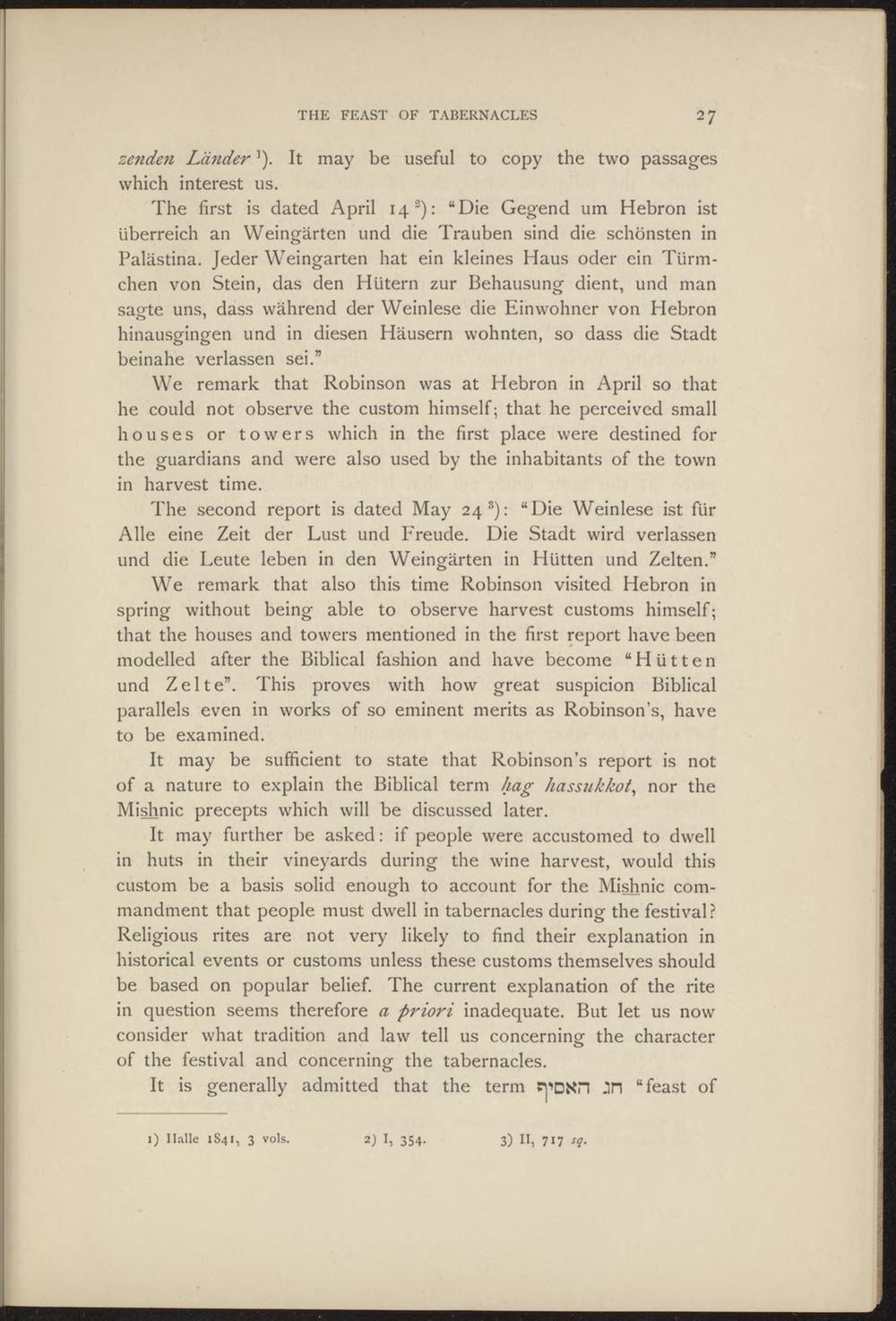 zenden L 'dnder]). It may be useful to copy the two passages which interest us.

We remark that Robinson was at Hebron in April so that he could not observe the custom himself; that he perceived small houses or towers which in the first place were destined for the guardians and were also used by the inhabitants of the town in harvest time.

We remark that also this time Robinson visited Hebron in spring without being able to observe harvest customs himself; that the houses and towers mentioned in the first report have been modelled after the Biblical fashion and have become "Hütten und Zei te". This proves with how great suspicion Biblical parallels even in works of so eminent merits as Robinson's, have to be examined.

It may be sufficiënt to state that Robinson's report is not of a nature to explain the Biblical term hag hassukkot, nor the Mishnic precepts which will be discussed later.

It may further be asked: if people were accustomed to dweil in huts in their vineyards during the wine harvest, would this custom be a basis solid enough to account for the Mishnic commandment that people must dweil in tabernacles during the festival? Religious rites are not very likely to find their explanation in historical events or customs unless these customs themselves should be based on popular belief. The current explanation of the rite in question seems therefore a priori inadequate. But let us now consider what tradition and law teil us concerning the character of the festival and concerninp- the tabernacles.

It is generally admitted that the term rpDXn Jil "feast of