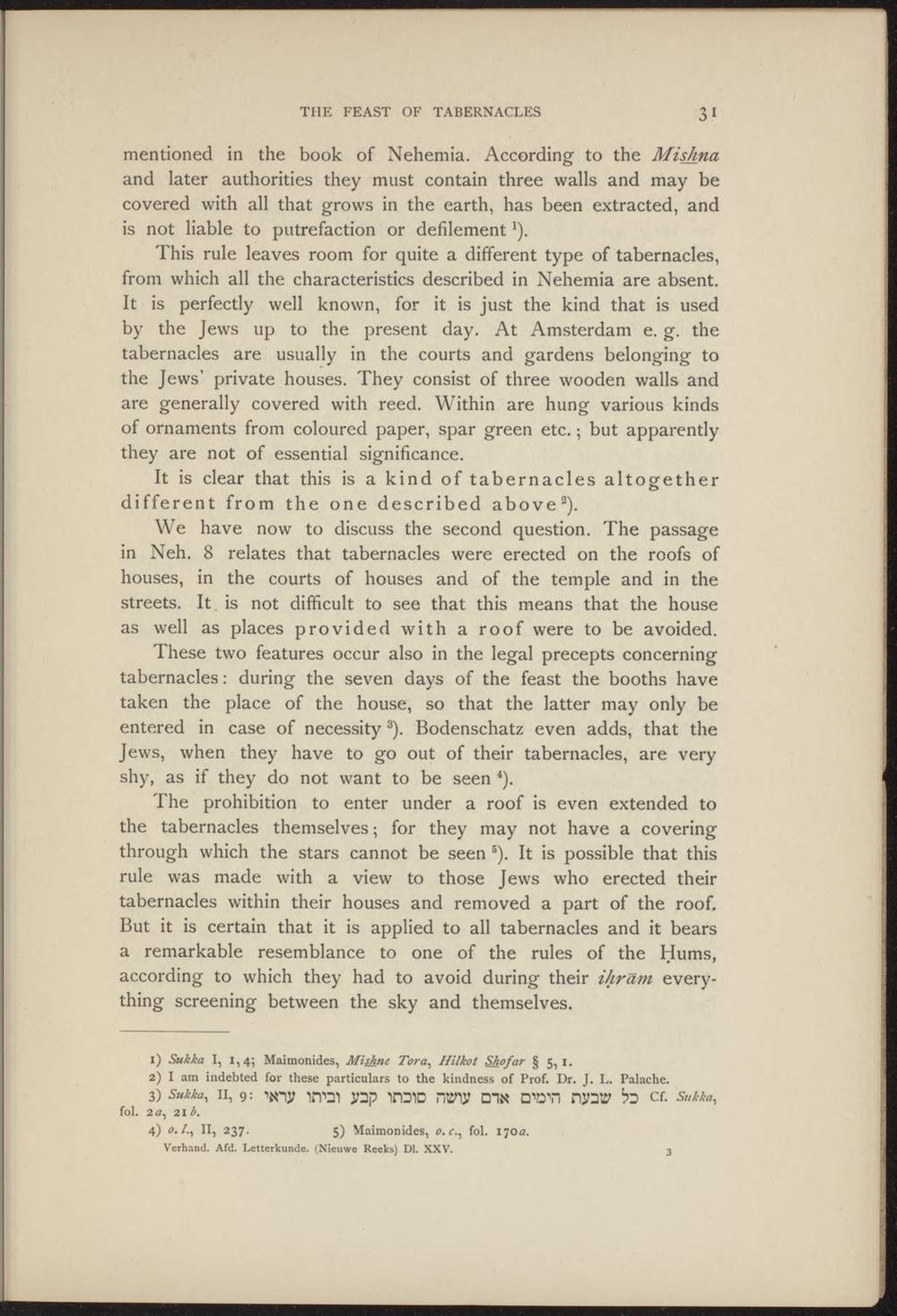 mentioned in the book of Nehemia. According to the Mishna and later authorities they must contain three walls and may be covered with all that grows in the earth, has been extracted, and is not liable to putrefaction or defilement*).

This rule leaves room for quite a different type of tabernacles, from which all the characteristics described in Nehemia are absent. It is perfectly well known, for it is just the kind that is used by the Jews up to the present day. At Amsterdam e. g. the tabernacles are usually in the courts and gardens belonging to the Jews' private houses. They consist of three wooden walls and are generally covered with reed. Within are hung various kinds of ornaments from coloured paper, spar green etc.; but apparently they are not of essential significance.

It is clear that this is a kind of tabernacles altogether different from the one described above8).

We have now to discuss the second question. The passage in Neh. 8 relates that tabernacles were erected on the roofs of houses, in the courts of houses and of the temple and in the streets. It is not difficult to see that this means that the house as well as places provided with a roof were to be avoided.

These two features occur also in the legal precepts concerning tabernacles: during the seven days of the feast the booths have taken the place of the house, so that the latter may only be entered in case of necessity3). Bodenschatz even adds, that the Jews, when they have to go out of their tabernacles, are very shy, as if they do not want to be seen 4).

The prohibition to enter under a roof is even extended to the tabernacles themselves; for they may not have a covering through which the stars cannot be seen 5). It is possible that this rule was made with a view to those Jews who erected their tabernacles within their houses and removed a part of the roof. But it is certain that it is applied to all tabernacles and it bears a remarkable resemblance to one of the rules of the Hums, according to which they had to avoid during their ihrarn everything screening between the sky and themselves.

2) I ara indebted for these particulars to the kindness of Prof. Dr. J. L. Palache.