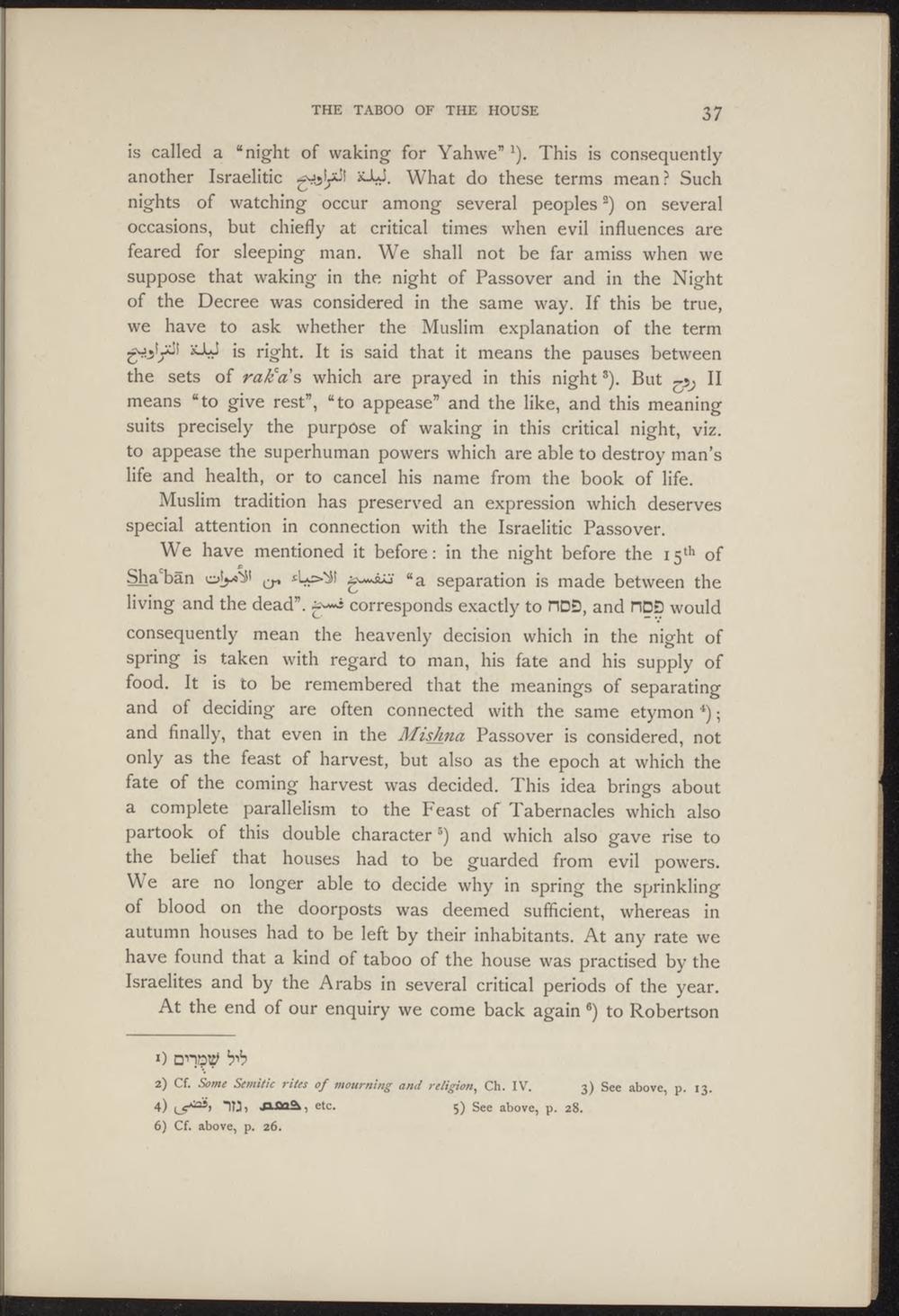 is called a "night of waking for Yahwe"x). This is consequently another Israelitic What do these terms mean ? Such

nights of watching occur among several peoples3) on several occasions, but chiefly at critical times when evil influences are feared for sleeping man. We shall not be far amiss when we suppose that waking in the night of Passover and in the Night of the Decree was considered in the same way. If this be true, we have to ask whether the Muslim explanation of the term ü_LJ is right. It is said that it means the pauses between the sets of rak'a s which are prayed in this nights). But II means "to give rest", "to appease" and the like, and this meaning suits precisely the purpose of waking in this critical night, viz. to appease the superhuman powers which are able to destroy man's life and health, or to cancel his name from the book of life.

Muslim tradition has preserved an expression which deserves special attention in connection with the Israelitic Passover.

We have mentioned it before: in the night before the i5th of Sha ban ^ "a separation is made between the

living and the dead". corresponds exactly to nDD, and riDö would consequently mean the heavenly decision which in the night of spring is taken with regard to man, his fate and his supply of food. It is 'to be remembered that the meanings of separating and of deciding are often connected with the same etymon 4); and finally, that even in the Mishna Passover is considered, not only as the feast of harvest, but also as the epoch at which the fate of the coming harvest was decided. This idea brings about a complete parallelism to the Feast of Tabernacles which also partook of this doublé character5) and which also gave rise to the belief that houses had to be guarded from evil powers. W e are no longer able to decide why in spring the sprinkling of blood on the doorposts was deemed sufficiënt, whereas in autumn houses had to be left by their inhabitants. At any rate we have found that a kind of taboo of the house was practised by the Israelites and by the Arabs in several critical periods of the year.