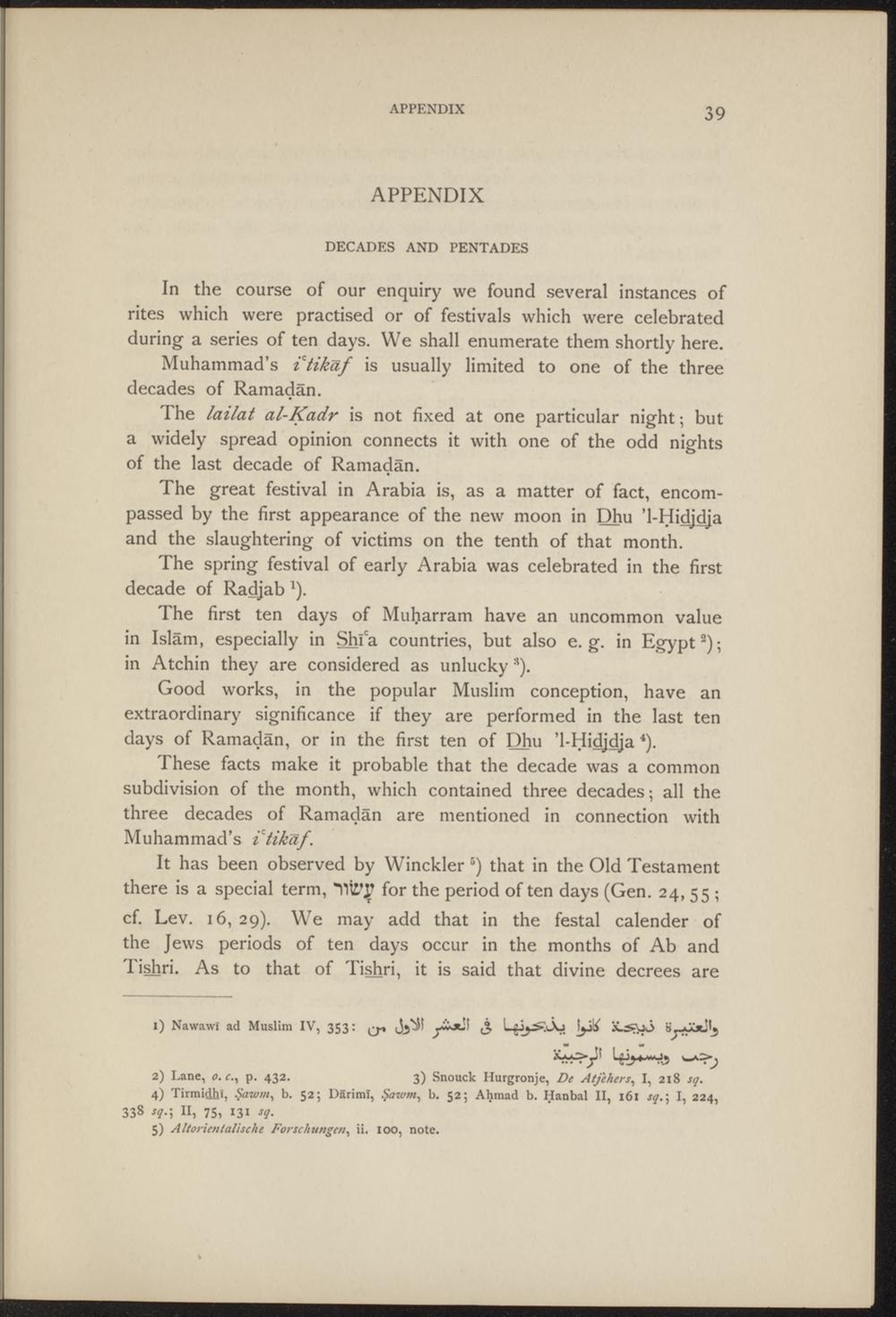 In the course of our enquiry we found several instances of rites which were practised or of festivals which were celebrated during a series of ten days. We shall enumerate them shortly here.

Muhammad's ïtikaf is usually limited to one of the three decades of Ramadan.

The lailat al-Kadr is not fixed at one particular night; but a widely spread opinion connects it with one of the odd nights of the last decade of Ramadan.

The great festival in Arabia is, as a matter of fact, encompassed by the first appearance of the new moon in Dhu '1-Hidjdja and the slaughtering of victims on the tenth of that month.

The spring festival of early Arabia was celebrated in the first decade of Radjab x).

The first ten days of Muharram have an uncommon value in Islam, especially in Shfa countries, but also e. g. in Egypt3); in Atchin they are considered as unlucky:i).

Good works, in the popular Muslim conception, have an extraordinary significance if they are performed in the last ten days of Ramadan, or in the first ten of Dhu '1-Hidjdja4).

These facts make it probable that the decade was a common subdivision of the month, which contained three decades; all the three decades of Ramadan are mentioned in connection with Muhammad's ïtikaf.

It has been observed by Winckler 5) that in the Old Testament there is a special term, for the period of ten days (Gen. 24, 55 ;

cf. Lev. 16, 29). We may add that in the festal calender of the Jews periods of ten days occur in the months of Ab and I ishri. As to that of Tishri, it is said that divine decrees are