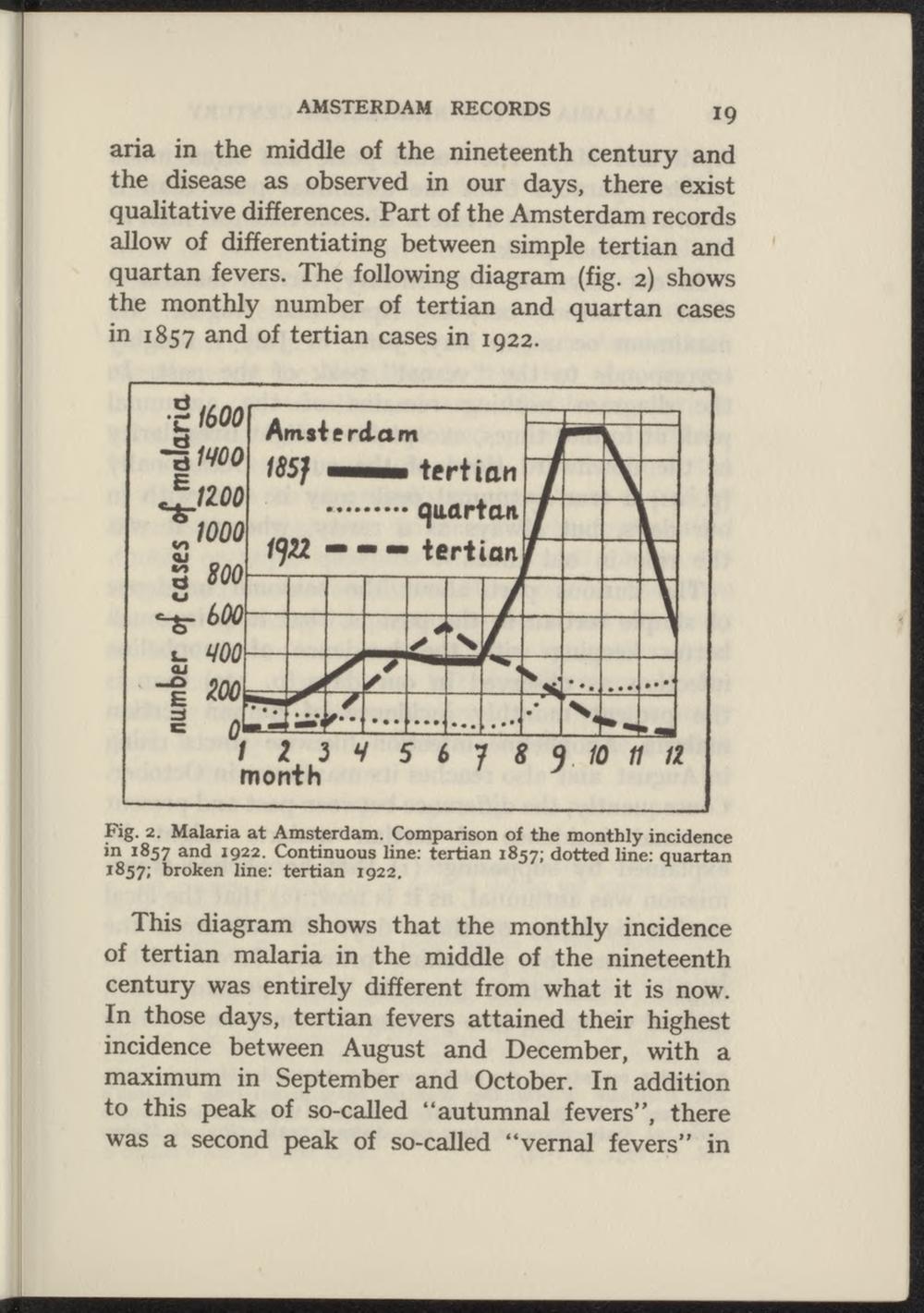 This diagram shows that the monthly incidence of tertian malaria in the middle of the nineteenth century was entirely different from what it is now. In those days, tertian fevers attained their highest incidence between August and December, with a maximum in September and October. In addition to this peak of so-called "autumnal fevers", there was a second peak of so-called "vernal fevers" in