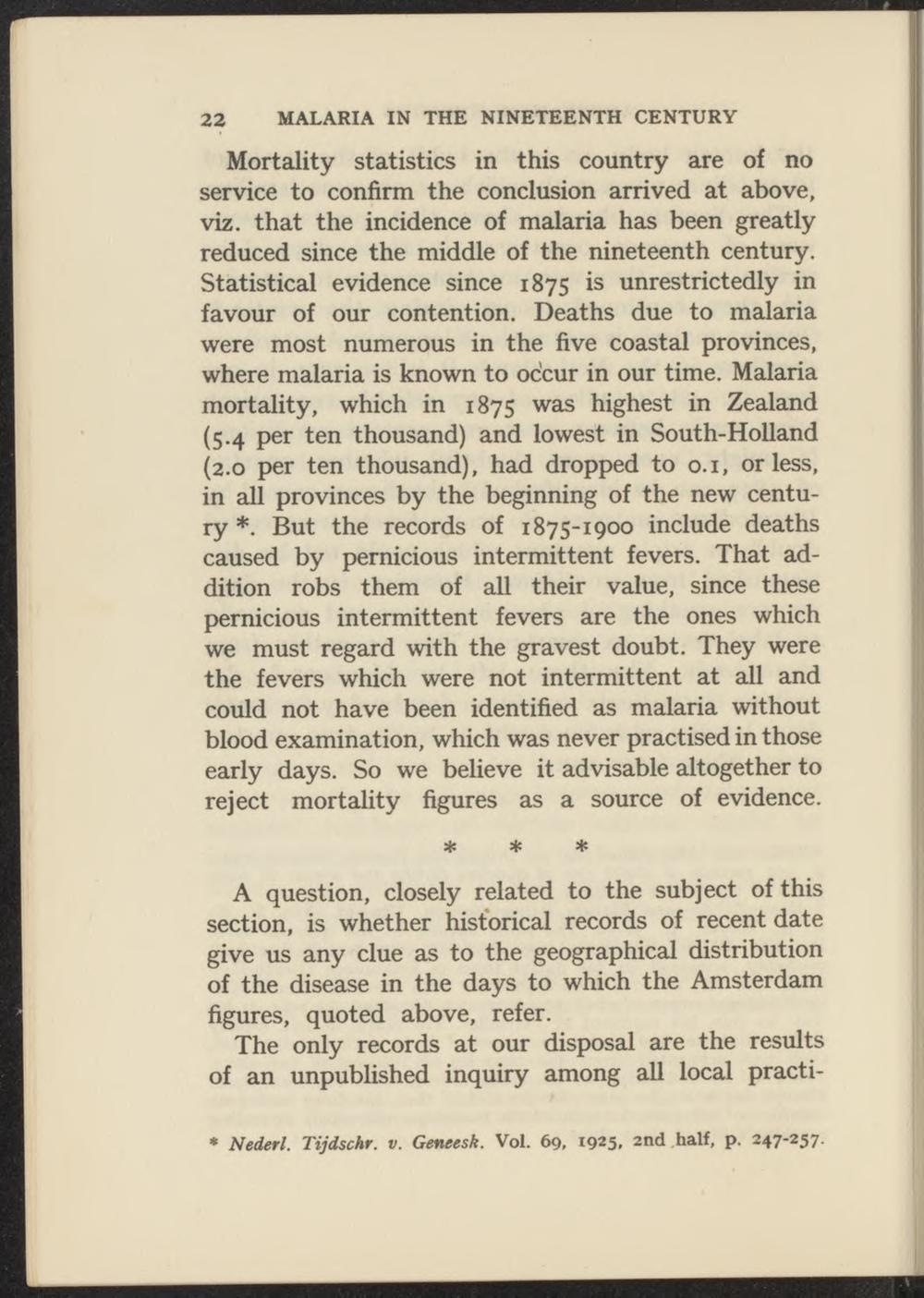 Mortality statistics in this country are of no service to confirm the conclusion arrived at above, viz. that the incidence of malaria has been greatly reduced since the middle of the nineteenth century. Statistical evidence since 1875 is unrestrictedly in favour of our contention. Deaths due to malaria were most numerous in the five coastal provinces, where malaria is known to occur in our time. Malaria mortality, which in 1875 was highest in Zealand (5.4 per ten thousand) and lowest in South-Holland (2.0 per ten thousand), had dropped to 0.1, or less, in all provinces by the beginning of the new century *. But the records of 1875-1900 include deaths caused by pernicious intermittent fevers. That addition robs them of all their value, since these pernicious intermittent fevers are the ones which we must regard with the gravest doubt. They were the fevers which were not intermittent at all and could not have been identified as malaria without blood examination, which was never practised in those early days. So we believe it advisable altogether to rejeet mortality figures as a source of evidence.

A question, closely related to the subject of this section, is whether historical records of recent date give us any clue as to the geographical distribution of the disease in the days to which the Amsterdam figures, quoted above, refer.